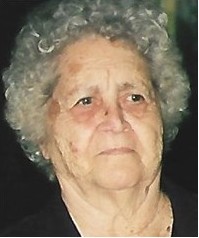 Nora Ellen Morris, daughter of the late Oliver Bales and Alice Willard Bales, was born September 4, 1920 in Thomasville, Missouri and died March 18, 2019 in West Plains, Missouri at the age of 98 years.

She was united in marriage December 1, 1936 in Thomasville, Missouri to Robert Morris, who preceded her in death October 30, 1988.

She attended the First Baptist Church in Thomasville, Missouri for many years. She loved to read. She was a homemaker who loved to cook and take care of her family. She loved all of her grandchildren, and even babysit for several of them.

Burial will be in Huddleston Cemetery, Oregon County, Missouri, under the direction of Carter Funeral Home, Inc., West Plains.