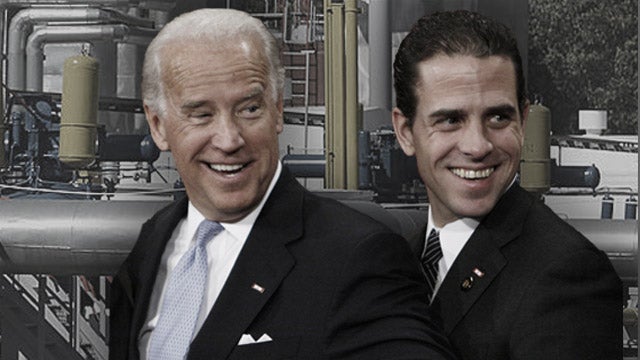 CALLER: Hey, Rush. God bless you. We’re all praying for you. Listen. I watched the debate last night, and, you know, Biden, like you said, looked very frail, and, if you remember, he actually brought up this whole business about the computer and the laptop first. It seemed like he just wanted to get it off his chest, and I couldn’t wait to watch the post-debate analysis on CNN afterwards, because, as we all know, they never carry the president live anymore.

They just wait ’til he’s finished and then they tell their viewers what they’re supposed to think about what they weren’t allowed to see, and they were gleeful about the fact that, “Well, nobody should believe any of this story about the laptop because we’re not covering it. It’s not real news. It’s nothing to worry about here.”

Only if you’re a Fox News watcher, you would understand what they’re talking about, and I just thought the fact that they were so gleeful and condescending about it was so telling about who they really are, and I don’t know where they go from here, because their credibility is shot beyond salvation.

RUSH: Well (sigh), where do they go from there? I mean, they’re locked in. They’re locked into anti-Trump for as long as Trump is. Anyway, there’s a story here from National Review Online. The editors have a message out there (I should call it an “editorial”), and it’s headline is, “The Media’s Shameful Hunter Biden Abdication — 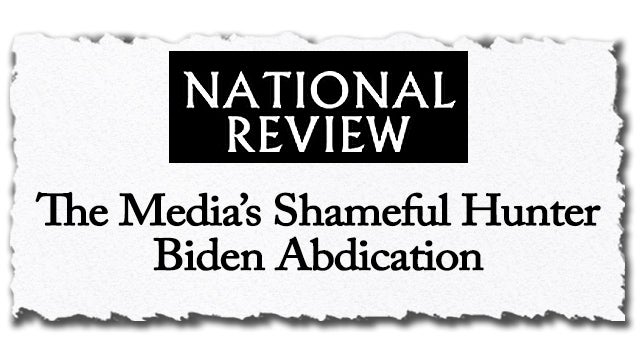 “In an interview with National Public Radio’s public editor today, Terence Samuel, managing editor for news, explained why readers haven’t seen any stories about the New York Post’s Hunter Biden email scoop. ‘We don’t want to waste our time on stories that are not really stories, and we don’t want to waste the listeners’ and readers’ time on stories that are just pure distractions,’ Samuel reasoned.

“‘And quite frankly, that’s where we ended up, this was … a politically driven event and we decided to treat it that way,’” and this guy, Terence Samuel, National Public Radio public editor, “speaks for much of the media, which has ignored or dismissed the emails out of hand. In her 60 Minutes interview,” we played you the audio, Lesley Stahl, said there’s no story there. There’s nothing! We can’t prove that.

Trump says, “Well, I’m the most spied on campaign.” “No, you can’t prove that! There’s nothing to see there.” The media is just gonna ignore it, and you say, “Where can they go?” Right where they are. But here’s the thing, folks. This what you have to know. Within the Drive-By Media universe — and let’s call it out. It’s no mystery. It’s the New York Times at the top of the heap, then the Washington Post.

Then you throw in USA Today and the LA Times, maybe. I don’t know. Some of the other big papers. Then you go CNN. Then you’ll have ABC, CBS, NBC, and PBS. Then you have MSNBC, and then you have all the little crumb crunchers following around trying to pick up the refuse. They are terrified of each other. They are scared to death to do anything differently from what they think the leaders of this pack are doing.

In this case it’s Trump’s bad; Biden’s good. Biden must win; Trump must be defeated. Trump must be ruined. No exceptions. “In contemporary media parlance, ‘distraction…’” Like this guy, Terence Samuel, calling the Hunter Biden laptop story a “‘distraction,’ like ‘Russian disinformation,’ is a euphemism for any story that harms the prospects of the Biden candidacy.”

Any story that might harm Biden is called a “distraction,” not news. It’s “Russian disinformation.” It’s a “distraction.” The bottom line is that way “[t]oo many journalists seem to live in terror of being blamed for reporting stories that might influence voters to reelect Donald Trump.” So to make sure that doesn’t happen, they go way out of bounds anti-Trump. They go way overboard anti-Trump.

That’s where we are, and that’s why.

So that’s where CNN is, and there’s not gonna be any change.