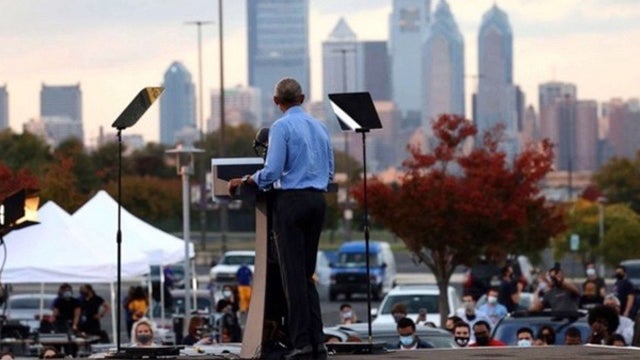 RUSH: For those of you watching the Dittocam, I have a little photo I want to show you. And we’ll put this up at RushLimbaugh.com if you are not watching on the Dittocam. That’s Obama in Philadelphia yesterday.

Now, I saw pictures of Obama in Philadelphia yesterday, and the only pictures I saw were tight shots of him near a podium in Philadelphia. He’s out there trying to get out the black vote for Joe Biden. Look. There’s nobody there, folks. He doesn’t even draw a crowd. This is the weirdest damn thing. Now, I have never been under the illusion that Obama is a great endorser. He doesn’t show positive impact as an endorser of candidates. Ask Hillary about it. But they still use him even though he’s proven not to be that good at it. And in this case there’s nobody there, folks. That is a zilch, zero, nada. 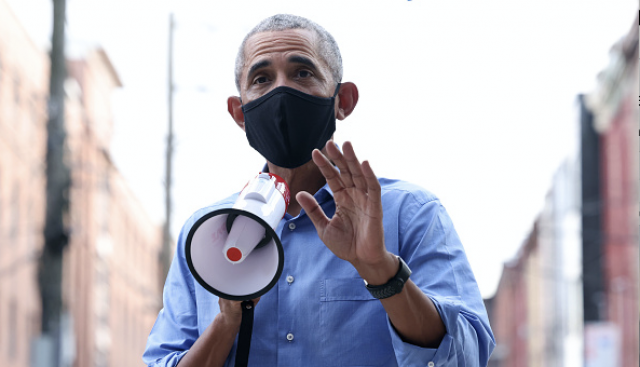 The one picture I found is of behind the podium where you could see the crowd. Every other picture is a tight shot of Obama holding a megaphone. He doesn’t need a megaphone to be heard by these people. Okay, Brian, you can take that off. If you wondered why the media was only showing tight shots of Obama, that is the reason why.