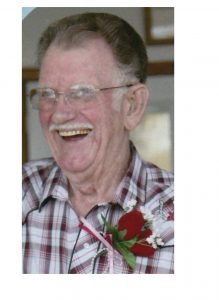 He was born the son of the late Clarence Raymond Barks and Flora Wheat Barks, on February 2, 1938 in Howell County, Missouri and died September 3, 2019 in West Plains, Missouri.

He was united in marriage to Helen Peaker and to this union, four children were born, Michael James Barks, Hubert Ray Barks, Timothy Lynn Barks, and Verlin G. Barks. He later married Geneva Skaggs on April 23, 2011 in Winona, Missouri.

He was an avid truck driver for Marathon Electric for many years. He loved to coon hunt, fish, and spend time with his family and friends.

Burial will be in New Liberty Cemetery, Howell County, Missouri, under the direction of Carter Funeral Home, Inc., West Plains.