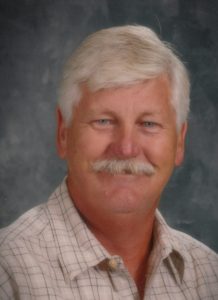 Graveside services for Pastor Kenneth Kjolstad, 68, West Plains, Missouri, will be held at 10:00 a.m., Saturday, April 6, 2019, at Howell Valley Cemetery, with Pastor Scott Miller, Pastor Joshua Paynter and Brother Mike Caldwell officiating, under the direction of Carter Funeral Home, West Plains. Immediately after the burial, there will be a celebration of life service at the Abundant Life Baptist Church, West Plains at 11:00 a.m.

He was born the son of the late Johan Kjolstad and Jennie Twetan Kjolstad, on February 22, 1951 in Queens, New York and went home to be with the Lord March 25, 2019.

He was united in marriage May 20, 1972 in Deer Park, New York to Barbara Landal.

He was preceded in death by his parents and two sisters, Joanne Kjolstad and Judy Sanguedolce.

He was the pastor at the Abundant Life Baptist Church, West Plains, Missouri for nineteen years. He also was a bus driver and monitor for approximately seventeen years for First Student.

The family would like to give special thanks to Lorna and Linda and the rest of the staff of Hospice Compassus.