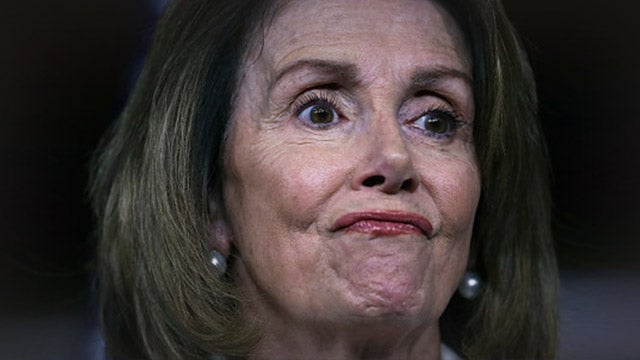 RUSH: Nancy Pelosi is out there. In addition to bragging about winning the House, she is saying that subpoena power is a wonderful weapon to have in your quiver. It’s a wonderful arrow to have in your quiver. Now, this is representative, illustrative of the fact that they believe everybody hates Trump the way they do and that everybody wants to see Trump in jail, charged with something, frog-marched out of the White House.

They want to see Trump investigated. They’re already… There’s a story here in The Week, which is a left-wing-oriented publication, “How the Mueller Fairy Tale Ends.” There’s two or three of these stories out there now. This is just the latest about how, you know, Politico had one. We told you about it yesterday. Don’t get your hopes up; it looks like the Mueller report’s not gonna have anything. In fact, it may never even be made public, Politico said yesterday.

All kinds of warnings now from the Drive-By Media cautioning people to lower their expectations on the Mueller report. Do you know there are Democrats — there are educated Democrats — who literally have believed all this time that Mueller has the smoking gun and that it’s just a matter of time that Mueller is going to reveal the proof and the evidence that Trump stole election. This is how deranged they are. This is how distant and absent they are from common sense and reality.

There’s something not right about these people, folks. They’ve gone off the deep end and collectively so. This is not just a few Democrats, a few leftists. This is pretty much all of them believe to one extent or another that Mueller has the goods because the goods are there to be found. Even though media hasn’t been able to find and report ’em, they’ve got this hope invested. So now there are two or three different stories warning Democrats to lower their expectations.

This latest one here from The Week (it’s a really long piece) is, “How the Mueller Fairy Tale Ends.” The author, Matthew Walther, hates Trump. He’s bitter. He’s bitter about having to admit that the investigation has gone nowhere. That’s why he’s calling it “the Mueller fairy tale.” They’ve really believed! Despite the absence of any evidence, despite what there is to know about how the FBI stacked the deck and planted spies and invented the Steele dossier that was Hillary’s.

Despite all of this that’s known, they either don’t know it because they haven’t exposed themselves to media reporting it, or they have heard it and are ignoring it. We’re actually in a political battle with people who are not right mentally. Forget emotionally. These people are not right mentally. You see them protesting Mitch McConnell and his wife having dinner at a restaurant in Kentucky.

They’re not right! There’s something really, really off about these people, and I think they’ve been driven to various degrees of insanity by professors, teachers, and the media. They’ve been lied to for so long about things that the things they expect to happen, the things they think are real are so devoid of reality and truth that they’re unable to accept it.