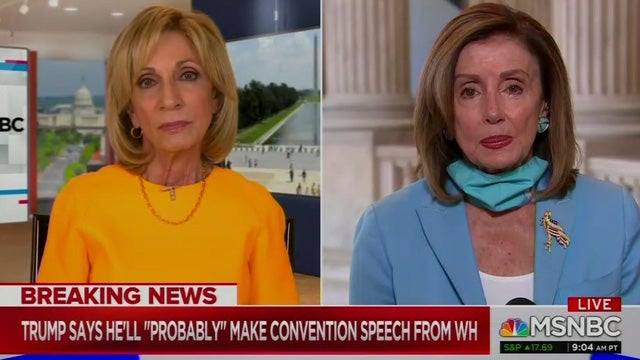 I just love this stuff.

RUSH: Here’s Pelosi, by the way, on Andrea Mitchell, NBC News, Washington. Pelosi is livid. Trump really started a fire today when he announced that he’s thinking about giving his acceptance speech being nominated again by the Republican National Committee at the White House.

PELOSI: It’s very wrong. It won’t happen, let’s put it that way, whether it’s legally wrong, ethically out of the question. It shouldn’t have even be something that was expressed.

MITCHELL: Can you stop him?

PELOSI: He can’t do that.