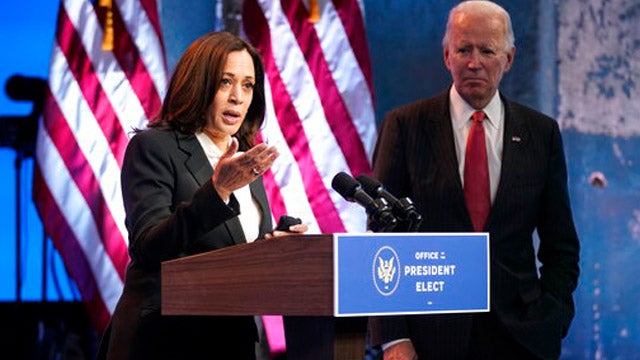 RUSH: Plugs Biden’s doing press conferences and you don’t know what he’s talking about again. In fact, let’s listen to that. I mean just to make sure I get to this because these are sound bites 13, 14, and 15. I may never get that deep in the sound bites. This is the kind of stuff, I’m telling you – well, let me let you hear it first, and then I’ll tell you how it’s gonna be used. 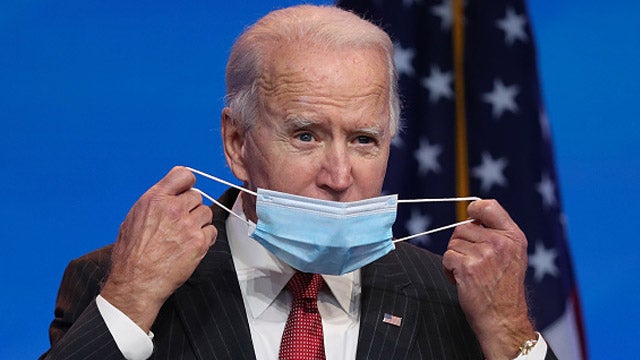 RUSH: “After we do what all must be done, we’re gonna get to the bottom of (unintelligible),” said Senator Kennedy. Okay. So that was at a press conference. The Drive-By Media heard that, and they said, “You know, we don’t want to talk to this guy.” Have you ever seen a reporter tell the supposed president-elect to step aside and let the VP take over? Because it happened.

YAMICHE ALCINDOR: If I could ask a question to the Vice President-elect, would that be okay?

ALCINDOR: Vice President-elect Harris. My question is, “Is there anything that you heard from governors today that made you specifically concerned — 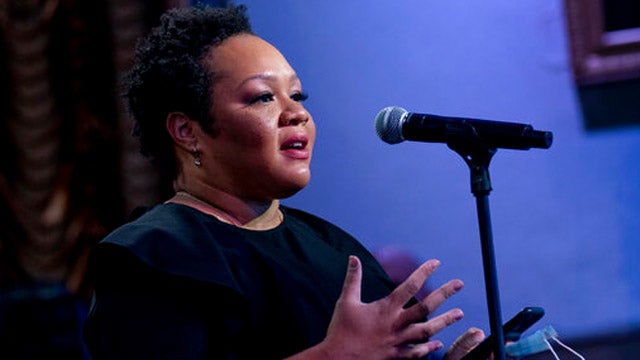 RUSH: Stop the tape. Recue it. I have to make sure you know what’s happening here. We’re gonna go back for the fun of it. We’re gonna play sound bite 13 again. Biden is telling the Drive-Bys about his conference call that he had with the governors. The assembled media, all Biden’s supporters, are eager to help. They’re there witnessing Plugs and here is sound bite number 13.

So now we have a question from Yamiche Alcindor following that answer.

YAMICHE ALCINDOR: If I could ask a question to the Vice President-elect, would that be okay? 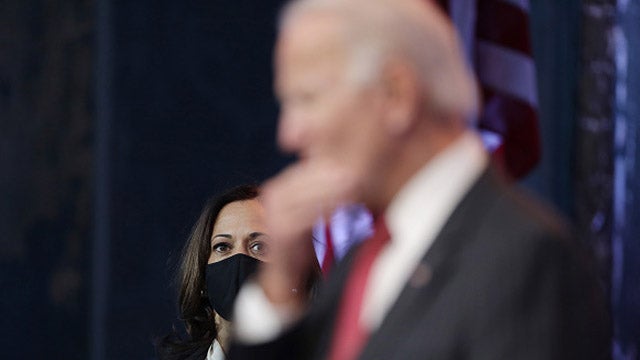 ALCINDOR: Vice President-elect Harris. My question is, “Is there anything that you heard from governors today that made you specifically concerned about vulnerable populations, especially as I talk to Americans who say, “I don’t have the privilege to work from home. I don’t have the privilege to social distance if I’m living in a house with multi-generations.” Are you, did you hear anything that concerns you specifically, and what can we do for them, as a country?

RUSH: The president of the United States is standing right there. He may not know it, but he is. He’s standing right there. He has just tried to brief the Drive-By Media on a conference call with governors about the deployment of the National Guard and whatever. His answer was incoherent, so the Drive-Bys asked the vice president, supposed vice-president-elect, with the president-elect’s permission. Is there anything you heard, Madam Harris, is there anything you heard from the governors, ’cause they don’t dare ask Plugs again. This guy was elected president. Again, that doesn’t compute.

HARRIS: We heard a lot from the governors including that, including the concern that African-Americans, Latinos, Native Americans, people who live in rural communities, people who as — as — as groups of people have historically been under resourced and underserved, and so there was consensus among the governors, bipartisan consensus that our federal strategy should reflect those concerns in a way that we support the states with the resources they’ll need to get to the folks who have been often overlooked or ignored.

RUSH: And there is your answer. And it’s right out of the far-left identity politics playbook. An answer that did not come from the supposed president-elect because he was not, I guess, capable of even understanding the question he was asked. So they go to Kommie. They ask Kommie the question. She gives a sufficient answer for it. This, ladies and gentlemen, this is the kind of stuff — you wait — this is the kind of stuff that they’re gonna use the 25th Amendment for to get rid of him.

Chaos erupts as VP Pence walks away from the podium
pic.twitter.com/01U4TaIwW6

THE VICE PRESIDENT: Thank you all.

REPORTER #2: This is ridiculous! Why is the federal government not taking questions?

REPORTER #3: All of you need to answer this!

REPORTER #2: Why is the federal government (crosstalk) …?

REPORTER #1: What is going on!

REPORTER #3: And you’re not working with the transition.

REPORTER #2: You’re all part of not recognizing democracy! You’re all undermining the democratic elections! Every one of you!

REPORTER #2: Why is the federal government —

REPORTER #3: And you won’t work with the transition!

REPORTER #2: — not taking any questions? 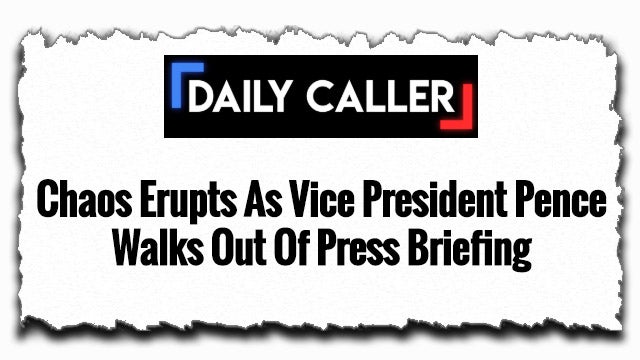 RUSH: Holy. What you have there or what you had there was I don’t know how many years of pent up frustration that Pence was vice president at all, four years of frustration that Trump was president at all. I mean, that was quintessentially childlike. If you were unable to hear because of they were all talking at the same time, here are some of the questions (summarized):

Oh, boy, are these people ticked off. Why would Pence take questions from these people? There hasn’t been a legitimate question they’ve asked Pence or anybody else since this whole coronavirus thing began. Every question is gotcha. Every question is insulting. Pence and the team give the information, latest information, and they walk out of there. Intelligence guided by experience.

Why give these people unrestricted aim to take their little cheap shots?

Here’s Barack Hussein Obama last night on Jimmy Kimmel Live. He’s going on a comedy show — supposed comedy show. Kimmel says, “You know the White House well. You lived there for eight years. Are there places someone could hide, like if, say, they were going to be removed” and they didn’t want to be removed? “Are there little cubbyholes or anything we should know about” where Trump could go and not be found and not leave? 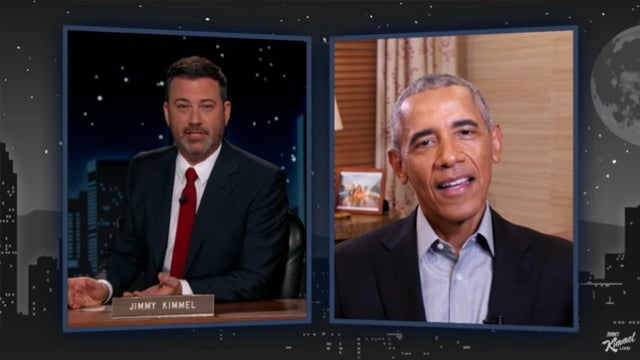 OBAMA: Well, uhh… I — I think we can always send the Navy SEALs in there to dig ‘im out.

RUSH: We’ll send in the Navy SEALs to dig him out. Comedy Central, the Jimmy Kimmel show last night. So those are some of the comedy bites that we have for you to kick off Open Line Friday.

RUSH: Some details about Joe Biden’s 15-minute press conference yesterday. As the media-proclaimed president-elect, Biden reverted type. He could barely put two sentences together, as you heard. Even though he only called on four preselected, friendly reporters. Even though the questions were laughable softballs. Anyway, at one point, while referring to the Defense Production Act, Biden said that he would dictate to companies.

He’s gonna tell ’em what to do. He’s gonna “dictate” to companies ’cause he’s tired of companies running roughshod over the American people. Now, that, folks, is what textbook fascists do, where government does not own the means of production as they would under communism. But instead, the government dictates what the people who own the means of production do — and this is what Biden is happily preparing to do. 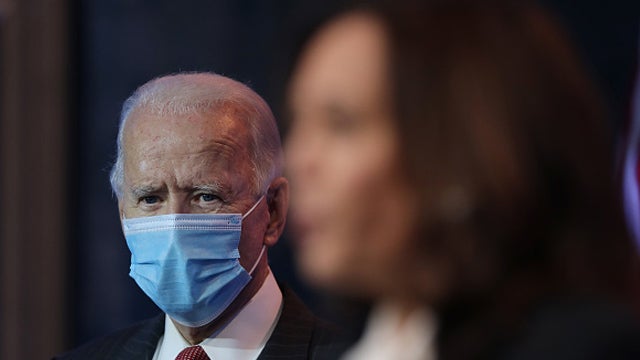 He “bumbled through another appearance,” vowing to dictate to companies, and the journalists covering this so-called press conference debased their profession by allowing it to go on and not challenging anything that they heard, not questioning anything. In fact, they were covering for Biden, as you heard, by saying, “Hey, would you mind if we asked a question to your vice president?”

“Sure. Go right ahead,” he said. If anybody was hoping the third time would be the charm — that maybe we would get some tough questions, constructive questions at a postelection Joe Biden press conference — Thursday illustrated it isn’t gonna happen. ABC senior correspondent Mary Bruce asked Biden the first of two questions: