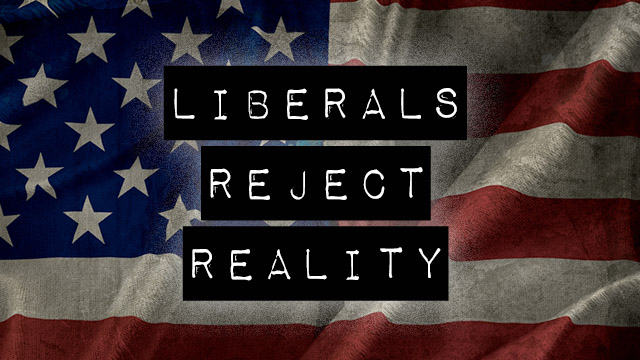 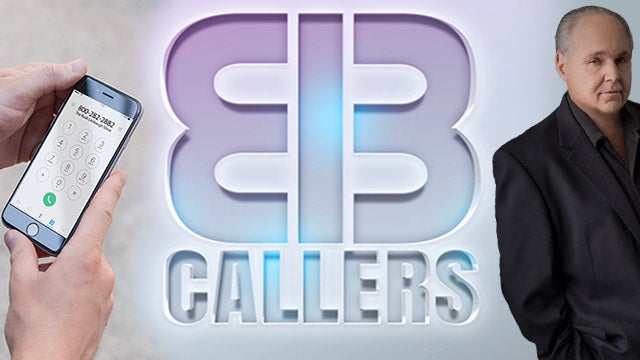 RUSH: We go to Philadelphia. Tim. Great to have you, sir. How are you doing today?

CALLER: I’m doing great. How are you, Rush?

RUSH: Fine. Thank you. Great to have you with us.

CALLER: Thank you. So I just wanted to call in and say that your description of the Democrat Party platform was a little distorted. While I agree that they do or they’re mostly anti-Trump, the whole fascism, Stalinism, taking away the First Amendment, I don’t think anybody holds that other than these Antifa and college kid idiots. 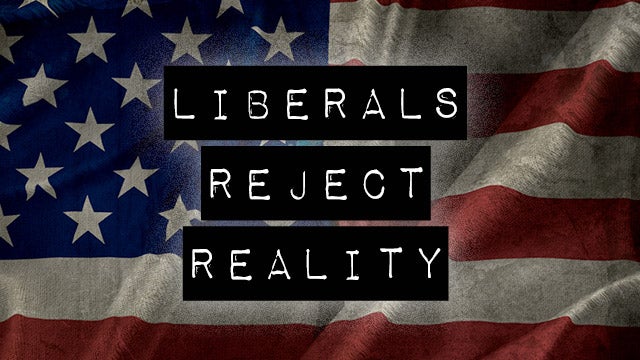 I think what the Democrat Party stands and commonsense liberals, they stand for environmental protection, consumer protection, Medicare for all, Wall Street regulation, insuring asylum seekers, children don’t get put in cages, scaling back the wars, and I don’t think that’s even not compatible with how a lot of conservatives feel in the country.

RUSH: That may be the Democrat Party platform, but that is not what Democrat candidates are running on, with the possible exception of this big lie that Trump is putting kids at the border in cages. You’re referring to the separation of families at the border, which has been happening for I don’t know how many decades. Trump didn’t start it; Trump actually tried to end it, wasn’t permitted to do so.

CALLER: So would you agree that the thing that I just put forth, though, would be a common sense thing for them to be running on and would actually make them a lot more competitive rather than being influenced by what we’re seeing on college campuses and these radicals that have no idea what they’re talking about?

RUSH: You know, it’s not just college campuses though, Tim. Democrat senators are beginning to talk this way. Elected Democrats are starting to echo the stuff that we’re hearing from Antifa and Black Lives Matter and some of these other radical groups. There’s a reason the Democrats are not running on this stuff. It either isn’t working in their focus groups or what have you. I mean, they’re running on tax increases? That is the one policy issue that they do talk about: We’re gonna go back and raise taxes. Pelosi talks about it, and Chris Van Hollen, now a senator from Maryland.

Your standard, ordinary Democrat Party platform, as you mentioned it there — environmental protections, Medicare for all — those are things that I don’t think play well right now with the general public, given the overall status of the American economy because those things never have created prosperity and people are figuring it out now. Those things are based on America whose best days are behind us, based on an America where there’s no opportunity left, and only the government can provide for people. And a year and a half of Trump has proven that that’s not the case.

RUSH: I need to commend the first caller we had today. He was a polite liberal who lasted longer than 30 seconds and did not ever reduced to name-calling, and it was a pleasure to speak to him.

There was only one trait that… It’s not really common to liberals. It’s a debating technique. “I’m sure, Mr. Limbaugh, you’d agree with me that,” blah, blah, blah. I didn’t react to it. He was listing things on the Democrat Party platform, which they’re not running on. They’re not campaigning on their party platform. That’s my whole point. But he mentioned Medicare for all. There’s nothing responsible about that. That’d cost $32.6 trillion over 10 years. But that’s what jogged my memory. I want to go back to the Democrat candidate in Ohio 12 today, ’cause this really intrigues me.

This guy’s 31 years old. He’s considered up-and-coming, a rising star in the Democrat Party. He’s 31 years old, hot to trot. I want you to listen to the two things that he mentions that he says are on the minds of Democrat voters in Ohio 12. Keep in mind now, this is a Republican-heavy district forever. The Republicans have held this seat for like 33, 35 years. So there are not a majority of Democrats in the district. But the question he got… He was on the Today show today, and the question he got was, “How much is President Trump on the ballot in your election tomorrow?” meaning today. Listen to this answer… 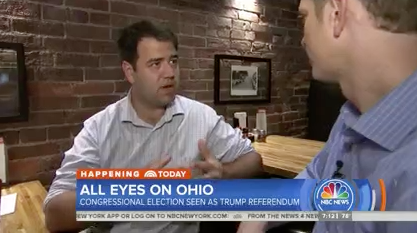 O’CONNOR: He’s not, and when I talk to folks, one thing I love to ask families is I say, “What are you worried about? What keeps you up at night?” And it’s, “Is my Social Security gonna be cut? Is Medicare gonna be there for me?”

RUSH: Okay, this guy is 31 years old. “Is my Social Security gonna be cut?” When was the last time that anybody remembers a Democrat literally campaigning on the notion that Republicans are gonna cut Social Security? Do you realize how old and outmoded and antiquated that is? Look, if you’re a Democrat in Ohio 12, I’m not at all being critical of you. I’m talking about the strategy here. That is… It’s become a cliche. It is so old and it’s so ineffective, it’s not even used anymore.

The reason it’s not used is because the Democrats used it for so many years, and they made a lot of hay with it. You go back to the fifties and sixties and even through the eighties. It was a staple of every Democrat campaign — local, state, national — “Republicans are gonna cut your Social Security,” and it worked for a while. Senior citizens don’t have much. They can’t take a chance on that. So they’re always gonna vote for the people that promise not to take it away from ’em.

But after decades and decades and decades, the only thing that ever happened to Social Security was the payments increased. It was never taken away. There was never even a move to take it away! Nobody has ever made a move to take Social Security away. There may be change in means testing it, changing the retirement age, but nobody has ever talked about taking it away. Yet here is the 31-year-old Democrat reviving this claiming this is what’s on the minds of voters in his district.

Wouldn’t you think it’d make more sense when you get the question, “Is Donald Trump on the ballot in your election?” that the answer should have been, “Hell, yes, he is. These people hate him. Trump is making a mess of things. Trump is ruining America. Trump’s making people angry.” That would have been the answer here if the Democrats are to be consistent, if they’re trying to win these elections on the basis of everybody hates Trump and everybody’s embarrassed of Trump and the people that voted for him regret it. But what is this guy doing bringing up cutting Social Security?

Is Trump talking about cutting Social Security? Is Troy Balderson talking about cutting Social Security? And then Medicare! “Is my Medicare gonna be there for me?” The only thing about Medicare that’s been in the news is Medicare for all and $32 trillion. Who cares? So my point is that those are very old pages from a very old and antiquated Democrat playbook. And this guy is young. He’s 31 years old. And for those to be the two things that he says are on the minds of his voters when everything we’ve been led to believe is that the Democrats only care about one thing:

They hate Donald Trump. They got to get rid of Donald Trump, and they know that to get rid of Donald Trump they’ve got to win the House back from Republicans. I mean… (interruption) No. No, no, no. It just struck me as strange. I haven’t heard a Democrat… Maybe you have where you live in a local election. I haven’t heard Democrats running on the fear that Social Security is gonna be taken away. If that’s what your voters are telling you, somebody has to be saying something to make them think that it’s gonna be taken away.

Who in the world has been campaigning the last 20 years on ending Social Security? Somebody give me a name. Bzzt! Bzzt! No names. Nobody has a name because nobody has. Very, very strange. You’re on the Today show. You have a chance to hit a grand-slam home run. “Yes Trump is on the ballot in my district. People hate him! A lot of people in my district regret voting for Trump.” I can hear that answer like I could make it up myself. But that’s not what the guy said.

Maybe I’m reading too much into it. But that’s just me.

RUSH: Let me try again. I’m asking, “Why didn’t the Democrat candidate in Ohio 12 talk about banning ICE?” It’s a big tenet in the Democrat Party agenda. They want to get rid of ICE. They don’t want there to be any policing at the borders. They don’t want any wall. Come in, come in. If you want to come to America, come on in. We’ll find a way to accommodate you. Get rid of border law enforcement, where was all that?

Now, some people have said, “Rush, have you looked at the demographics of Ohio 12?” No, I haven’t. “Well, I did, Rush. And it could well be the demographics suggest that quite a few seasoned citizens live there. And it’s a heavy Trump district; so maybe the only thing they can do is go back and scare seasoned citizens in a way that’s always worked.” It hasn’t worked. That’s the point. It hasn’t.

Nobody associates cutting Social Security and cutting or ending Medicare with Trump or certainly with Troy Balderson. Where does this stuff come from? It comes from an antique page of the playbook. Now, in the days when there was no opposition like me, that stuff worked like a charm, folks. It’s not coincidental that that stuff stopped working when this program and alternative media began to pop up, which is why, among many reasons, they’re trying to get rid of alternative media so these age-old shibboleths go back to being effective.