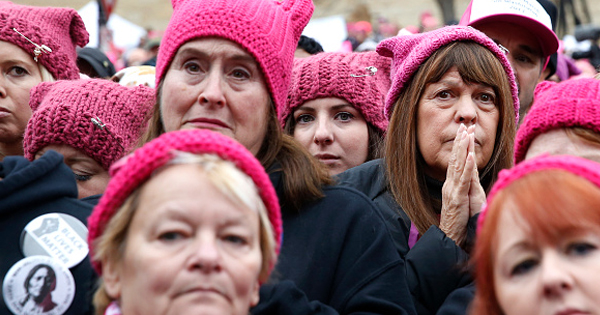 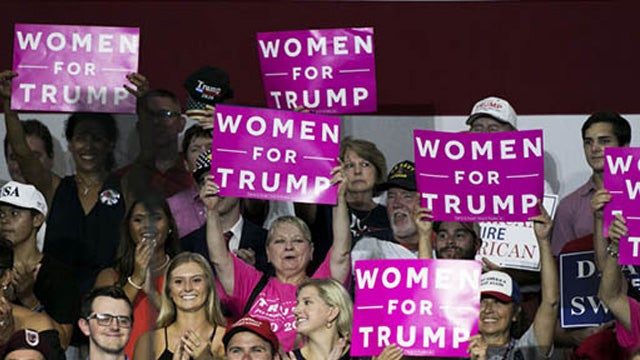 They despise him. “He’s gross. He’s an ogre. Yuk!” Isn’t that the impression that’s been created? Well, it turns out that Donald Trump’s approval rating among Republican women is 93%. Republican women have a higher approval number than Republican men of Donald Trump. But if I’ve seen one story, I don’t know how many I’ve read that women hate Trump — and every one of those stories leave out that there’s a lot of women who do, who really like the guy.

We hear from them every day on this program. Now, the polling that produced this happened before the current slate of news on the wall and funding for border security and all that. I don’t think it would have affected the results. A pull quote from the story: “Still, some of us on principle don’t feel at home with the conventional wisdom, even as we admit its undeniable reality. So this week we are going to spend some time with what may be America’s most determined political outliers — the women who love Trump. …

“Mr. Trump’s overall approval rating in the Fox poll is 46%. His approval among Republican women is 93% — eight points beyond his approval among GOP men. Republican women outrun men in their support for Mr. Trump on virtually every issue Fox polled. These women aren’t doubt-free” Trump supporters. They’ve got some things they don’t like. “Of that remarkable 93% figure, 36% ‘somewhat’ approve of him.” I’ll just give you the data there because it’s something that nobody would believe simply based on news reporting. The bottom line is that Trump is much more popular and appreciated than, of course, the Drive-Bys are gonna report.