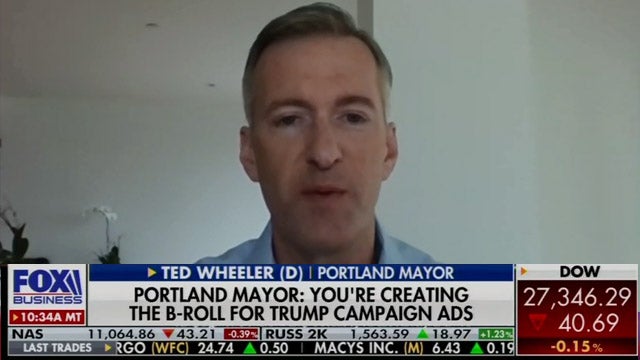 RUSH: Let me share this with you. This is audio sound bite number 11. This is this hapless mayor of Portland, Oregon. This is last night. He held a news conference to talk about the riots. Listen to this.

TED WHEELER: (webcam) When you commit arson with an accelerant in an attempt to burn down a building that is occupied by people that you have intentionally trapped inside, you are not demonstrating. You are attempting to commit murder. You are creating the b-roll film that will be used in ads nationally to help Donald Trump during his campaign. If you don’t want to be part of that, then don’t show up. 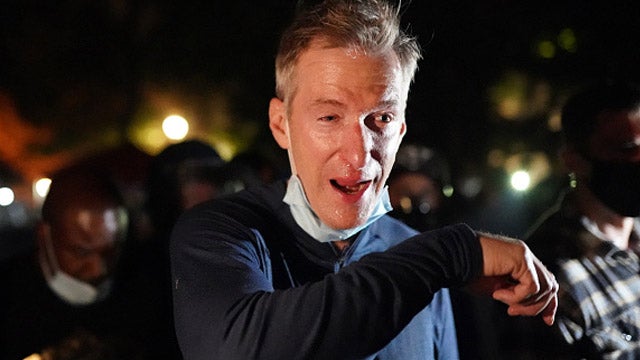 RUSH: May I translate this for you? What do you think this guy was saying there, Mr. Snerdley? There’s no right or wrong. I just want to know what you think he was saying. (interruption) Right. (interruption) Right. The mayor of Portland, Oregon, is telling rioters that, yeah, they’re attempting murder, but worse than that is that they’re helping Trump. If it wouldn’t help Trump, the fact that you’re, you know, maybe killing people, wouldn’t be that big a deal. But since it’s helping Trump, you gotta stop it.

This is — well, it’s great in one sense. The mayor of Portland, who himself got tear gassed by the very mob that he thinks he’s simpatico with — you remember that? The mayor went out there one night when they were rioting and protesting and creating general mayhem and wanted to cheer them on. He ends up getting tear gassed out there. His eyes are bleeding and watering and all sorts of things, he’s proud of it.

And here’s another — grab sound bite number 23. This is Chris Bedford. This is related to nothing. This is just a good observation I want to share with you. This happened last night on Tucker, Tucker Carlson of Fox News Channel. Chris Bedford is the editor of The Federalist. And the question he was asked, “Do you notice the wholesale countrywide change in attitudes at least among our leaders in the last seven months? All of a sudden we resemble what we said we hated.”

BEDFORD: American left is different from a lot of the global illiberal lefts in that they’re the only ones that don’t like their country. The Cubans, the Soviets, the Chinese they’re all fiercely patriotic. We don’t have that, but we have a lot of the other things. We have that insidious phrase that you are on the wrong side of history. 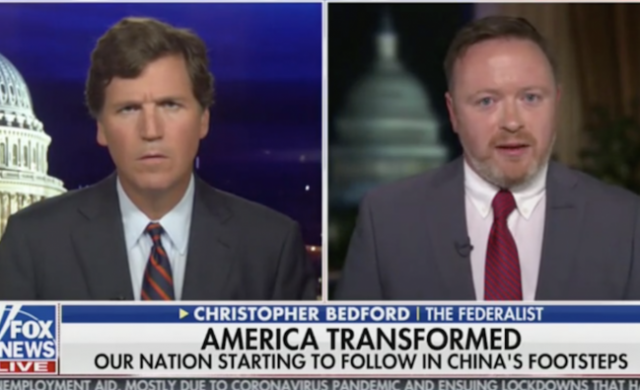 RUSH: I think this is a really, really fascinating observation. It’s an observation that I wish I had made. This guy’s pointing out that the American leftists are the only leftists in the world that hate their country. The ChiCom leftists love China. The Cubans love Cuba. I’m talking about the leaders. Fidel Castro loved Cuba. You go to the Soviet Union, slash, Russia, Putin loves it. They never rip their own country to shreds. These leftists hate their country.

“Yeah, but, Rush, they haven’t taken it over yet like the Cubans have been taken over and like the ChiComs have been communists for a long, long time since Mao Tse-tung. And the Russians and the Soviets, they’ve been communists since World War II, even before that. But they haven’t pulled it off yet here.” I understand that. But you know what? I think the hatred is so ingrained and the unhappiness, the misery, the discontent, I think it’s so ingrained, such a natural part of their existence that, remember, whatever, whenever they get whatever they demand, it never makes them happy, right? They always want and demand more.

I’m thinking that even if they were to pull this off, which they’re not going to in this election, anyway, because we don’t have a majority of Americans that agree with socialism or communism and want the country to become that. But even if it did and the left was victorious, they still wouldn’t be happy, and they would still be ripping the country, even after they run it.

Look at the places they do run. Look at Minneapolis, Minnesota. Look at Oregon. These people are not happy. And they run it. And they’ve been running it without any opposition, essentially, for decades, in the case of Oregon and Minnesota, Chicago. Do those people look happy to you? And why is that? Well, because there’s opposition still. Even in places that they dominate and run, there is still opposition, and opposition makes them miserably unhappy.