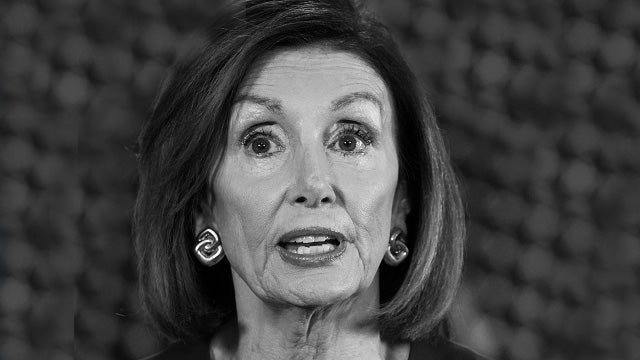 RUSH: Bill Hemmer and Bret Baier and some Fox people are out there at the Reagan library, some big event going on out there this week. So Hemmer decides he’s gonna play a sound bite of my appearance on Fox & Friends today for one of their reporters, Ed Henry, and we have these two bites. I just want you to hear them. Here they are.

HEMMER: Here’s Limbaugh from earlier today. Have a listen here. 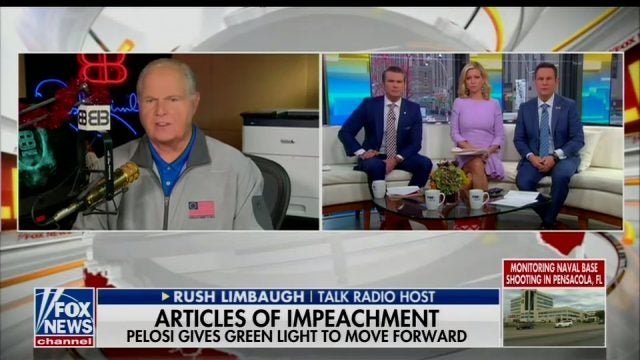 RUSH ARCHIVE: I don’t have anything to run on. They literally have nothing. They have sacrificed every bit of concern for the American people. They’re making no bones about the fact they really don’t care.

RUSH: So then Hemmer says, “So there’s some political risk in there for the Democrats, like Limbaugh says. I don’t know what your sense is, Ed. They say Nancy Pelosi counts noses better than anybody. Is she at the number she needs for this vote or not?”

HENRY: I don’t think she’s at the number today because I think there’s gonna be some moderate Democrats in the House that are concerned this is gonna be expanding, that now, all of a sudden, the articles may include the Mueller report, the obstruction of justice charges there. I think there’s a political cost that Rush Limbaugh was referring to. You know where Rush is coming from. Obviously, he’s gonna be against Nancy Pelosi either way. But his point is valid that Pelosi hasn’t gotten anything done as speaker. I thought they were gonna focus on the economy and jobs and health care and all these wonderful things when they won the midterms. Instead, they focused on investigating the president. 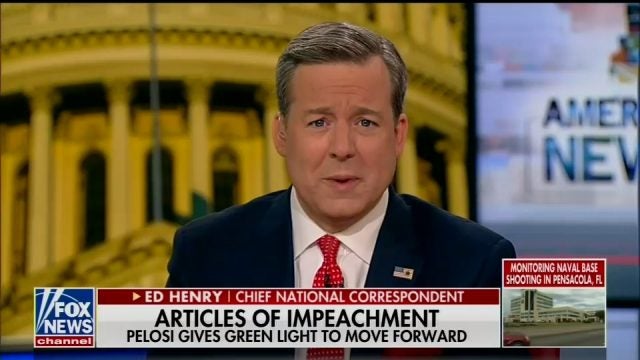 RUSH: For nothing. They haven’t found anything. Nobody has. I want to go back to something he said. Jonathan Turley addressed this in a moment of sanity when they had those three law professors on there before the Round Mound of the Gavel’s hearing on Wednesday. You heard him say, “Some Democrats now are getting concerned that this is expanding, that all of a sudden, the article of impeachment may include the Mueller report.”

They are never gonna be able to let Russia go because that was the grand scheme. That’s where everybody in the deep state went to work on getting rid of Trump, and they just cannot accept that it’s failed yet. So they’re gonna keep going back to it. And then Ed Henry said, “Some Democrats are concerned about expanding the Mueller report and obstruction of justice charges.” Do you know what the obstruction of justice charges are that she mentioned? Get this.

She is going to put in an article of impeachment that Donald Trump obstructed Congress by going to court to prevent his administration having to turn over everything she wants. Executive privilege! Not to mention Adam Schiff got hold of the NSA and AT&T, and they together teamed up to give Schiff a bunch of phone data on the journalist John Solomon, on Congressman Devin Nunes. They want to say that Trump is overstepping?

For crying out loud, these people are off the rails in what they’re doing, and it’s a sign of their frustration. They can’t gain any ground on Trump at all. The idea that the president going to court represents obstruction of justice? That’s the kind of mentality you get from a totalitarian. Nancy Pelosi says, “I want those documents.” You say, “You can’t have ’em. I’m not gonna give ’em to you.” “You better give ’em to me or we’re gonna impeach you.” You say, “Screw you,” and you go to court to try to stop it.

You have just refused, Madam Speaker. That is a crime in her book and they’re gonna put that as an article of impeachment? There are three Democrats now who are openly expressing reservations, and there is a Republican out there from here in Florida. His name is Francis Rooney. Not too long ago, Francis Rooney was all-in on impeaching Trump — he’s a Republican — and then he heard this. He heard that Pelosi wants to put an obstruction of Congress article of impeachment in there based on Trump trying to go to court.

Ed Henry said she doesn’t have the votes now. Folks, if she doesn’t have the votes now, what’s gonna happen to get them? They’re not gonna turn up any evidence. There isn’t any. Then you’ve got these thirty-one Democrat districts that Trump won — and, remember, there have been polls taken in those districts. This has not gotten a lot of the coverage. We mentioned it here. Some Drive-By network polling units went out to some of these districts that Trump won in ’16 that then voted Democrat in ’18.

And they asked people in those districts, “Okay. So you voted for Trump, then you voted for a Democrat in the midterms. What are you gonna in 2020?” Well, 80% of them said they’re going back to Trump. That flipped them inside out, upside down. If that’s the case, then many of those thirty-one are gonna say, “Gee, am I gonna beaten here two years later after I’ve won this seat? If the people in my district still love Trump, how in the hell am I gonna help myself by voting to impeach the guy?”

She doesn’t have the votes right now. You know, something else they’re all saying to themselves, these Democrats? “Even if they vote for it, he’s going to be acquitted in the Senate. So what’s the point?” They’re trying to hurry. They want to beat Horowitz. Horowitz’s report comes Monday. So Pelosi has scheduled more hearings for Monday to try to make sure that the Horowitz reveal is not covered.

RUSH: Lindsey in St. Louis. Hello. Great to have you with us on Open Line Friday. Hi.

CALLER: Rush, let me get straight to the point. All this week, you talked about the left hating Trump and hating more the people who elected him — and that hatred is on show all this week with the impeachment hearings. Nothing would make Democrat lawmakers happier than making the people who voted for Donald Trump miserable through this whole process. They want the American voter discouraged and miserable hearing the media and the show trial. Not only do they hate us for electing him, they delight in making the American voter miserable. They can’t survive without misery. The left cannot survive. The Democrat Party cannot survive without miserable, oppressed Americans. 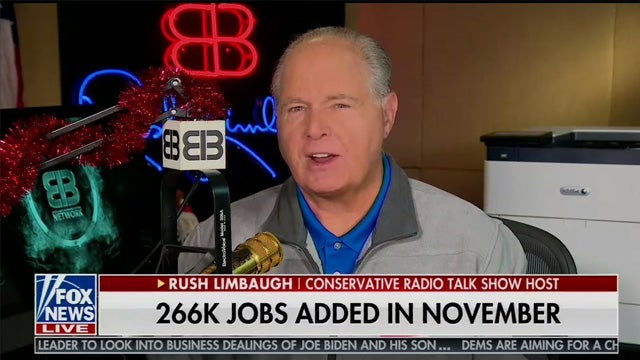 RUSH: This is what I love doing the most — and, you know, after the Fox & Friends appearance I got a bunch of notes. I have to tell you, I got a bunch of notes saying, “Thank you for being so positive. Thank you for being optimistic.” You know, it’s not natural. Pessimism is a natural thing. It’s much easier than optimism. You have to work at optimism. Pessimism seems natural. So you are very shrewd. You’re very perceptive. There’s no question. For all the anger they hear and all the fretting and all the people saying, “I’ve had it, I can’t handle it,” they love it. To them, that’s success.

CALLER: Right. They want people like my mom wringing her hands and saying, like, “What’s happening? It looks bad,” and it’s the job of listeners to your show to say, “No. This is an illusion. America is in great hands with Donald Trump. Trump is winning and the left is losing, and this is their delusion on trial, not our president.”

RUSH: You know what the greatest success is?

CALLER: What is it?

RUSH: Not revenge. Success itself is the best revenge you can have.

CALLER: Yes. And Americans want it.

RUSH: Being happy and knowing that you’re winning and acting like you know that you’re winning. The idea is to dispirit these people — and, folks, I’m here to tell you that they are. They’re at their wits’ end. I keep trying to remind everybody as often as I can. I’ve asked you I don’t know how many times put yourself in their shoes. Let’s do it very briefly. Who are these people? They think they run not just Washington. They think they run the world.

They run the Foreign Service, they run the State Department, they run everything about the deep state. They run it. It’s theirs. They run Washington. This guy comes along that they hate and despise, and he wins! He beats them. So they devise a plan to get rid of him. They marshal every brilliant person and every bit of power they think they’ve got, and they focus it on this guy every day — and they aim and they fire every day.

They have spent how many billions investigating? They have the media on their side. They’ve had free media. They’ve had journalism willing to destroy itself in pursuit of getting Donald Trump, and everything they’ve tried has literally blown up in their faces. The guy is still president, and he laughing and smiling every day, and he’s doing his job, and he’s tweeting about what a bunch of idiots they are. They are beside themselves with rage!

These are the people who are miserable. They’re the ones who know that they have failed and are failing. They’ve got no solution. They don’t know how to beat the guy, even with the deck as stacked as it is in their favor. You want to talk about frustration? You want to talk about misery, you want to talk about uncontrolled, out-of-proportionate rage and anger? It’s today’s Democrats and the American left — and I can’t tell you how happy I am to point all of that out to you.

RUSH: Last night, CNN was all excited. They had a 9 p.m. town hall with Nancy Pelosi. Oh, were they all so excited — and a half hour in, Pelosi said, “I’m tired of impeachment questions, Jake Tapper. Make them stop asking me impeachment questions. I don’t want anymore.” I wonder why.