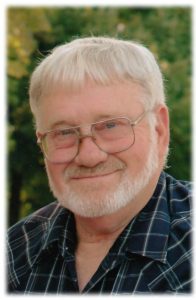 Robert L. “Rabbit” Miller was born October 30, 1937, at Gatewood, Missouri, to Monroe Thomas and Florence May (Hyde) Miller. He departed this life Monday, March 25, 2019, at the age of 81, at Brooke Haven Healthcare, West Plains.

He was united in marriage to Phyllis J. (Hackworth) October 2, 1955 and to this union four children were born.

Bob “Rabbit” was owner/manager of Williams Shoe Store for 31 years retiring in July 1999. Many remember him always giving out a piece of bubble gum to children when they were in the shoe store. Bob was a past member of the West Plains Jaycees, Rotary Club and West Plains Downtown Association. He was an avid dog trainer participating in field trials where his pointer and setter bird dogs won numerous awards and trophies. In his last year he was always eager to show off his album of dog pictures and talk about their accomplishments. He was also a dedicated sports fan, and enjoyed attending and watching his children, grandchildren, family members, and children of friends compete in sports. In his younger years his family ran the Myrtle access of the Stubblefield Ferry and at an early age he knew all the best fishing spots. Rabbit graduated from Thayer High School in 1955 and could always tell good stories about growing up in Thayer and the ’Bus Station’. He loved a good prank and those around him always had to be careful not to be his next victim.

Memorial contributions can be made to the First Free Will Baptist Church Building Program, Bridges Program at the West Plains R-7 School, or a youth charity of your choice and can be left at the funeral home.