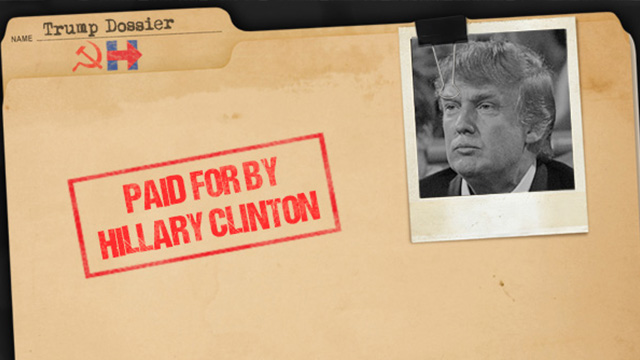 RUSH: So I want to take a different direction here. There’s stuff happening that’s really important that’s been overshadowed by the summit and some other things, and it’s back to this Trump-Russia collusion and the FBI spying operation, that whole story. And we learned something recently. There has been an ongoing fight between Devin Nunes and the leadership of the House Intelligence Committee. They have been subpoenaing documents for a long time — in some cases years, months.

And one of the things Nunes has subpoenaed is the document or the series of documents that will simply explain when this investigation began, what triggered it. Because that has — that question has had many answers. They first tried to tell us that the Steele dossier was the reason for the investigation. I mean the FBI, CIA, the intelligence community investigation of the Trump-Russia collusion that led to Mueller being appointed. And then when the Steele dossier…

Well, we found out that that was Hillary Clinton bought and paid for; then they said, “Oh, no, no, no. It wasn’t the dossier. It was this guy George Papadopoulos, who is on Trump’s foreign policy team. He’s out there bragging that they knew that the Russians had a bunch of Hillary emails.” Well, then we found out that Papadopoulos only knew this because FBI informants had planted the information with him so that he would tell people and then they could then say somebody in the Trump campaign was bragging about this.

And then when that blew up they try say, “Well, that’s actually the beginning, July 31st, 2016.” That blew up. We learned about the informants. We learned about the spies. So we still don’t know when this investigation actually began. We do not know what triggered it. The FBI does, and the Obama DOJ does. And Devin Nunes has been trying to get the document that would explain what it was that triggered this, and the DOJ is refusing. Rod Rosenstein is refusing all of these subpoenas.

So there have been a couple of trips supposedly up to the FBI where Nunes and his buddies on the committee would be allowed to look at documentation. But those have been setups. They were setting Nunes up as a leaker. They tried to make it look that Nunes was trying to get the name of the FBI informant. Nunes at no time ever asked them that. He wasn’t paramountly interested in that. They have been playing games with him in defying his subpoenas.

So the most recent iteration (as I’m really leaping forward here) is we have learned that Rosenstein was so mad that they refused to take his “no” for an answer that he threatened to retaliate against the oversight committee! Rosenstein was threatening to sue them! And now we’ve learned that Rosenstein and others were demanding that the House Intelligence Committee be investigated simply because of what it wanted to see that was in the possession of the FBI and the DOJ.

This has gone so far outside the bounds of propriety and common sense. What in the world is going on when the deputy director of the FBI claims that a congressional committee needs to be investigated by a special counsel? Now, what’s happened, I think, is that these intelligence community people — this little cabal of holdovers loyal to Obama and the deep state itself — have actually gone rogue. I think these people consider themselves above congressional oversight for whatever reasons.

Their jobs are too important. What they do must be kept so secret. The exposing of what they do would do such damage that the representatives of the people (i.e., members of Congress) are not entitled to know. They’re not equipped, they’re not capable of understanding everything they’re doing and they’re not capable of putting it all in context. And we can’t afford the security risk of letting the chairman of the House Intelligence Committee see what we’ve done, when it began.

It’s outrageous. And Rosenstein’s taken the lead on this, and I have to tell you that Jeff Sessions is backing him up. So let’s go to the audio sound bites on this to show you where we are at the moment. First up is Catherine Herridge, Fox News Channel Special Report with Bret Baier last night. This is a portion of her report that Rod Rosenstein threatened the House Intelligence Committee at a private meeting in January.

HERRIDGE: The account claimed Rosenstein threatened to turn the tables on the committee regarding the Russia probe. Quote, “The deputy attorney general, Rod Rosenstein, criticized the committee for sending our request in writing and was further critical of the committee’s request to have DOJ-FBI do the same when responding.” Committee investigator Kash Patel wrote, “Going so far as to say that if the committee likes being litigators, then we, the Justice Department, too, are litigators, and we will subpoena your records and your emails,” referring to the House committee and Congress overall.

RUSH: Ah, this is just… This is… I don’t know it’s unprecedented. It’s hard to say that anything has never happened before, but in my memory… I know there are fights over power, position, legislative branch, executive branch.

Last night Tucker Carlson. He had Jeff Sessions on there. And Tucker said, “Did the deputy attorney general threaten to subpoena the email or phone records of members of the House Intelligence Committee?”

SESSIONS: I was not in the room, and I can’t speak to what occurred. All I can say is that Chris Wray, the director of the FBI and our senior ethics attorney were there and others, and did not see it in that same fashion.

CARLSON: So as a factual matter you don’t think that that happened?

SESSIONS: I’m confident that deputy Rosenstein, 28 years in the Department of Justice, did not improperly threaten anyone on that occasion.

RUSH: Well, okay. So there’s the attorney general standing up, and what do you think he’s gonna do? I mean, he’s the head of the Department of Justice, he’s the attorney general and so he’s gotta stick up for his department. And that’s what he’s doing. Rosenstein would not improperly threaten anybody on that occasion, “improperly” being the keyword.

Well, this is not sitting well with members of Congress. We have first up Jim Jordan and then Mark Meadows. Jim Jordan is a Republican, Ohio. And they were both on with Laura Ingraham last night. And the first question was for Jordan. She said, “Jim, what do you think about what we heard from Attorney General Sessions there that Rosenstein’s fine, hasn’t done anything, nothing to be worried about here at all?”

JORDAN: What is the attorney general saying? Rod Rosenstein hasn’t complied with Devin Nunes’ subpoena, hasn’t complied with Chairman Goodlatte’s subpoena. We’ve caught them hiding information in the Strzok-Page text messages, redacting the fact that Peter Strzok was friends with Judge Contreras, one of the FISA court judges. They tried to hide that from us.

RUSH: Yeah, threatening to investigate ’em. The House Intelligence Committee has this ongoing investigation of this whole stupid thing, and now Rosenstein is saying, “All right. We’re gonna investigate you!” Our government’s turning into a series of threatened special counsels. And the problem with this is that these special counsels are seen to have more powerful than anybody in Washington.

You know, as far as the Democrats are concerned, Robert Mueller holds the fate of the Trump presidency in his hands. And, I’m sorry, but that was never the design. That’s one reason why you can’t indict the president, you can’t sue him, because that would be a way to tie him up and prevent him from doing his job. So the founders set up impeachment as the only way of dealing with criminal acts by a president. You can’t indict him, can’t do any of this stuff because the government would not run. And political opponents would seize on that opportunity to paralyze the guy, or the girl, woman, if there is a female president.

So you can’t do that. But that’s now apparently what everybody’s resorting to. “We’re gonna investigate you. We’re gonna have a special counsel looking into you.” Can you imagine a special counsel investigating the committee? Here is Mark Meadows. He was also on and his question was, “Are we talking impeachment here? What is this?”

MEADOWS: That’s still something we have in our toolbox. But we will have a vote. I’m here to tell you to tell your viewers, we’re going to have a vote on the House floor one way or the other, we’re gonna have a vote, and we’re gonna make sure that we get those documents.

RUSH: That vote is to compel Rosenstein to turn over the documents. And that’s what he meant. We’re gonna have a vote, we’re gonna make sure that we get those documents. Again, the documents they’re looking for are not the names of spies or informants. All they’re trying to find out is when did this investigation of Trump begin? What was it that triggered it? That’s what Rosenstein is defying them on. That’s what Rosenstein has threatened to sue them on. That’s what nobody at the FBI or the DOJ wants any of us to see what triggered this investigation and when did it start.