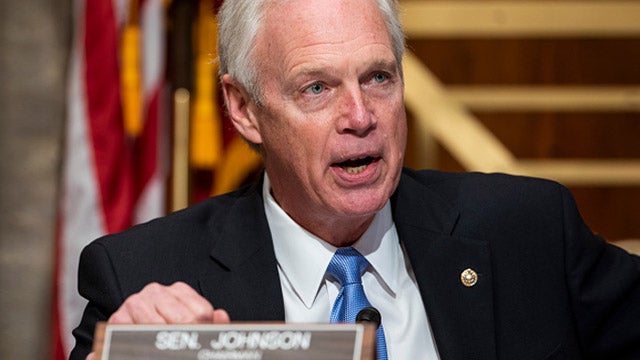 RUSH: I want you to hear a sound bite from Ron Johnson, Senate Homeland Security Governmental Affairs Committee hearing today on election security. The chairman of this committee is Ron Johnson, Republican, Wisconsin. And he and Gary Peters, who’s the Democrat on the committee from Michigan, just listen to the bite. This is Ron Johnson telling Democrats and the deep state how they have lied for the last four years and now want to be totally excused and exonerated and essentially treated as though none of the last four years ever happened.

PETERS: Mr. Chairman, I gotta respond to that.

JOHNSON: You lied repeatedly in the press that I was spreading Russian disinformation and that was an outright lie, and I told you to stop lying, and you continued to do it.

PETERS: This is not about airing your grievances. Mr. Chairman you can’t make…

PETERS: … false allegations and then drop it at that. This is terrible what you’re doing to this committee and all of the great work that you talked about.

JOHNSON: It’s what you have done to this committee.

RUSH: Exactly right. These people lied for four years. What Johnson’s point here is is exactly what you and I know, that the Democrats in this committee, the Democrats everywhere, Democrats in the media lied for four years about Trump and Russia and collusion. You know the drill. Then when the Hunter Biden laptop story appeared in the New York Post, these same people said it’s Russian disinformation. You had Adam Schiff saying it. You had John Brennan saying it, former CIA. Clapper, all these people saying that the New York Post story on Hunter Biden’s laptop and all of the chicanery taking place was nothing but Russian disinformation.

Then after a few weeks go by, Hunter Biden admits that he has engaged in these behaviors and that his behavior is under investigation, tax fraud and any number of things, and Ron Johnson is fit to be tied here. Because they’ve lied about him, they’ve lied about Trump, they’ve lied about everybody for the last four years and claiming that Ron Johnson, by proposing that the New York Post story on Hunter Biden’s laptop is serious, that it be taken seriously, that it be used as a starting point for an investigation, they tried to disqualify it by saying it’s Russian disinformation. Essentially saying that Ron Johnson’s a Russian stooge when of course the truth is that it’s the ChiComs we need to be focusing on and not the Russians.

But this is this go-to that the Democrats have had, and Johnson is rightly and properly fed up with this so he called them out on it, and you heard Peters (imitating Peters), “You can’t use this committee hearing for these purposes. These are personal partisan -” And Johnson wasn’t having any of it. So I wanted you to hear it because it’s about time. It’s not gonna change much, but it still is an example of a Republican fighting back to a certain extent. Don’t know how far, how much, don’t know how much it’s gonna matter, but nevertheless.