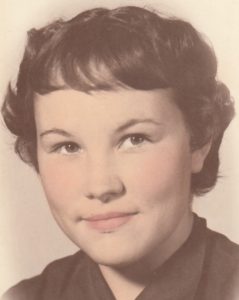 She was born the daughter of Walter Lee Crabtree and Anna Wieble Crabtree, on September 11, 1941 in Brandsville, Missouri and died October 29, 2019 at her home in Caulfield, Missouri.

She loved going to stock races and spending time with her family and friends.

We would like to thank Hospice Compassus and Kindred At Home Services for their kindness and help during mom’s health needs.

Memorial contribtions may be made to the Arthritis Foundation, and can be left at Carter Funeral Home Inc., West Plains.

Burial will be in Union Hill Cemetery, Howell County, Missouri, under the direction of Carter Funeral Home, Inc., West Plains.