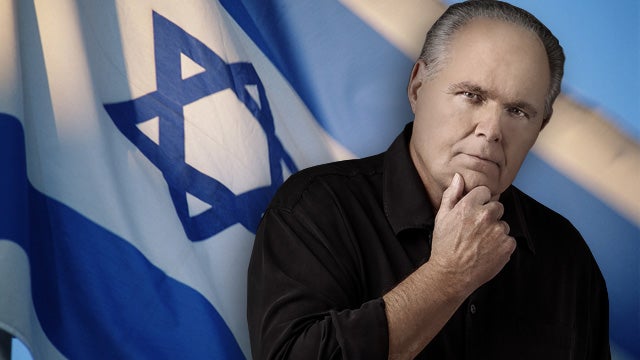 BRETT: Rush often said that the Israel is the lone outpost of democracy in the Middle East. And I think we can agree with that. There are people who live in Israel from all sorts of backgrounds, and they have more rights there in Israel regardless of their religion, regardless of their identity, than any other place in the Middle East. In fact, our own Dean Karayanis, a/k/a Koko Jr., the host of the History Author Show on iHeartRadio has an op-ed in the Washington Times on this very topic. 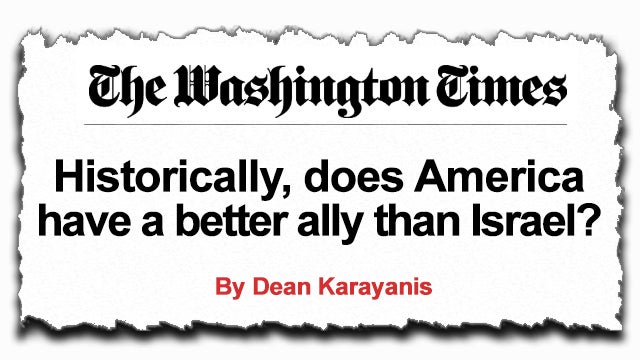 It’s titled, “Historically Does America Have a Better Ally than Israel?” In it he not only quotes me — which was very nice — from a couple days ago, he looks back at some of the unsavory regimes that we’ve had to partner with against mortal enemies like Iran, writing, “Anti-Semites cheer every time someone professes neutrality between Hamas and Israel. But the only option for America is to stand with Jerusalem.”

Rush took a call from Jerusalem and made a key point. If the Jewish state disappeared tomorrow, the Iranian-backed terrorists will come after us next.

RUSH: We’ll start in Jerusalem. This is Elvin, and I really appreciate your call. Hello.

CALLER: Hi there, Rush, good to speak with you. Thank you for having my call.

CALLER: Having been born in America and having lived in America for many years, I understand very much the American psyche. But I wanted to share with people, they should understand, this war that’s going on between Israel and Hamas, if one excludes the moral component and just looks at it from a purely personal safety point of view.

If, heaven forbid, something were to happen to Israel and we would no longer be here to fight this enemy, the first thing America needs to understand, we are next. We are the Great Satan and we will have terrorism at our doorstep. And it’s not only, you know, someone else’s war. What’s going on at the moment in Gaza, those folks are fighting America’s war, and people need to realize that. Because, without Israel, heaven forbid —

RUSH: Elvin, I actually think that this is a great point. People — and I’m gonna include the Obama administration in this since what they do is what matters. I think they do have a bit of a superiorist view of this, as though this is something taking place way far away, no impact on us really. They don’t even view Israel as an ally. They say that because they have to, but I guarantee you this bunch does not look at it that way.

Israel is a problem. And I’m not speaking in religious — it’s ideology, folks. Israel is a problem for John Kerry, I don’t care, pick a liberal Democrat, it’s a problem. And this conflict with Hamas or the Palestinians, however it manifests itself on a day to day basis, it’s over there. It’s a thorn in our side, it’s something they gotta deal with, but they don’t think it has any practical application to the United States at all.

The first point you made, Elvin, you said just take the religious components out of this, just look at it as a war between two sets of human beings. It is a devastating thing for people on both sides, and it is something that can’t go on, it has to stop, and that Israel is taking on an enemy that also views us the same way. Israel is the nation daily fighting these people. And the point is, if Israel loses… Forget Jew and Arab, forget liberal, conservative. If Israel loses this, then we are next.

We are, he’s right, we are the Great Satan. We are despised and hated because it is thought that we make Israel possible. So it’s not something distant and far away that has no impact on us. That is why so many of us on our side do not understand why this Regime cannot possibly understand how Israel is an ally of ours.

And isn’t it curious that the nations of the Middle East have watched a progression over the period of time, say, from 1979, right? Say from 1979 to now they saw Iran become a radicalized outpost of terrorism. They’ve seen dictators come and about it. We saw the attempted appeasement by the bad guys in the Middle East under the Obama-Biden administration with the Muslim Brotherhood.

We deposed Hosni Mubarak (or at least the Obama administration pushed to depose Hosni Mubarak) and they replaced him with the leader of the Muslim Brotherhood. You saw what the Obama-Biden administration did in Libya. They turned it into an absolute failed state where you’ve now got open slave markets there in that country!

Jordan tried to send in aid to the people of Gaza who were the victims. Just watch CNN or MSNBC. Hamas was shooting at the aid convoys! They wouldn’t let the aid come in. So Donald Trump was labeled as somebody in Putin’s pocket, was labeled as somebody who is out of touch, corrupt, didn’t know what he was doing. Yeah, he didn’t know what he was doing, but he got those Abraham Accords — and you’re not seeing other Arab states come after Israel. 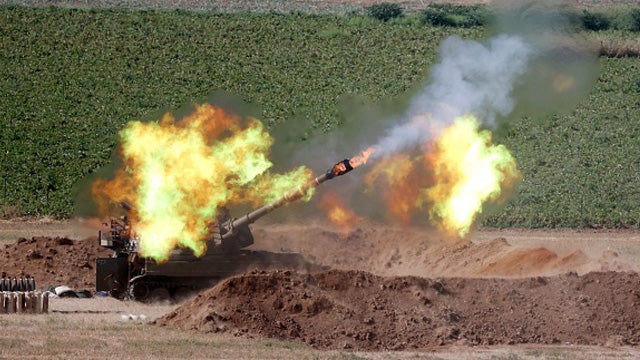 You have a man willing to sell Israel out, willing to sell out whatever he’s gotta sell out to appease Vladimir Putin and the Russians, whether it’s ignoring the Colonial Pipeline hack, whether it’s greenlighting the Nord Stream 2 gas pipeline that’s going into Germany, whether it’s appeasing them by going soft on Iran and trying to pay Iran off to get back into the nuclear deal.

How does any of that make sense or make America stronger? And here is the key take-away: When you look at what’s taking place there with our ally in Israel — an ally that we first recognized. Harry Truman did it in ’48. The real risk of Iran having a nuclear weapon isn’t just that Iran could deploy a nuclear weapon, which is the obvious thing, but what they can engage in is nuclear blackmail. They can engauge in nuclear blackmail.

They can threaten to strike places with their bomb in exchange for payoffs, considerations, what have you. If the mullahs in Tehran, if the ayatollahs in Tehran are able to get their hands on a nuclear weapon and it’s an average Wednesday afternoon there in Israel and the stock market is running, and they suddenly throw a wrench into the process by saying, “Listen. We’re thinking about dropping a nuke on Israel,” they’ll crater the markets.

They’ll create instability in the region. And then what is Israel supposed to do? We all believe they probably have a nuclear weapon. What, they’re gonna exchange nuclear weapons across that region in a regional nuclear war? None of the Arab states want any part of that. We were headed down the right pathway, until suddenly Joseph R. Biden and Kamala Harris came in and fundamentally transformed our foreign policy overnight and made us 100% less safe but the mullahs 100% more happy and the Russians 100% more rich.

Heck of a job.