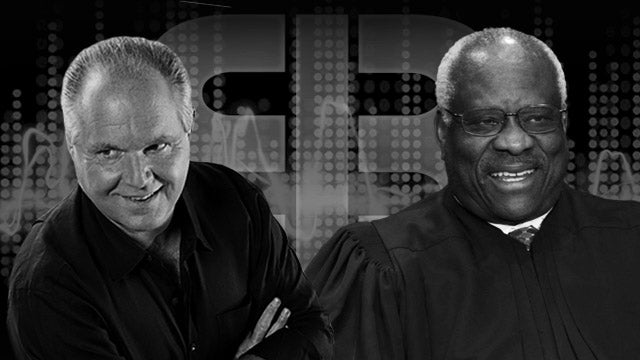 MARK: As Rush was saying, he never followed his beloved grandfather into the family business and became a big-time judge, but occasionally he interviewed judges.

RUSH: Welcome back, folks, to the EIB Network and El Rushbo. We are talking with Associate Justice of the United States Supreme Court, Clarence Thomas, about his new book — a memoir, it is — My Grandfather’s Son. I have to know this. I want people to hear it, and I waited until you had set the table with this brief biography of your life to ask this question: How did you and Ginni get through your confirmation process?

Because that had to be one of the toughest survival experiences of your life, because you’ve — and people should know this. You went through that. Most people cannot possibly relate to what that was like, even though they had hardships. That was televised; the allegations made against you. The thing that I’ve noticed — I’m not sucking up here — I want people to notice this: The thing I’ve noticed is, I don’t hear any bitterness today about anything that’s happened or been said about you. I don’t hear, any time I’ve been with you, no bitterness whatsoever, and I haven’t heard lingering bitterness over this. But I still am curious how in the world you got through this.

With respect to my wife — and my wife’s my best friend in the whole world — we’d only been married four years when we went through the confirmation. She was 34, and I was 43 years old. Neither of us had ever been treated like that in our lives, and to be honest with you, no one had seen a precedent for that before, or since.

Ultimately, we realized that it was something that she and I, with God and our prayer partners, would have to work through. We saw it as spiritual warfare, and we treated it that way. So most of our time was actually spent together, she and I from time to time actually on a daily basis, our prayer partners always in prayer or surrounded by music, religious music, and hoping and praying that we could survive this and that it would turn out okay.

RUSH: At what point did you decide to get aggressive in your own defense? I remember, very vividly, you description of the whole process as “a high-tech lynching” and Kafkaesque. That had to be strategically planned for the right time to do it. When did you come up with that idea?

JUSTICE THOMAS: Well, I never really did, Rush. (laughing) I didn’t plan anything.

RUSH: You were just reacting, then, to what was happening to you? 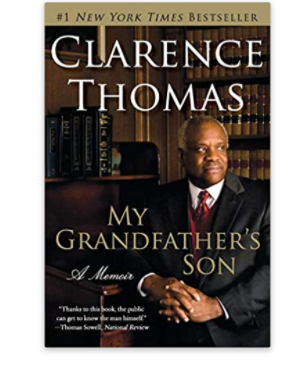 JUSTICE THOMAS: I never really wanted to be on the court. I don’t like Washington. When the president asked me… Just like my call to become a priest, my vocation, I think when the president asks you to do something, you should do it. Now, most people would say, “But it’s the Supreme Court.” Well, maybe they are interested in it as a personal bit of ambition, but I was not. So it wasn’t something I was trying to get.

It wasn’t a prize. What was important to me was my family. I mean, I don’t have a whole lot. I had my good name — and I was too prideful about that, I would admit. But my grandparents had cobbled together this life. They had never been bitter. They weren’t upset with anybody. They got these two little boys; they raised them; they were law-abiding; they were religious people; they were frugal; they were hard working.

And they made us work; they made us adopt those things. And, here, for no reasons other than people disagreed with me — or they thought that a black person shouldn’t particularly have these views — they were going to set upon me and undermine, or destroy the little bit we had cobbled together. At some point, I think, you are obligated to stand and defend that, to defend the honor — and I think I would have shamed my grandfather if I had not stood up and defended what he had given us and defended the legacy he left us to provide for ourselves and for our kids.

RUSH: No guest has ever gone longer than one hour on this program. You are the first.

RUSH: Well, it’s our honor and privilege. We have a little less than a minute here, but I need to ask you: You said you didn’t like Washington. You don’t like it. You never thought of the court. You did it in accepting the honor and the request of the president. I have about 30 seconds here. Do you see yourself as being on the court as the pinnacle of your profession?

JUSTICE THOMAS: I don’t see it that way. I am honored to be a part of defending what we think is the best country in the world and the best Constitution in the world, and I’m honored to be in this role for my fellow citizens, and I can’t complain about it in any way.

MARK: And you know why I played that out of all the stellar interviews? He didn’t do a lot of interviews, Rush. But when he did, they were with big-name people, with presidents and vice presidents. But I chose that one because of the way Clarence Thomas ended it there. “I am honored to be a part of defending what we think is the best country in the world and the best Constitution in the world.” 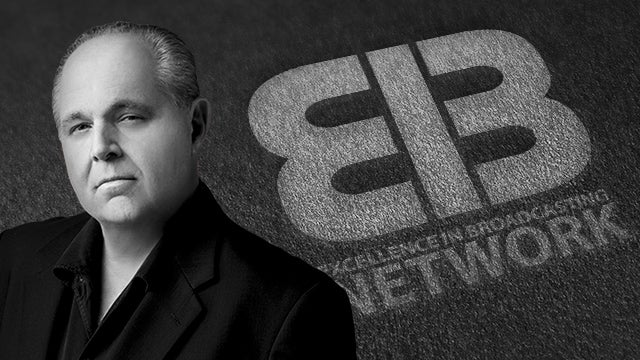 In that sense, Rush and Clarence Thomas were doing exactly the same job, even though Rush decided that he had absolutely no interest in following all his family members into the law. And I will say something else too. They had other things in common, not least the special role their beloved grandfathers played in their respective lives. But also, when Rush is asking Clarence Thomas about the absolutely disgraceful way he was treated, Rush was also talking about himself.

Just as Clarence Thomas understood when he was answering those questions that he was also speaking for Rush too. They were two men who have been sorely traduced by an absolutely disgusting media culture that got worse exponentially. However bad you think Clarence Thomas is, would you want to be Brett Kavanaugh and go through what he had to go through? So what Clarence Thomas and Rush Limbaugh are talking about there is learning to live without bitterness as both men have done through all the years that they have suffered this garbage from a disgusting media culture.