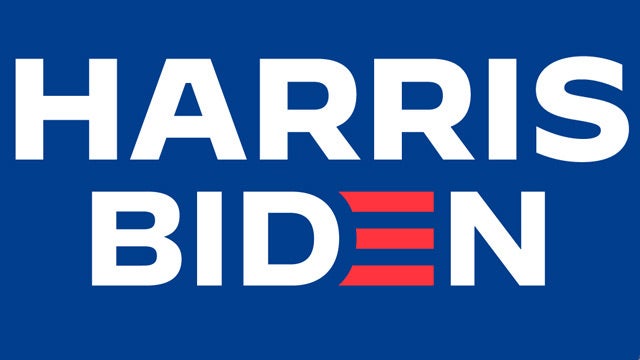 BRETT: Joe Biden is taking a victory lap off the $2 trillion covid bill that just passed out of the House and the Senate on partisan lines. You see him take this victory lap. He’s opened the border up to people who are both covid-19 positive and negative to come into the United States, obviously. You’ve got a number of challenges — and today he was celebrating, you know, a hundred million vaccines into this.

Well, that’s really terrific that you’ve gotten us to a hundred million vaccinations, but that rollout was happening well before you were president. In fact, you received the vaccination — you and Vice President Harris received vaccinations — during the transition period when you claim it was the cupboard was bare and there was no vaccine.

Well, that’s actually not accurate. Well, it was only a matter of time. On Thursday in a statement to the media about the vaccine rollout, President Biden misspoke in reference to his vice president.

BIDEN: We believe that speed and efficiency must be matched with fairness and equity. Now, when President Harris (sic) and I took, uh, a virtual tour of a vaccination center in Arizona not long ago.

BRETT: Ohhh. He didn’t even self-correct. He didn’t even say, “Now, when President Harris and I took, uhhh…” He thought about it. He didn’t self-correct. He figured if he kept going nobody would pay attention. But we know what’s going on here. We know what’s happening inside that White House. You have the vice president ready to move into that role as president at any possible time. Let’s look back when Rush was talking about Kamala Harris, Vice President Harris, as Obama’s surrogate.

RUSH: You know, this business of Joe Biden getting a disease and resigning is exactly one of the very real possibilities that has already been set up to get rid of the guy. Except, I wouldn’t think he would know about it. Maybe he does. The truth is this: If there were ever any disagreement between Kommie and Biden, it would be Biden who would have to resign and claim illness, not Harris.

You know why? Because she is Obama’s surrogate in the White House, not Biden. Do not make the mistake of thinking that Biden is Obama’s guy in the White House. He’s not. He’s a placeholder. He’s just there for a short amount of time. Kommie Harris is who the dream is about. She could never have been elected. She didn’t even get a single vote in the Democrat primaries.

I’m sorry if you’ve heard me say this, but it’s really important. She got out of the primaries before a single vote had been cast. She got out when the fund-raising dried up. She didn’t get one vote, folks, not one expression of solidarity or support for her. She’s gonna end up being president. She’s gonna be the most far-left, wacko, communist-related president that we have ever had — and a person who could never get elected in this country.

She’s proven it. And we know now that Obama has been pulling the strings on everything the DOJ, the Democrat Party and the FBI have been doing and trying to do to Trump for the past four years. Obama has been the puppet master. He’s been in charge of all of it. He is in charge of Kommie Harris being chosen veep. She is the surrogate for Obama, not Biden. 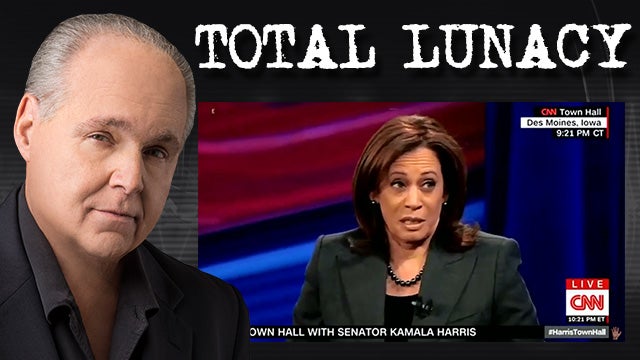 The only question is, does Biden know it? It doesn’t matter if he knows it ’cause there’s nothing he can do to stop it. It’s just a curiosity point. In fact, it might not even take a disagreement. They might just insist that Biden go ahead and get an illness (it wouldn’t be hard to fake), just to get him out of the way. For a few months, they probably want some kind of front in there. But, at some point, this is all gonna happen.

BRETT: It’s entirely possible that Joe Biden is just totally comfortable calling her “President Harris.” There was a time-out on the campaign trail — I remember Rush mentioning this — that Kamala Harris, Vice President Harris referred to herself, she referred to the ticket as Harris-Biden. She said, “Well, in the Harris-Biden ticket you’ll see this” or “you’ll see that, in the Harris Biden administration. You’ll see this policy or that policy being carried out.”

This is just how it’s gonna be. So perhaps Joe Biden’s just not even bothered by it. Maybe it’s a term that he just is gonna throw around and pepper in there ’cause he’s comfortable with it. But the fact of the matter is, Kamala Harris is a loyalist to Barack Obama. She’s one of the first endorsers of Barack Obama when he was running for Senate.

She was an early endorser, and they have a deep and long relationship in that regard. She views him as an ally. He viewed her as an ally. In fact, he was very complimentary of her at a number of public events when he was president and she was the attorney general of the state of California. I kind of remember those remarks. Google them if you want to look them up.

But you have in this instance not just Kamala Harris being so connected back to President Obama, but look at the people who are the heavy hitters inside the Biden-Harris administration. Alejandro Mayorkas was in the Department of Justice for Barack Obama under Eric Holder, and of course into the days of Loretta Lynch. Look at Ron Klain.

Ron Klain is an old party hand there. You look at Jake Sullivan, another one, another old party hand there as well on the national security front. So these are all the same people. They’re just moving around in different seats. Even Susan Rice is now the domestic policy adviser? Remember she was the national security adviser, and before that the U.N. ambassador, and she was responsible for the unmasking. 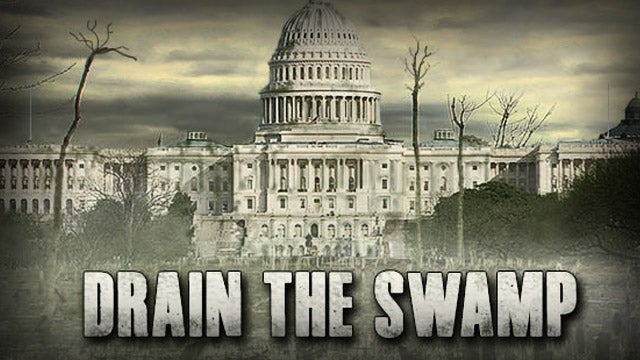 When Rush talks about pulling the strings in the DOJ and all those other places, the FBI, remember, it was Susan Rice that did the unmasking of American citizens involved in the Trump campaign, the surveillance — and we know that Susan Rice’s core competency would not be domestic policy adviser. And wouldn’t you think that Susan Rice would be out in public making appearances on television shows if she was the domestic policy adviser and we’ve got a border crisis like we have at the border?

But, no, that’s another loyalist, right? That’s another Obama loyalist that’s helping to run the operation on the domestic policy front. Why g you get to this place where there’s now a spat that has taken route, a spat between President Biden and Vladimir Putin over in Russia. For those who don’t know, during the interview with George Stephanopoulos you had President Biden asked by George Stephanopoulos:

“You know, what do you think about Putin? What’s your opinion of him? Do you think he’s a killer?” Joe Biden said, “Yes, I think he’s a killer.” Well, gosh, don’t you think that gets back to Vlad Putin? They get Stephanopoulos’ show over in St. Petersburg. They watch it in the Duma on the big 16-inch TV. I mean, they know what’s going on in the united.

What do you have? You have Vlad Putin now coming out and challenging President Biden to a debate. This is gonna be… What is this gonna be? Is this gonna be the Kennedy-Khrushchev kitchen debate that we read about in the history books or we experienced if we’re old enough to do it? 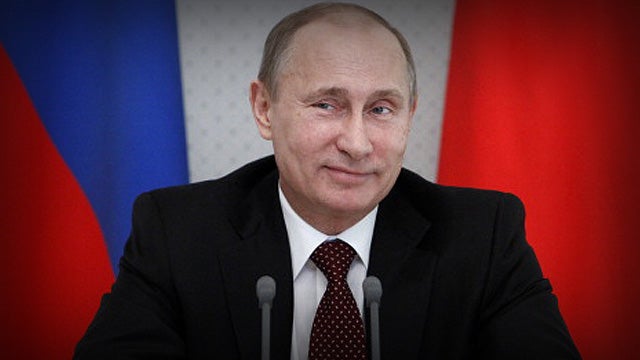 “Russian President Vladimir Putin,” this according to ABC, “has reacted to President Joe Biden calling him a “killer” by challenging Biden to take part in a conversation with him broadcast live online. ‘I’ve just thought of this now,’ Putin told a Russian state television reporter. ‘I want to propose to President Biden to continue our discussion, but on the condition that we do it basically live, as it’s called.

“‘Without any delays and directly in an open, direct discussion. It seems to me that would be interesting for the people of Russia and for the people of the United States.’ Putin’s invitation seemed to amount to a challenge to Biden to a live televised debate, following a day of diplomatic uproar that began when Biden said he thought Putin was a ‘killer’…”

He also said he thought that Putin didn’t have a soul. That was the other thing he said. So we’ll see how this plays out, but I will tell you this: Holy cow. Hold on right there. You know, we’ll see how this all plays out when it gets down to what’s gonna happen with our eastern European policy. Lord knows if you’re in the Eastern Bloc of NATO, you’ve gotta be a little bit nervous ’cause now you’ve got Putin angry.

How many other people are they gonna make mad in this administration?

BRETT: This video of Biden falling up the stairs is absolutely incredible. He trips like three times and falls up stairs. The stairs going up into Air Force One. You know, folks, what happened to poor President Ford? He tripped one time, one time, and that becomes the running joke for Chevy Chase making fun of the 38th president of the United States, Gerald Ford.

Gerald Ford was a center for the University of Michigan football team. I mean, he was an athlete. He was a patriot. He loved this country. They just lampooned him. Every bit that they ever did on S&L involving Gerry Ford was him walk in a room and falling down, knocking a podium down. Well, there you can see this video.

It’s incredible. They’re running it on the cable news channels and available a lot of places. President Biden tripped climbing up the stairs to Air Force One. It’s certainly not a good look, especially given back and forth with Putin and the calling of President Harris “President Harris” yesterday. It was really amazing stuff out there.