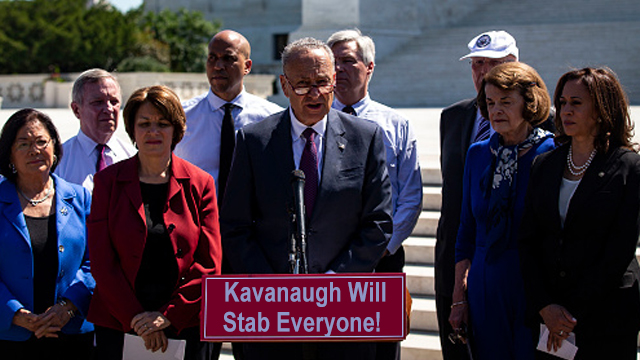 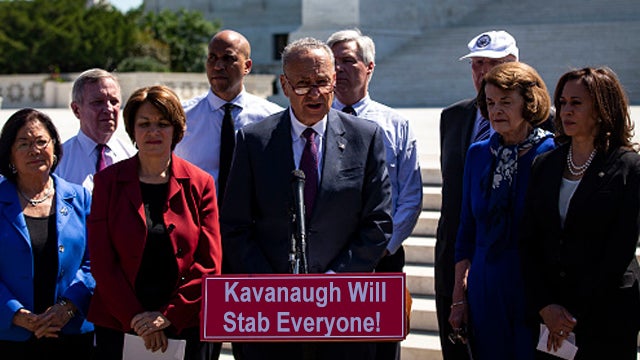 RUSH: I was right, folks. I just saw Chuck You Schumer. He just came out of a policy luncheon with the Democrat caucus in the Senate. He just had a little press conference out there. And he’s going after Kavanaugh strictly — well, not strictly, but I mean he zeroed in on health care.

My little tech blogs. I knew it. These little tech blogs, they had their pieces written before the nominee. Here’s from wired.com: “Kavanaugh on the Supreme Court Could Spell Trouble for Tech — Kavanaugh’s opposition to regulating internet service providers could close the book on net neutrality protections for a generation.”

Hey, hint, little tech bloggers: Net neutrality has already been shut down. The FCC did it back in June! It’s over! So Kavanaugh is gonna come along and, what, make sure it stays dead for 25 years? I’m not gonna get into a discussion of net neutrality right now. It’s a waste of time. But trust me on this. These tech bloggers haven’t the slightest idea what they’re talking about when they talk about net neutrality and what they’re supporting. They’re supporting people like Barack Obama regulating the internet. That’s what they have been sucked into believing.

A dagger through the heart. I’m telling you they’re gonna go after health care, access to Obamacare, contraception as their way of trying to scare people into thinking Kavanaugh wants to take away their right to have an abortion. (interruption) They do. Well, they fight when it’s hopeless ’cause they’re raising money. Look! There’s an axiom out there. The Democrat Party knows this. That their base is not stable.

Their base will turn on them as fast as they’ll turn on Republicans if they give up the fight. By the same token, Hollywood and Silicon Valley are rolling in money. The Democrats need it. If the Democrats don’t come out and say stuff like this, those big money people are gonna start asking ’em why. They’ve got to talk like this to keep that money rolling in from these people. They have to.

They’ve lost control of who their base is, particularly their big-money donating base. And I’m telling you those Hollywood and Silicon Valley people, they’ll turn on Chuck You Schumer as fast as they’d turn on me if they think that he’s giving the fight. Maintaining the fight even when the cause is lost is paramount. They have to to keep the money rolling in. And that is what’s happening here. 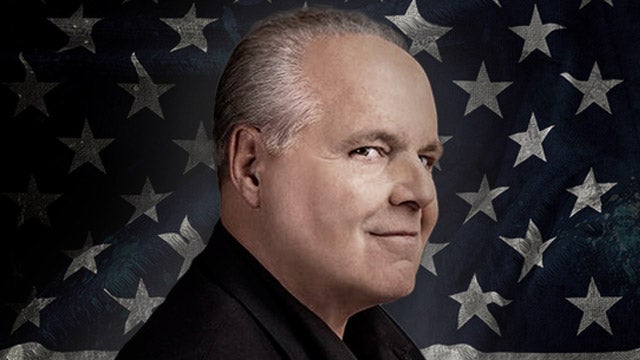 A dagger through the heart of every American who wants access to affordable health care. Are you kidding me? The people that gave us Obamacare, affordable health care? You telling me that you people are the ones to be in charge to deliver that? You screwed it up to the point that we had to get elected an outsider to come in and try to fix this ’cause you people in the swamp are botching everything!

RUSH: Grab sound bite No. 30. Chuck You Schumer. Here he is in his own words…

SCHUMER: We Democrats believe the No. 1 issue in America is health care and the ability for people to get good health care at prices they can afford. The nomination of Mr. Kavanaugh would put a dagger through the heart of that cherished belief that most Americans have — and that’s a belief that Democrats, Republicans, and independents have.

RUSH: Wow, this guy’s out of the mainstream! Republicans, Democrats, independents, do not want to put a dagger through the heart of Americans who want affordable health care. But Brett Kavanaugh does — a guy who has less than 100 grand. Now, as a federal judge and appellate court judge, salary… Look, it isn’t gonna be more than 250. I don’t even know. I don’t know what Supreme Court justices make. They are remarkably underpaid, based on their earning potential should they ever end up in the private sector. That’s something not really stated enough.