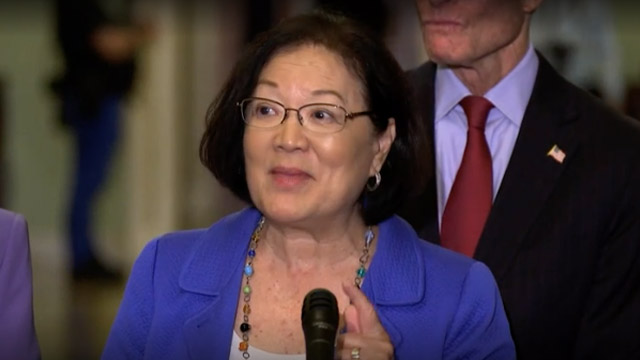 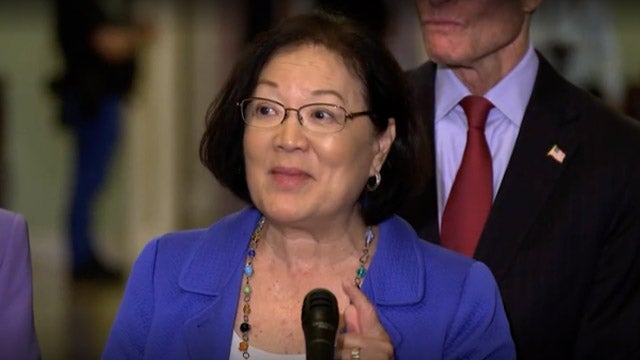 RUSH: Mazie Hirono from Hawaii. She’s a Democrat senator. The Democrats had a press conference yes. We’re at sound bites 5 and 6 here. An unidentified reporter said the senator Mazie Hirono, Democrat, Hawaii, “You’re one of just four women on the Senate Judiciary Committee. How does that impact the proceedings on Judge Kavanaugh and Christine Blasey Ford if at all?”

RUSH: We go to Charleston, South Carolina. This is Eric. Welcome, sir. Great that you called. Hi.

CALLER: Hi, Rush. Hey, love the show, longtime listener. I do have to disagree with you on one thing about this whole Kavanaugh thing. I know you’re saying that it’s to delay, delay, delay. I disagree. I think the whole #MeToo movement, the whole segment you just played about the senator saying, “Shut up, men,” I think all this is about removing the men from the public sphere. You know? I think that’s the whole… I mean the whole concept of what’s going on right now is to make every man out there scared to death. And, you know, that way they can kind of know-tow us all and make us just say, uh, “Well, look it’s not worth it,” and then even when you have somebody like Collins who, you know, is a moderate Republican. You know, it’s still female voices. I think Kavanaugh gets through, but I think the next judge has to be a woman.

RUSH: You think that has to be because of what women are doing? You think the only way that we can get somebody on the court is for her to be a woman?

RUSH: Well, you know, there was a woman that was on the list, equally as high on Trump’s list as was Kavanaugh. And they didn’t go for her first. I forget what the thinking was. I’m having a mental block on her name, but she was and is highly reputed. My memory is that though decided to go with Kavanaugh first on the basis of his qualifications being such that there couldn’t be any reasonable opposition to him. Ha-ha-ha-ha.

But more importantly, they wanted to wait for a female nominee for the next opening. (interruption) Yeah, Amy Coney Barrett is the name that was being bandied about, coequal with Kavanaugh. They decided on Kavanaugh because, A, “He’s impeccable! Can’t get anybody better. There’s nobody better judicially, intellectually, emotionally. Nobody better. No legitimate reason to oppose the guy,” was the thinking. They didn’t want to throw Amy Cohen Barrett up until there was maybe a vacancy, say, from Ruth Ginsburg or Elena Kagan or Sonia Sotomayor.

And they thought it would be more advantageous to her to have her nominated to fill a seat vacated by a woman. Now, I think all this kind of thinking is cockamamie, and it does demonstrate what we’ve all known for years, and that is the Supreme Court is just a political institution. It’s long since been abandoned as what it was originally intended to be. But your thought that what this really is, is an all-out assault on men everywhere and a desire to keep a men out of positions of power.

Folks, do not discount that as being something that several literally (sigh) lunatic people on the left think. They’ve been taught this in years and years of Women’s Studies courses. “All sex is rape, including the sex in marriage.” I mean, women in two straight generations, if not more, have literally been poisoned with male hatred, hatred for men on college campuses across the country. So there is an element of truth to that. 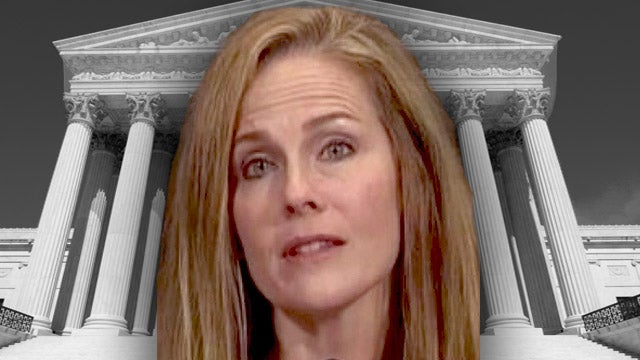 But I do believe that this particular instance is about delay and specifically rooted in polling data that makes the Democrats think they can win the Senate. Mazie Hirono from Hawaii — who said men should just shut up and go away or step up and do right thing. She said that the Democrats could keep the seat open on the Supreme Court vacant. They could keep it for ’til after the 2020 election if Kavanaugh’s nomination collapses.

“If the Democrats regain control of the Senate in November,” she said (paraphrased). “We can keep this seat open ’til Trump’s gone. We don’t have to fill this seat. We don’t have to. Whoever he sends up, we don’t have to vote on ’em ever.” So this is a plan. Believe me, folks, Kavanaugh is seen as not an Anthony Kennedy. Anthony Kennedy was the centrist moderate, go with the left. Now, Kavanaugh’s not that. They are petrified of Kavanaugh and losing any semblance of control over the court, and then the next nomination after that? They are petrified.

RUSH: Yeah, there was one — Amy Coney Barrett — and there was one other thing. She was the nominee that Dianne Feinstein said, “The dogma lives loudly in you,” meaning your Catholicism, your dogma. “You really believe the dogma!” Of course, that was code lingo for, “This woman is way too anti-abortion.” That’s why they withheld her.