RUSH: Did you hear what the CEO of Chick-fil-A said? Maybe he’s the former CEO. Dan Cathy, is that his name? He said that white people should be shining the shoes of black people to learn what — yeah, he did. In fact, I have the sound bite. Let me find where it is. It’s toward the back of the list here, I think. That’s how I learned about it. Audio sound bite number 16. Yeah. This was Sunday in Atlanta at the Passion City Church during a roundtable discussion, Chick-fil-A CEO Dan Cathy said this about how to help improve race relations in America. 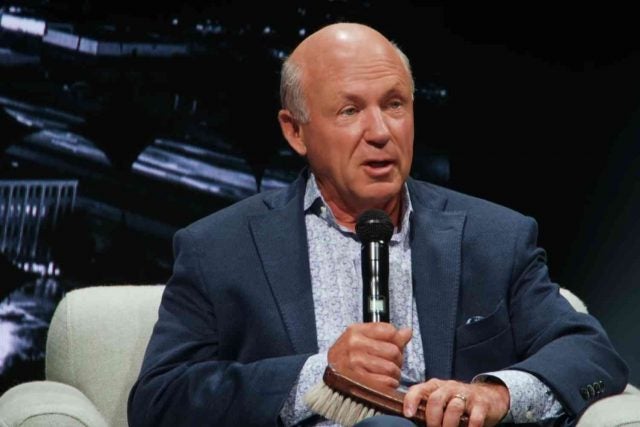 CATHY: We need to just go right on over and shine their shoes. And whether they got tennis shoes on or not — maybe they got sandals on — it really doesn’t matter. But, there’s a time in which we need to have some personal action here and maybe we need to give them a hug, too. I bought about 1,500 of these [shoeshine brushes] and I gave them to all our Chick-fil-A operators and staff a number of years ago. So any expressions of a contrite heart, of a sense of humility, a sense of shame, a sense of embarrassment begat with an apologetic heart.

RUSH: So the reason this appeals to me is not what you may think. I’ve been there, done that. This is a cutting edge of societal evolution moment. My first job, the first job I ever had outside of the house, you know, chores and that kind of thing, the first paying job I had was to shine shoes in a barbershop, 13 years old. I was fascinated with making shoes shine. I wanted to be the best at it. I wanted to figure out how to do it. And I had that job for three months. I earned $50 in three months. And it was such an educational experience in all kinds of ways.

I eventually had to give the job up because there was public pressure. I didn’t need the job. I had a relatively affluent family, and the job should have gone to a more needy person. And that was a partial factor in why, but also school starting. I did it during the summer. And school starting and having some after-school activities would have limited my ability to get to the barbershop. But one of the things, when I first got the gig, the shoeshine stand was as far back in the barbershop as you could go, and I’d sit back there and I’d wait for customers to show up, and nobody would show up.

And after the first four or five days, one of the barbers — the owners — said, “What are you gonna do to change this? You think they’re just gonna come to you back there?” I said, “Well, if I wanted a shoeshine…” He said, “Exactly. They don’t want a shoeshine. You gotta understand: Everybody’s shoes you’re gonna shine in here does not want one, so what you’re gonna have to do…” He gave me an idea.

He said, “Whenever we have somebody…” We had four barber chairs. “Whenever somebody’s in the chair, just go up and start buffin’ the shoes, and they’re gonna say to you, ‘Wait, wait, wait! Wait! I don’t want you to do that. I’m not paying for this,’ and you say, ‘I’m not charging you, sir. This is a service offered by me and the barbershop at no charge.’”

The barber said to me, “You watch how many of them will then ask you to go ahead and do it for real, ask you what you charge for it,” and that’s exactly what happened. So I gave ’em a free buff, and it led to — I’d say — over half of the customers wanting a shoeshine. Then when they saw how good I was at it and how I could pop that shoeshine buff rag, I learned something else.

You go to the barber supply store, and you have access to pieces of equipment and various types of shoeshine and other things that were never sold retail. It’s the same thing in the restaurant business. Restaurant supply stores have things that you’ll never find at even the biggest grocery store or Costco or what have you. So I would always use that. 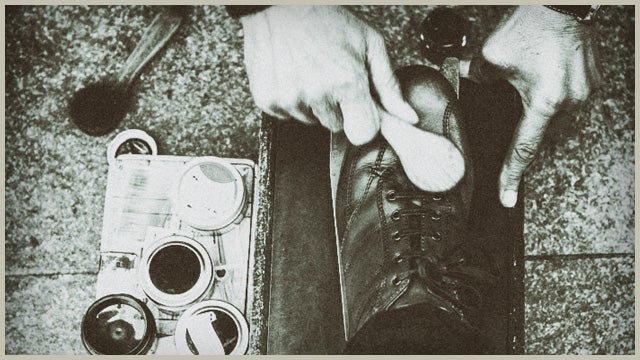 “I’ve got stuff you can’t get at home. I’ve got stuff that will make your shoes shine like you can’t make your own shoes shine.” I said, “I have studied the spit-shine technique of the U.S. military. I’ve perfected it. You want to see how it works?” “Oh, yeah!” So, 50 bucks in three months at 50 cents a pop. I loved it — absolutely loved it — and now you’ve got the CEO of Chick-fil-A saying, “Yeah, that’s what we need to do. We need to start shining the shoes of…”