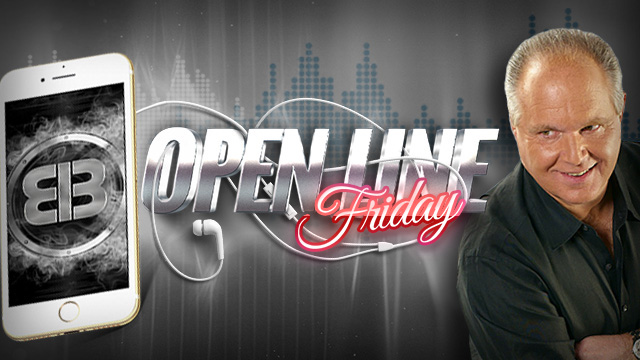 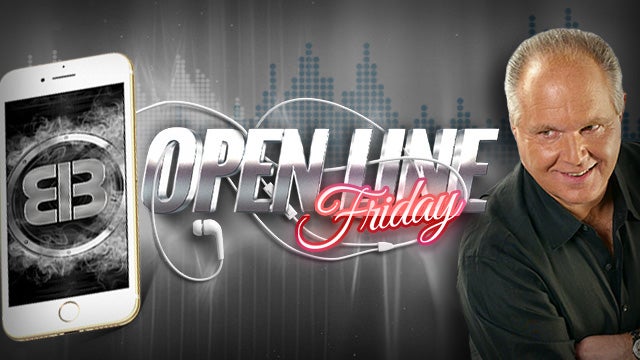 RUSH: Jim in Jupiter, Florida. Right up the road. Great to have you with us, sir. Hi.

CALLER: Hey, thanks, Rush. Rush, I was down in Miami last week driving to work. I passed by what is to be the groundbreaking of the largest mall in the United States. And it got me to thinking. I said to myself, “This was all supposed to be underwater! Two years ago, it was all supposed to be underwater, all of Miami, based on a 2007 Nobel Peace Prize-winning award winner, Albert Gore, predicted that all of Miami, due to man-made global warming, due to the rising of the sea levels 20 feet, would be underwater.” I just got to thinking, “Well, you know, he’s not good at predicting the future. Maybe he can explain the past, or someone can.” Please explain how about 20,000 years before the United States —

RUSH: No, wait. This is a really a great point. You’re making a really great point here because you’re right on the money. Algore has said just in general that current shorelines — and he has mentioned Miami in south Florida and Manhattan — he has predicted when they are going to succumb to rising sea levels and be underwater. And he did say about Miami that it was only a few short years that Miami, certain parts it, would be inundated by rising sea levels. One of the places where he said so, they are breaking ground on one of the biggest malls in the country.

You have to ask yourself: Who in their right mind would go out and get the financing and make all of the decisions and hire all the architects and everything else that has to be done to build a gigantic mall, only to realize it’s gonna be submerged and underwater in a few years? Who would do this? What kind of responsible planning commission would permit it? What kind of developer would waste his money?

The point is, nobody really believes that where this mall is being built is gonna be inundated by rising sea levels any time soon. There’s another analogy to this. I remember when Gulfstream — which is a manufacturer of one of the largest, most popular corporate aircraft in America, the Gulfstream series. There’s the G550, the G4, the G5, G4, G450. When they announced they were gonna build the G650… The G650 is a foot wider and a little bit taller, has massive range and state-of-the-art interior.

They announced this at a time where the media was telling us that we were on the verge of running out of fossil fuels, and that the supply of fossil fuels was finite and that we were gonna have to do something real fast because we’re losing fossil fuels. We were going to have to start conserving fossil fuels. It’s a good thing because it caused climate change and so forth. I asked myself, “Why would Gulfstream…?” I happened to know the CEO at the time. I said, “Why are you guys doing this? How are you gonna power this jet? How are you…?

“If there isn’t gonna be any kerosene refined, which is jet fuel, jet A… “If you’re not gonna have enough jet fuel for anybody who buys this plane to fly it, why are you gonna make it?” He said, “Well, what you’re hearing isn’t true. We routinely study the fuel markets, and you’re right, Mr. Limbaugh, as you always are. There’s no way that we would design, introduce, manufacturer a brand-new jet if there isn’t going to be ample supplies of fuel for it.” He said, “By the way, we’re not the only people who make jets.

“We’re all going to continue to make new ones. Everybody I know in the jet business,” said the Gulfstream CEO, “is designing and building new ones. In fact, Mr. Limbaugh, you can look around and you’ll find some people actually trying to redesign supersonic travel. It’s a Concord…” I said, “Well, how can any of this be if we’re hearing that there’s a finite supply of fossil fuel and that you’re not gonna get enough for anybody to be able to fuel one of these planes to fly it anywhere?” He said, “Well, it just simply isn’t true.”

So I once again realized, listen to the people who are making financial investments in their products and in their businesses designed to grow the business and sell them. Why would they start making new airplanes if there isn’t gonna be any fuel? Why would they build a brand-new, big mall if it’s gonna be underwater in five years? All you have to do is look at real life. Look at people, at what they’re investing in, where they are investing in it, and you’ll know the future.

You’ll at least know where the smart money thinks we’re headed in the future as much as anybody can know it. But I’m just here to tell you that old Jim here in Jupiter is right. There is no way on earth you build the biggest mall in the state of Florida or in many other states in a place that you think’s gonna be under water or that Algore thinks is gonna be underwater. Does that change what Algore said? No, no, no.

In fact, in Hawaii they have these things periodically called king tides, and when king tides hit in Honolulu and Oahu you can have streets in Waikiki temporarily flooded. When those things happen… King tides have happened for eons. When king tides happen, that’s when Algore goes on TV. Says, “See? See? Climate change! Rising sea levels! Precursor! Honolulu soon to be underwater!” It’s just a king tide. It happens regularly. It goes out; it comes in; it goes away. They just lie to people, folks. They simply lie and make it up. Make money, making money all the way.