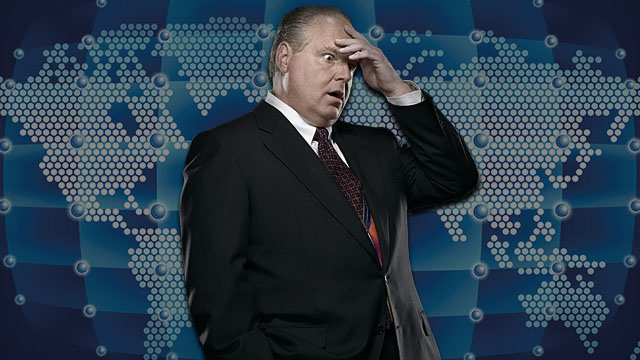 RUSH: How many of you have seen the stories about the fate of Brexit in the U.K. and understand what you’re reading, watching, or hearing? I submit to you that if you’re relying on the Drive-By Media to understand what the heck’s going on with Brexit, that you are nothing more than confused. The odds are you have no idea what they are telling you in the Drive-By Media.

RUSH: Let me tell you, Brexit’s very simple. The British people voted to leave the European Union, and ever since then the British elite have been trying to sabotage that vote, up to and including alleging the Russians influenced the original Brexit vote! The Russians monkeyed around in that election as well! Did you know that? The Russians want Great Britain out of the EU because that means Great Britain will be a sitting duck as far as Putin is concerned.

They’re using the same playbook to try to get rid of Donald Trump and overturn his election, pretend it didn’t happen. Same thing with Brexit. There’s a little bit more to the Brexit story. It’s even more despicable than that, but that’s the basic foundation of it.