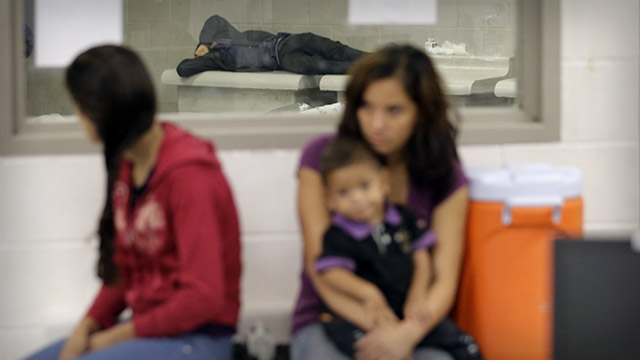 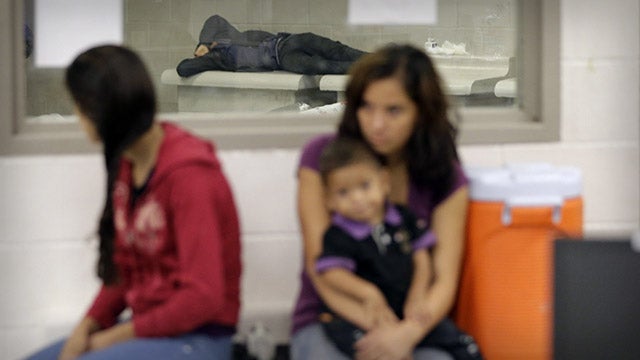 This is such a nothing burger story as well. This goes back, the allegation the media and the left made that Trump was purposely separating young children from their families at the border when they arrived in the United States for freedom and prosperity and justice. And Trump hates immigrants and was separating the families and is putting parents in jail and putting the kids in Romper Rooms and he wasn’t letting them out ever, it was horrible.

And none of that was true. Trump didn’t order anything. Trump wasn’t ordering any separation. It has been U.S. policy for years and years and years that families be separated when they arrive here illegally and when the adults are claiming asylum. And, in fact, it was a ruling by the Ninth Circuit Court of Appeals in California which reinforced this! It was a leftist idea at the time because the left believes that separated families increase dependence, and any time you can increase dependence on government, that’s the Democrats.

The Democrats are responsible for this. But Trump decided, “Okay, okay, if you don’t want to separate families, I’ll do an executive order, we’re gonna stop it.” And he did. And then the Democrats said, “You can’t do that. That’s anti-constitutional.”

So last week Reuters has this story: “The Trump administration said on Thursday it plans to withdraw from a federal court agreement that strictly limits the conditions under which authorities can detain migrant children, and proposed new rules it said would enable it to detain minors during their immigration proceedings.”

But that’s not the deal. That’s just the latest catch-up on the news. The real story is this. Parents don’t want their immigrant kids back. The ACLU has a problem. After fighting President Trump after separating illegal alien children from their parents, the ACLU has discovered the families don’t want their kids back. The group asserted itself as lawyers for these parents but never asked the pertinent question, “Do you want your kids back?” The answer is a resounding “no.”

The ACLU is learning the parents don’t want their kids returning because the violence in parts of Guatemala is as bad as in the south side of Chicago. We’re not talking about parents that have arrived here. We’re talking about parents in Guatemala and El Salvador and so forth who have put their kids on the train or in the back of a flatbed and said, “Head to America, kid,” leaving them unaccompanied.

Now, that may be hard for American parents to relate to. Who would put their kids on a bus and say, “Sayonara, don’t want to see again”? But we’re not like the rest of the world.