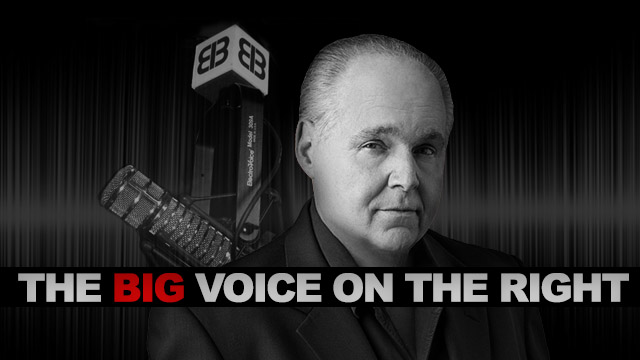 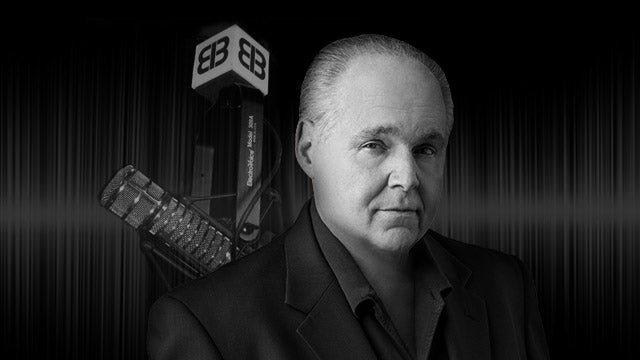 RUSH: So I just took a look here at the Drudge Report during the break, and what do I see? What is the lead headline on the Drudge Report? Let me read it to you: “White House Expands FBI Probe.” I said, “What the hell is that?” So I clicked on the link. Here’s what it is. (shuffling papers) Right here my formerly nicotine-stained fingers. It’s the New York Times working in tandem with NBC News. Headline: “White House Tells FBI to Interview Anyone Necessary for Kavanaugh Inquiry.“

This is because of what they claim Trump said at his press conference today where he said, “No, I don’t want to limit anything.” They run a fake news story, NBC does, claiming Trump’s limiting the investigation. He says, “No, I’m not. That’s fake news.” So then they’ve got it on record, “Trump Not Limiting Investigation,” which means it can go on and on and on and on, and now they’re broadcasting everywhere: “White House Tells FBI to Interview Anyone Necessary…”

Right on schedule, CNN reports that the Democrats have submitted a list of 24 people they want the FBI to talk to. This after Fox News had it earlier today that the FBI’s about to wrap up tomorrow. This is gonna have to be shut down at some point. This cannot go on. All this is, is delay, delay, delay, delay, and I’m gonna tell you what needs to happen. There is an assumption operating out there that needs to be shut down, and that assumption is that the investigation that has taken place since Kavanaugh was named is somehow insufficient, is somehow incomplete.

Somebody needs to be stand up and say, “It’s the exact opposite, that this is the seventh investigation.” Now, Trump has, but somebody besides him needs to make the point that this has been a thorough investigation, that every last minute jack-in-the-box that’s popped up here has been looked into and the effort has been made. But there’s only so much you can do with a woman who doesn’t remember where or when whatever happened to her happened.

And there’s only so much you can do when the people in the room she says were there claim they weren’t! This investigation, somebody needs to stand up and vouch for it! Somebody needs to stand up and promote it! It needs to be spoken for! This has got to be stopped! Because it’s not real. The Democrats are allowed to make it up as they go, submit names they want the FBI to talk to? Investigations don’t work that way!

The FBI follows evidence, leads, and when they don’t find anything, unlike Bob Mueller, they stop! Mueller’s been looking for collusion with Trump and Russia for two years and hasn’t found any. But he’s still going. And that’s exactly what this is gonna be if somebody doesn’t stand up and stop this! Somebody on the Senate Judiciary Committee needs to stand up — or Mitch McConnell needs to stand up — and start vouching for the investigation that he says has taken place.

There are six separate FBI background checks of Brett Kavanaugh. Somebody needs to speak up for ’em. Somebody needs to vouch for ’em. Somebody needs to stand up and say, “They have been thorough and they haven’t found anything or he wouldn’t be where he is now sitting on the D.C. Circuit Court of Appeals!” But that’s not happening! Somehow we’re letting the media get away with the idea that the investigation here into Kavanaugh has been half-baked, lukewarm, and incompetent because of Christine Blasey Ford coming around at the last minute with no evidence, no corroboration, and nothing.

Yet she’s incredible; Kavanaugh’s not. Look, we had a caller earlier, “How do you stop a bully? You smack ’em in the face.” Somebody needs to stand up and tell the Democrats to shut the hell up, that they’ve gotten everything they’ve asked for in this case and there just isn’t anything there, and to go home. The idea this investigation is not thorough, is incompetent, is incomplete, or has been rigged is absolutely bogus. Now, there making things up, that Trump is gonna limit it.

He did no such thing, but he sure fell for the bait. “I’m not limiting anything. I’ve told the FBI to take this wherever it takes them.” Promptly, Democrats say, “Well, here’s 24 people we want you to talk to.” What if you called the FBI and said, “There’s some people in my town here really, really screwing the pooch and I need to get something done about it and here’s the number, “would you go and talk to ’em?” (Snort!) It doesn’t work that way, does it?

“But, Rush! But, Rush! This is the United States Senate. Clearly they can have the…” No. It’s not… (sigh) One other thing. You know, one of the movies I have recommended over the years that people rent if they haven’t seen and watched it is called The Lives of Others. It’s a movie about East Germany during the Cold War, essentially how the government literally spied on every citizen. The German chancellor at the time was Erich Honecker.

He’s the guy that, you know, drugged the East German women, Olympic teams. Anyway, it’s a frightening movie in terms of what a gigantic police state with the ability and power to spy on people creates. Well, I have here a tweet from none other than Jane Mayer who’s done her level best to destroy Clarence Thomas, writing books about the Anita Hill-Clarence Thomas thing. She tried to blame the TV show 24 for torture at Abu Ghraib and Club Gitmo! She blamed a TV show for inspiring torture in the United States military!

And now instead of the lives of other others now we’re gonna weaponize college friendships. Here is the tweet: “If you knew Brett #Kavanaugh at @Yale and have any relevant information about him, please send a text to @NewYorker’s @JaneMayerNYer ’77,” ’cause she’s a Yale graduate 1977, and there’s her phone number here. “Please RT.” So she’s out soliciting from anybody who could say, “Yeah, I knew Kavanaugh! 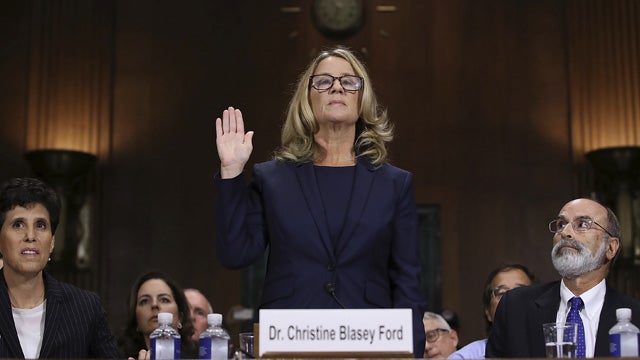 “I saw Kavanaugh. I didn’t know him but I saw Kavanaugh. He could barely stand up! Every Friday this guy would beating people up and they were going to hospital.” You saw that? “Yes, I did. I saw that.” It doesn’t need to be true. She just needs to able to say somebody somebody told her. “Oops! We got another allegation we gotta track down.” This is how this is all going, until somebody stands up and says this is it and starts vouching for the investigation that’s taken place.

Isn’t that what Rosenstein and McCabe and Strzok Smirk and Mueller and all these people say? Aren’t they out there vouching for their investigation into Trump? Isn’t the media telling us every day it’s thorough and it’s continuing to look and all this sort of stuff? We’re not allowed to think that investigation’s flawed in any way. But this one? “Yeah, this is all rigged. Yeah, this? They — they — they’re ignoring things. Eh, they don’t care to find out what happened to Christine Ford. BS!

RUSH: And there’s one other thing today that has been bothering me ever since I saw it, and that is this report first on the Fox Business Channel and then Fox News that the FBI says that they’re about ready to wrap up their investigation, may have it wrapped up tomorrow. Folks, the FBI would never say this! The FBI doesn’t announce when they’re gonna end things. They don’t even tell you when they’ve started something. So what the hell is this?

I mean, even if it’s true, they wouldn’t announce, “Hey, we’re gonna have this wrapped up.” They wouldn’t go to the media and say this unless… Unless it’s somebody at the FBI who want the media to say it’s over tomorrow so that the media can say the fix is in. Because the big news of the day is that Trump supposedly said that the investigation can be widened. The New York Times has it. Now here comes a story that the FBI’s finished, wrapped up tomorrow? Don’t buy it. Don’t believe it.