CALLER: Good afternoon, sir. It is an honor to speak with you today.

RUSH: Well, thank you. I appreciate that.

CALLER: And I just want to let you know real quick, both and you Kathryn are both named out loud in my daily prayers. You sound great, buddy. So keep up the good work. We need you.

RUSH: We very much appreciate it, sir. Thank you.

CALLER: You’re very welcome. I was actually just calling basically with an observation. In keeping with, you know, a theory that I heard you mention a while ago when COVID first broke out and about how the doomsayers never — because they basically align themselves on both sides of the argument, they never really seem to lose.

CALLER: And you’re absolutely right. And in the wake of everything that had been reported previously by the Drive-By Media, you know, especially outlets like CNN whether it be about Stormy Daniels or the Ukraine or Russia and everything was wrong and they were so unapologetic about how wrong they were every single time. When COVID broke out, their ratings were in the crapper. They were doing terribly. So when COVID broke out, all of a sudden they had the right and the ability to say, be afraid, be terrified, stay home, don’t leave your house, you might die, but stay tuned in. Continue to listen to us, because we know best.

So they could just continue to write their own narrative and actually believe their own BS, which is a gift that they possess. I don’t know how you do it, how you believe your own lies, but they do it, and they do it time and time again. And they shape the narrative for the rest of the country because you have — I live in North Carolina, and this is currently a blue state, not for long, hopefully, I’m hoping we can get Dan Forest in because Roy Cooper is just like you say and he is keeping things shut down just to try to hurt the president.

CALLER: Even though the numbers appear to be going up as far as cases in this state, it also has a lot to do that we are a hospital center and we are doing testing unlike anyone else. There is testing going on everywhere. Therefore you’re gonna get a higher infection rate. At the same time they don’t talk about how the death rate goes lower with every new case. 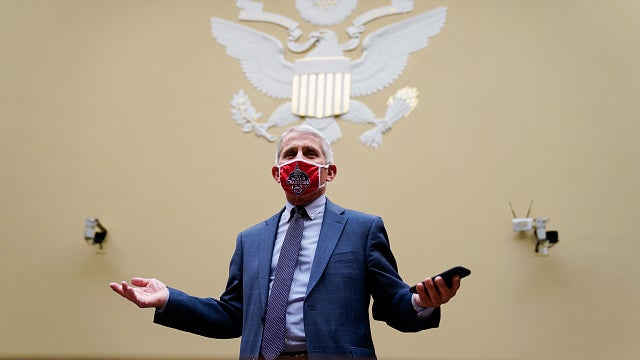 RUSH: Now, all that is true. When I tell people that North Carolina is a blue state, we got a lot of people down here, “No, Rush, come on, you’re embarrassing yourself, that’s a red state, the Republican Party runs that state. You need to get with it because we got a Republican governor.” In name. You got an R next to his name, but last I looked the Republican convention wasn’t welcome there for a host of reasons.

Your point about the doomsayers, I’m glad you reminded me of that because it’s been a while since I’ve pointed this out. Doomsayers are, by definition, people who predict doom, and they can’t lose, folks. The way doomsayers set it up, can’t lose. If you take an optimistic side of something and push it, you might be wrong, and in which case you’re on record as being wrong. Doomsayers manipulate things in such a way that they are never wrong. And when they are wrong, they’re happy to be wrong.

So they predict doom. They predict gloom. They predict absolute horrible things. They get your attention. They succeed in bathing everybody in sheer, undiluted, raw pessimism. You’re drowning in it because of the doomsayers. All they do is pummel you with pessimism. And then maybe it isn’t as bad as they say. They come out and say, “We’re so happy, it’s not as bad as we predicted, and the reason it isn’t is because we warned people.” So they can never be wrong. And that’s important to understand because the media is always going to focus on the doomsayers. That’s the equivalent of “it bleeds, it leads” negative news they prefer.