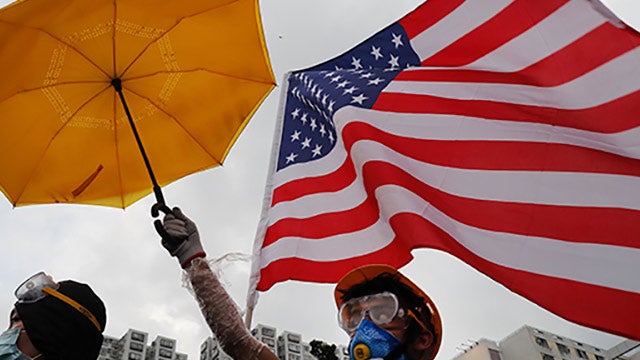 RUSH: I just watched something amazing. While all this was going on, there are massive protests at the Hong Kong airport. The ChiComs have been threatening to impose ChiCom government policies on Hong Kong. And the people of Hong Kong don’t want any part of it because they know it’s going to add up to a massive loss of freedom and independence.

I mean, Hong Kong, before the ChiComs regained control of it, Hong Kong was maybe one of the classic illustrations of raw capitalism that you could find. It worked, and it worked like a charm. And then the Brits, when they’re getting rid of their empire, they’re turning back over to the ChiComs.

Now, watching the live footage, there are people protesting. They’ve shut down the Hong Kong Airport. This new Hong Kong airport is huge, folks, and they’ve shut it down for two days in a row. Live footage of the police clashing with the protesters.