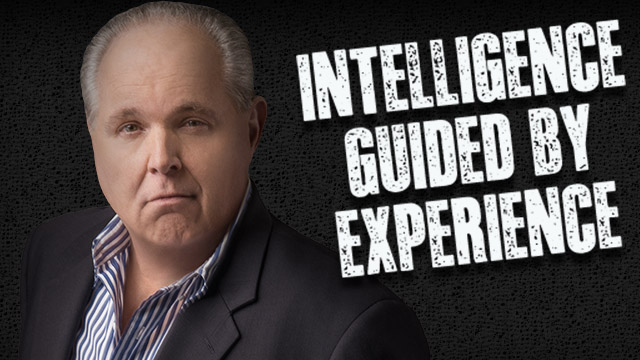 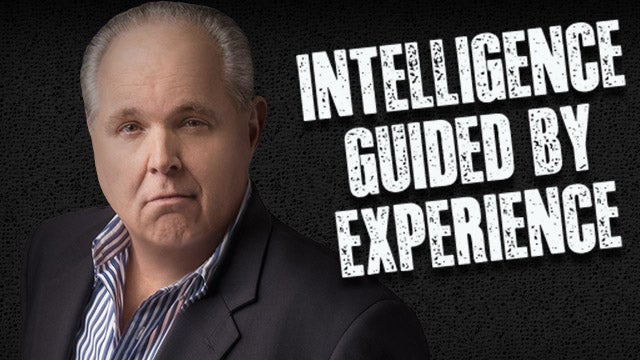 RUSH: So many emails asking me, “What do you really think, Rush? I get the sense that you’re holding back today.” Holding back, huh? Uh, no, my friends. I’m not holding back. I’m waiting to hear what is said at the upcoming press conference. The media is eagerly anticipating. And it’s upcoming. They’re seated at the Department of Justice waiting for whoever’s gonna conduct this to explain how they found the guy, who the guy is, if they found anybody else working with the guy.

When you add that to what you know or think you know about all of the various political players involved here and do you think, for example, that the deep state… Not just the Democrat Party. See, I can’t ever put out of my head what has been done these past two years on this totally bogus investigation to prove Trump colluded with Russia.

That is so big, that is so outrageous, what has been done in these past two years. Ignoring the real collusion and the real criminality and not even investigating it. Planting spies in the Trump campaign. Lying to the president about whether he’s a target or not. Literally trying to set up Trump employees, staffers and so forth — set them up so that they behave in certain ways as to give the impression that Trump is colluding with Russia, that Russia was involved, that somehow that election was illegitimate.

That project is still ongoing! It’s ongoing in the form of the Mueller investigation, and along that line, George Papadopoulos — who at one time was the guy the FBI told us was the reason this investigation began? George Papadopoulos is now claiming that what he has learned in these past two years, he’s thinking of withdrawing his plea agreement with Mueller. Just briefly to recall: Papadopoulos was a young, eager beaver so-called foreign policy adviser on the Trump campaign.

He never met Trump. He never gave him any advice. But he was hired early because the media was hounding Trump, “Who are your advisers? Who’s on the…?” So he fills out these positions. Papadopoulos was set up. He was invited to London by one of the spies the FBI embedded the Trump campaign, guy named Stefan Halper. He was then introduced to a professor from Malta named Joseph Mifsud who planted in his mind the idea, “Hey, George, do you know this? Do you know this? Do you know the Russians have a whole lot of Hillary’s emails?”

Papadopoulos is a 24-year-old kid. He thinks he’s being told something really big. So they tell him this. Then he finds himself having adult beverages with the ambassador from Australia at a bar in London, and the ambassador to Papadopoulos says, “You know, we know that the Russians have a lot of Hillary email.” So this ambassador goes back and reports to the FBI what Papadopoulos told him. Well, they planted it in his head!

He didn’t know it independently because it probably isn’t even true. So Papadopoulos is spreading the word that the Trump campaign knew that the Russians had Hillary emails? At one point that’s what they told us was the starting point for the investigation to go get the FISA warrants. It’s all bogus! That was not when the investigation started. It started way before that. My point is, how much the deep state wants their government back, we don’t even really understand.

We think we do, but we don’t have any idea. These people have an entitlement to our government — the strings, the levers of power, their positions in it — that you and I cannot relate to. We can do our best to try to understand it, but they think they own it. It’s theirs. They are scared to death that the actions that I just described, the Mueller investigation, this whole two-year silent coup…

They are hell-bent that none of what they’ve done ever really see the light of day, that nobody ever find out. And the fastest way to making sure that nobody ever finds out is to make sure the Democrats win control of the House and eventually get the Senate and the White House back and then everything’s cool. The cover-up will continue. Nobody will ever know what really happened. These people who might be facing jail time or other serious criminal problems will be spared. 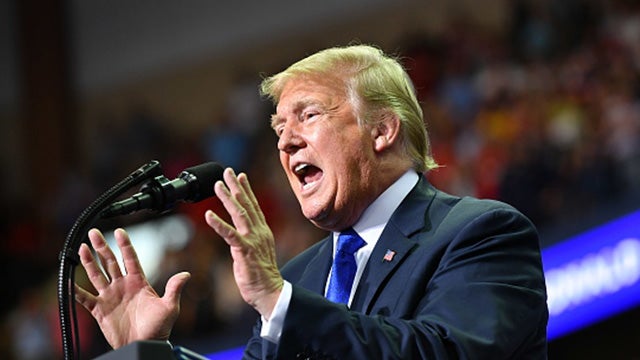 That’s another reason why Hillary had to win — and the Mueller investigation, I believe, is an attempt to distract everybody and be a cover-up for the real conspiracy and the real coup and the real collusion that went on. Well, if I believe all of that to be true — and I do, and I know it is true. I have no doubts about it. Those people are capable of anything to get what they want. I have no doubt about it, and I’m sorry; it’s not my fault for being suspicious.

They have made me suspicious, and all of you. That attempt, this ongoing attempt to destroy Donald Trump, to overturn the election results of 2016 — and it was codified (epitomized, if you will) in what they’ve tried to do to Brett Kavanaugh. It’s no different. And they aren’t going to stop. I don’t need to be told or reminded how fit-to-be-tied enraged they are over their failure to get rid of Trump.

I know their psychology. I know these people in the media, and I know that these democrats, folks, they are just beside themselves that everything they’ve got in their arsenal of weapons hasn’t worked. So given that — this is the sum total of intelligence guided by experience — I don’t believe… I’m not gonna believe just because I’m told than that happened the way it did. And that’s a shame.

Every day, sometimes many times a day for a year, two years. Stuff made up out of whole cloth — n news stories literally made up — all to advance the agenda of essentially canceling the election results from 2016 and finding a way to get Donald Trump out of office. There’s a list of people — Democrats, Republican, moderates, independents, Never Trumpers on the conservative side — the whole of the Washington establishment.

So here we are two weeks before the midterm elections. The Democrats have to win! They have to win it. They’ve told everybody that the American people are tired of Trump, and they want to get rid of him. They realize their mistake. They’ve been telling everybody there’s gonna be a blue wave. It’s a fait accompli. Nate Silver: 85% chance!

Two weeks out a bunch of bombs start showing up in places that the media can then say that they are being received by “Trump targets”? I’m sorry. I didn’t fall off the turnip truck ever, and certainly not yesterday, and the world of October Surprises coupled with all the other realities I just exposed, and I think it only makes sense to be suspicious and demanding of proof for whatever we’re gonna be told.

RUSH: It’s just like that news that Trump is using an unsecured phone to talk to the ChiComs. Does anybody really believe that, that Trump knowingly uses an secure phone, knowingly lets ChiComs listen to what Trump is saying, that’s how stupid Trump is? Do we believe that? Hell, no, as they say.

RUSH: Yes, my friends, the Democrats have to win the House. If they don’t, the Mueller investigation wraps; the GOP can finally see every document involved here. The biggest scandal in our lifetimes will unfold. An attempt to rig an election, and then an ongoing effort to undo that election — and then to overthrow a duly elected president — will be exposed. That’s what must continue to be covered up. That’s why the Democrats, among other things, have to win the House.