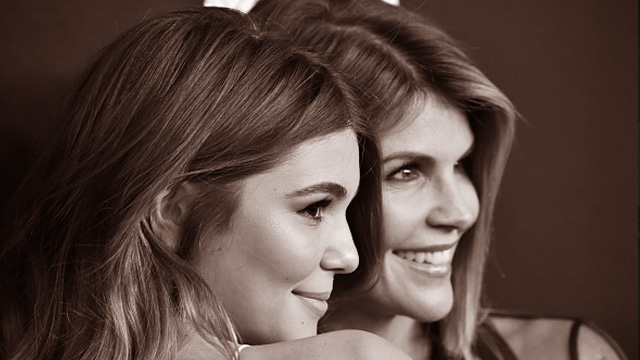 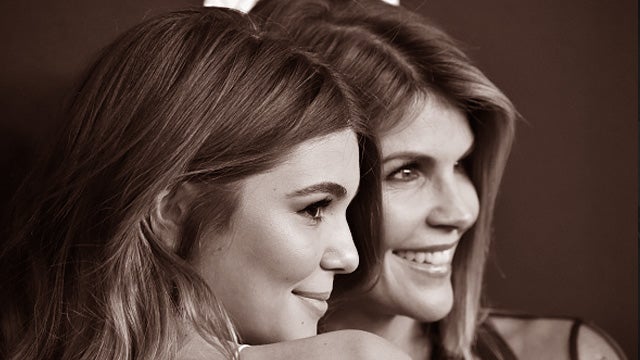 CALLER: My husband and I only listen three hours a day. But my question — well, not really my question. I guess my gripe is I think we need to change how colleges are admitting students. And it’s not so much the elites coming in the back door and the side door and everything else that has me upset. It’s this government forum called the FAFSA. It’s the Free Application for Federal Student Aid. And it’s really a detriment, I think, to the middle class and the upper the middle class.

And what I’ve learned about it is, you know, the Ivy Leagues, the upper tier schools, they’re not giving merit money anymore. You could cure cancer in your basement and they’re not gonna give you a scholarship for it. What they give is need money, so if you’re poor and smart you’re all set. And basically they give this cost of attendance, or COA, where they wrap everything up and say this is how much it costs to come to our school. But don’t worry about that because it really depends on this government form. And you plug all your data into the government form, and it spits out a number, in my case one that’s really not very realistic unless my family eats ramen noodles.

RUSH: Wait a minute. What is the number it’s spitting out, the qualification number?

CALLER: It’s spitting out the number that the government says you can afford to spend for your child’s education.

RUSH: Why do you need the government telling you that? You should know what you can afford or not.

CALLER: Absolutely. And this is what I find so outrageous. And it’s based on, if you’ve saved for your kid in one of those 529 accounts, that’s about dumbest thing you can do because any money that’s in your kids’ name really gets hit hard by this FAFSA form. You’re better off saving for your retirement and ditching it all on your retirement because they won’t go after your retirement, but they ask you how many cars do you drive, how much is your house worth, what’s your payment. They really dig into —

RUSH: This is nothing more than they’re collecting a profile on you.

CALLER: It is, and it’s redistributing the wealth, because if you’re FAFSA number is more than the cost of attendance, then you’re hammered, you’re paying the whole thing. If your FAFSA number is less than the cost of attendance, that’s called need, and that’s what they give you money for. They give you the need money. So my kid, who’s first in her class, who’s busted her behind, she’s not gonna get a scholarship and we’re not gonna get squat for need money. So we’re gonna be on the hook for the whole thing subsidizing someone who maybe hasn’t saved as much or, you know, the families haven’t — 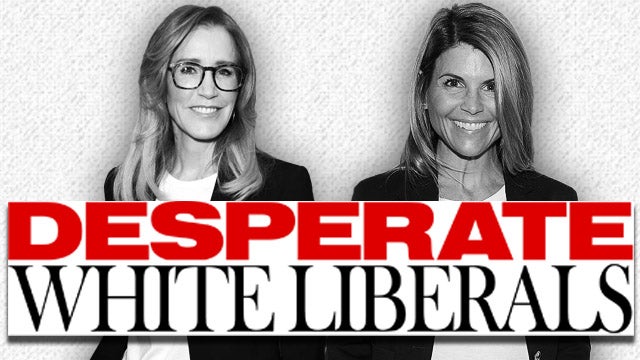 CALLER: It’s an outrage. It’s absolutely outrageous. So I don’t care who comes in what doors, that’s really not the biggest problem for me. And I’m glad that I guess everyone’s having this conversation now about college admission.

RUSH: We are, and I have a couple of stories that I’m gonna take the occasion of your call — you’re absolutely right about this, and you say this is related to the student loan program?

CALLER: It’s form everyone has to fill out. You know, I don’t recall doing this when I went, but this is the first thing you do, you fill out this form —

RUSH: Not when you went, the government wasn’t controlling the student loan program when you went, but they are now. I’m not gonna go through this riff again, everybody’s heard it a number of times. The student loan program has gotten so out of control, it’s how they maintain high salaries for the professors, there’s never any rollback or reduction in the cost tuition, and people are going bankrupt here. You’re going into debt to the tune of, in some cases over a hundred thousand dollars or more, for a college education. It could take you 20 years to pay it back —

I’ve got a New York Post story. “CEO’s Daughter ‘Gloated’ About Cheating on SATs in College Scam — The daughter of a CEO whose parents allegedly paid big bribes to get her into Georgetown University ‘gloated’ about being fed the answers to her SATs, according to prosecutors.

“Isabelle Henriquez’s parents — Manuel, the founder and CEO of Hercules Capital, and Elizabeth — were among dozens of well-heeled moms and dads charged with bribing their kids’ way into top colleges in the massive admissions scam that on Tuesday rocked the nation.” This is the Rick Singer program. 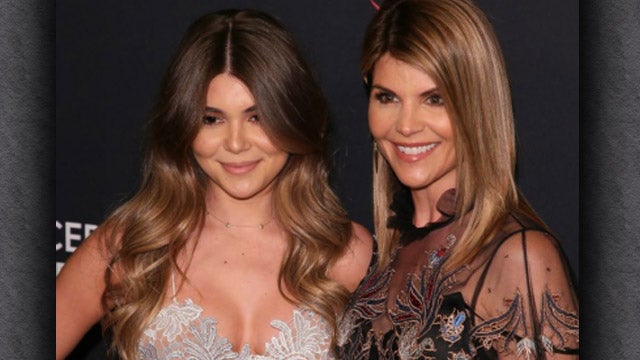 In a way it’s kind of sad. You know, there are a lot of people that feel sorry for Lori Loughlin. She’s lost everything. And she was Miss America, Miss Sweetness America, apple pie, Chevrolet, hot dogs and all that stuff. And to be ensnared in this. Now, these families that have been caught up here are gonna lose a lot just from some bad decision to try to get their kids into a top flight school. A lot of people are walking a very, very thin line on this. You could probably end up nabbing a lot of people in some form of bribery or other form of payment scandal to get kids into college.

But in this case, it’s another leftist, Manuel Henriquez. According to OpenSecrets he gives moderate amounts of money to Obama and Hillary and the DNC. I still haven’t found the rich conservative family involved in this yet, Dawn. I’ve been looking. I’ve been waiting for that trapdoor. I’ve been looking for somebody to focus on some rich white extremist nationalist conservative participating in this program, and I can’t find anybody. 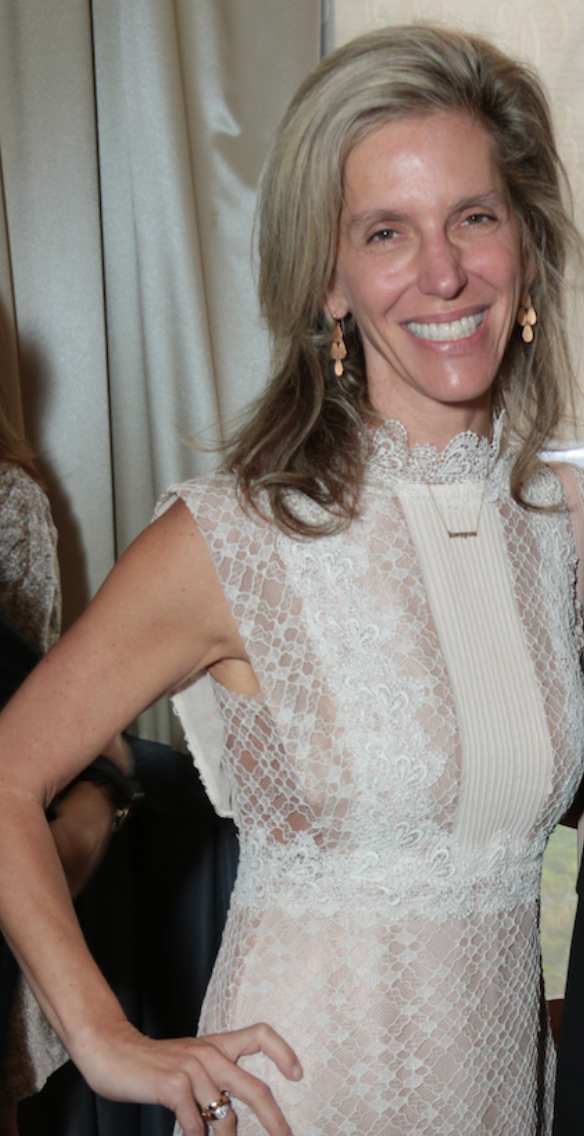 Okay, from the New York Post: “Mom Ensnared In College Admissions Scam Hosted Gillibrand Fundraiser Last Week — Alleged college scammer Jane Buckingham — the marketing CEO accused of paying $50,000 for her son to get into the University of Southern California — was a co-host of a Sen. Kirsten Gillibrand fund-raiser days before the indictments hit.

“Buckingham is listed as a co-host for a high-end Beverly Hills, Calif., event at the home of Los Angeles FC owner Larry Berg and his wife, Allison, last Saturday to fund Gillibrand’s exploratory 2020 presidential run.”

“Mom Files $500B Lawsuit Over College Admissions Scandal — A single mom from California has filed a $500 billion class-action lawsuit against the high-profile parents wrapped up in the nationwide college admissions scandal — including actresses Lori Loughlin and Felicity Huffman. Jennifer Kay Toy is asking for billions in damages from the 33 wealthy parents, claiming her son was denied a fair shot at entry to the elite institutions because of their actions, according to the lawsuit filed Wednesday in San Francisco Superior Court. Toy says her son, Joshua, who is also named as a plaintiff, didn’t get into the schools where cheating allegedly took place even with a 4.2 grade point average.”

You’re gonna see a lot more of this as this thing unfolds. You’re gonna have a lot of people coming forward seeing an opportunity to score big bucks as victims of the scandal who didn’t get in because of the actions taken by the scammers themselves.

RUSH: One more story on the college admissions business. “Story of Mother Sentenced to Jail for Enrolling Child in Different District Resurfaced Amid College Scandal.” It’s a story from TheHill.com. “The story of a black mother who served jail time for using her father’s address so her two daughters could enroll at a better school gained new attention on social media this week as news of a widespread college admissions scandal broke.

“Kelley Williams-Bolar served nine days in jail in 2011 after she was found guilty of using her father’s address instead of her own in an attempt to have her daughters enroll in a better school district than the Akron, Ohio, one they were slated for…” It’s the age-old thing. When it comes to education (sigh), parents want the best for their kids. They’ll do whatever they have to do to get it for them. Now, a lot of people believe that — with exceptions — it’s a pretty level playing field.

But it isn’t. And, unfortunately, the best schools or the better schools are not those found in the public school system. So whenever voucher programs are offered for admission into private schools, parents stand in line for them. And that’s why this story has struck such a chord is because these people engaging in this were wealthy already. They could have found ways to get their kids in (chuckling) without breaking a law. They could have endowed a building or there’s any number of ways that this can be done.

There’s also the legacy admissions formula, which holds that the children of well-heeled and well-donor’d alumni have a much easier time getting in than others. But it remains the greatest quest on behalf of kids that parents go through. Now, here is… Let’s see. This is from something called Western Journal: “Video Surfaces of Actress Snared in College Bribery Scandal Lecturing About ‘Educational Inequality’ — A brief video emerged on Twitter showing Huffman, who starred in ABC’s Desperate Housewives,” and a program also called American Crime. 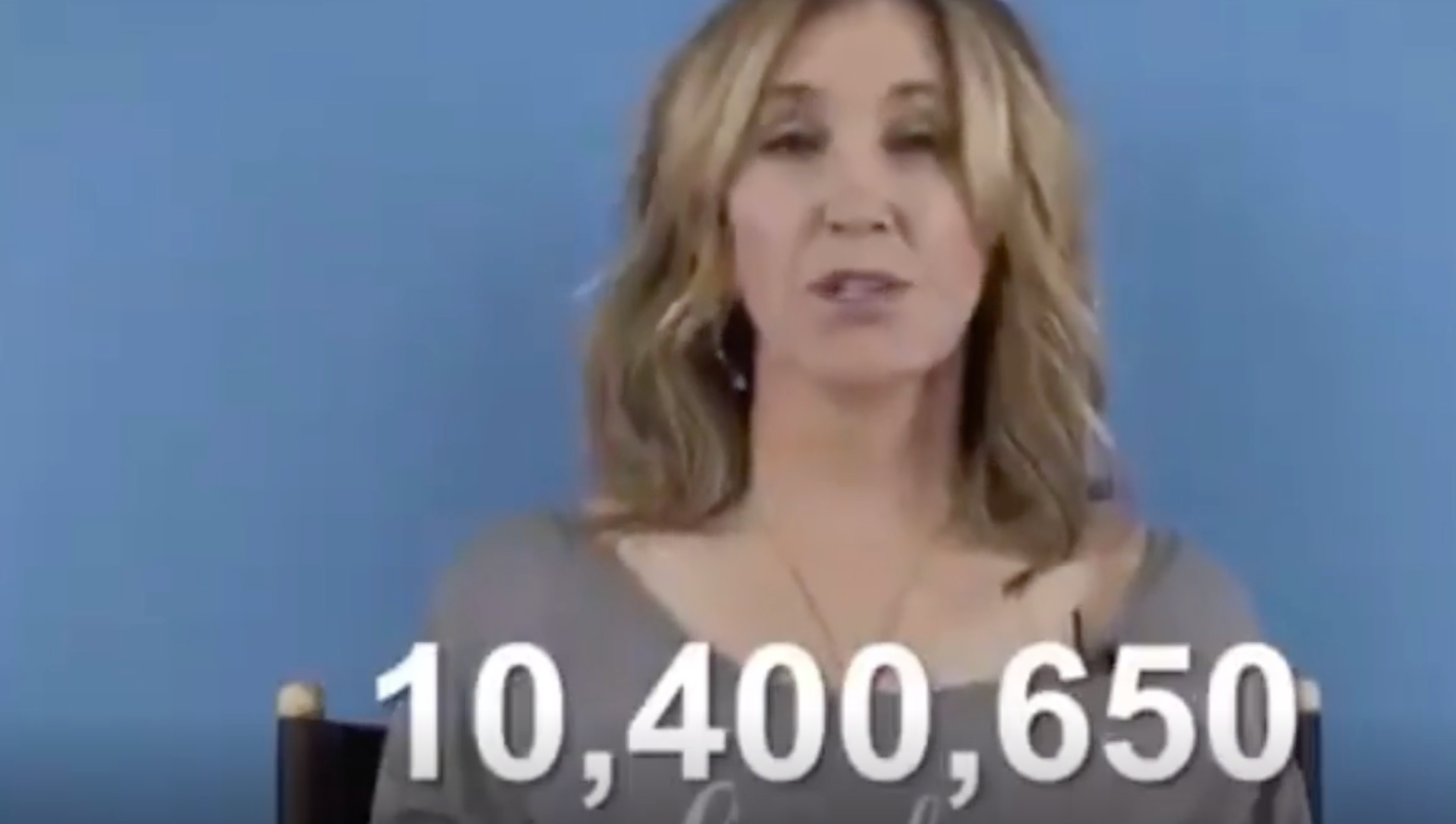 I have to tell you, she was in two seasons of American Crime. First season, she was awesome. I just have to tell you. She was just awesome in the role she played. It’s a sick show. It’s a sickening show. It shows the underbelly of life in some of the just rotten neighborhoods, and it’s got a, you know, “America’s racist” image about it. America’s bigoted, America’s unfair, America’s this and that. Her character was a white trash mom, divorced from an alcoholic guy who was played by Timothy Hutton, whose son was doing drugs and overdosed or something, and it screwed up the family, and…

Ah, it was a mess. But aside from all that, she was superb in it. I never saw her in Desperate Housewives. I never watched it. But, anyway, the hypocrisy just continues to pile up here. “A brief video emerged on Twitter showing Huffman … sporting a ‘Cool Mom’ top posing with the number 10,400,650. ‘The number represents just one of the 130 million girls who don’t have access to an education. If these girls were a country, they would be the tenth largest in the world, approximately the size of the U.K. and France combined,’ she said.

“‘No girl should be denied the opportunity to learn and it’s on us to make the change,’ she said. ‘Let’s get that number down to zero.'” See, the hypocrisy just… It’s a stink on these people! Here she is in the middle of this scam paying off whoever she has to to get her daughter into this school, while running around preaching about the inequality of education in America and how unfair America is and how bigoted America is. That’s just the stuff that grates on me.