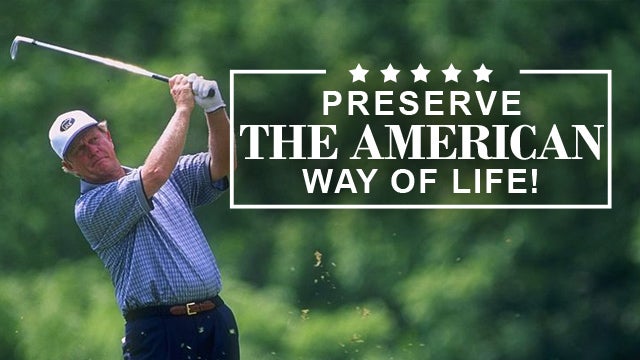 RUSH: Now, last night I started getting massive quantities of messages and emails from people who wanted me to see something. What it was is an endorsement of President Trump by Jack Nicklaus, the greatest all-time professional golfer in the world, and I want to read his endorsement to you, and I want to tell you one Jack Nicklaus story.

“I’ve had the privilege over the last 3-1/2 years to get to know our current president,” writes Mr. Nicklaus, “a little more as his term has progressed. I have been very disappointed at what he’s had to put up with from many directions, but with that, I have seen a resolve and a determination to do the right thing for our country.”

President Trump “has delivered on his promises. He’s worked for the average person. In my opinion, he has been more diverse than any president I have seen and has tried to help people from all works of life — equally. I’m just a guy from Ohio and a Midwestern middle-class family, whose grandfathers both worked on the railroad. They gave their son — my father — the opportunity to pursue his education and his American Dream.

“I was taught strong family values and worked hard to pursue my own dreams — my own American Dream. I also believe that Donald Trump’s policies will bring the American Dream to many families across the nation, who are still trying to achieve it. You might not like the way our president says or tweets some things — and trust me, I have told him that! — but I have learned to look past that and focus on what he’s tried to accomplish.

“This is not a personality contest; it’s about patriotism, policies, and the people they impact. His love for America and its citizens, and putting his country first, has come through loud and clear. How he has said it has not been important to me. What has been important are his actions. Now, you have the opportunity to take action.

“I know we are only a few days from Nov. 3 and Election Day, but I am certain many of you have not yet made up your minds. But if we want to continue to have the opportunity to pursue the American Dream, and not evolve into a socialist America and have government run your life, then I strongly recommend you consider Donald J. Trump for another 4 years. 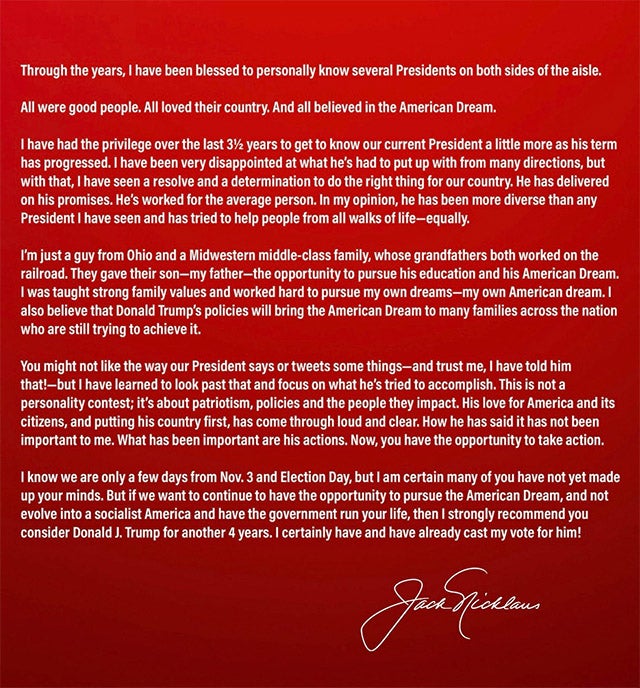 “I certainly have and have already cast my vote for him!” Trump responded on Twitter: “Jack, this is a Great Honor. Thank you!” I’ve told all of you that one of the greatest aspects of the success that I’ve enjoyed over the course of my life has been the opportunity to meet people who are the best at what they do — and to, in some cases, get to know them pretty well and learn from them.

You create hopes and dreams about what that means, and meeting great people and learning from them, that was something I… Well, I thought that it might happen, but it’s not something that was put at the top of the list of things that would be part and parcel of success. But it turns on that it maybe is the best perk, and I’ve had the good fortune to play golf with Jack Nicklaus a few times.

One time was after Thanksgiving last year, and I just want to tell you… I was playing well this day, and I had met Jack a number of times before. I hadn’t played golf with him. I think this was the first time I did. No, it was the second. But, regardless, it was one of the few times, and you can just identify classy people by the way they do things, and that day we were playing — the day after Thanksgiving — I was playing particularly well, which was a plus for me.

I mean, the last thing you want to do is go out and be hacking in a round and duffing in a round and embarrassing yourself when you have a chance to play with Jack Nicklaus. For me, I was playing pretty well, and, as we were at the 16th hole, the second shot is a long shot if you take it over water. I grabbed my 6-iron and I took the swing and I put it to like four feet, and Nicklaus drove up on his cart.

He said, “You know, I’ve been videotaping your swing all day. I’m gonna put your swing on my desk. I’m gonna videotape the swing, and I’m gonna put it on my desk so I can learn from it,” and I just started laughing. (chuckling) I said, “The last thing he’s gonna do is do that.” But that’s how he chose to compliment me, to say that he was going to put my swing on his desk. 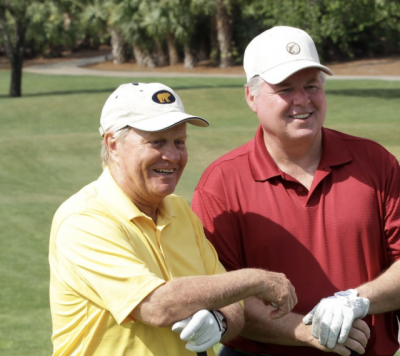 Folks, that is the epitome of class. I cannot… It’s more than, “Hey, man, you’re playing well today, really good.” He came up and made a point of telling me about my swing that he thought he could learn from it. That’s just… That was just the most incredible thing. I just… I felt like bowing down and thanking him so much for it. But he’s truly a class act.

His family was with him that day, his sons, and it was just a great day. Weather-wise, it was perfect, and he’s just a class act. So when he writes this message for people about his reasons for supporting Donald Trump, you can believe every word of it, including the parts where he says he’s not crazy about the way the president talks sometimes and not crazy about the way he tweets, but that that doesn’t matter.

In the big picture, big scheme, that doesn’t matter a hill of beans to what’s really important.

So I wanted to share that story with you.