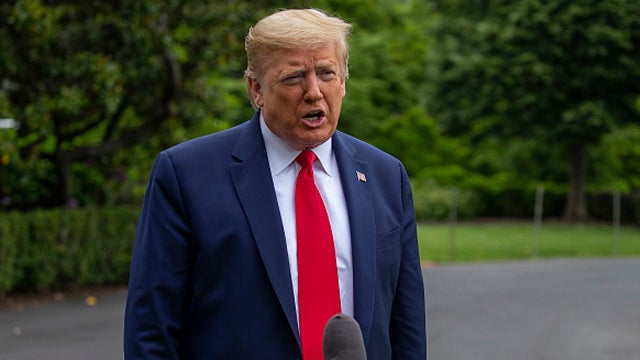 RUSH: Romeo or Romeo, one of two, Michigan. This is Mike. Thank you for waiting, sir. Hi.

CALLER: Thank you, Mr. Limbaugh. I’m 27 years old. I’m one of your younger listeners, and I just want to say I appreciate everything you’re doing for the country and whatnot. My concern really is my generation, the Millennials. We are a weak bunch of wussies. And I just can’t stand it. You know, like you have to monitor, even at work you gotta monitor your voice all the time.

And I just don’t have any faith for the future. I don’t know what we’re gonna do after Trump. And I’m really concerned about it and you’re one of the last of what I consider to be the old guard. There’s guys like Ben Shapiro and all that who are awesome, but it’s not really the same as you and whatnot, but anyways, I just want to —

RUSH: Now, wait a minute. Wait, hold it a minute. Why is that? This is a little disturbing, ’cause there is a young component of people in so-called conservative media. Got Ben. You mentioned Shapiro. You got Charlie Kirk out there, Candace Owens.

RUSH: I’m not trying to get you to dump on ’em. What’s your — I don’t know — problem, or what is your concern?

CALLER: My fear, Mr. Limbaugh, is the fact that everything in society now from church, to professors, to the media and whatnot sells a different image to where eventually I feel like people like me are going to feel like that they cannot even have a voice, that they can’t even do anything in order to make it better, to voice their opinions. I mean, look how much they try to shut Shapiro up. Look what they do on social media to the president, nonetheless the conservatives. I can’t say how many times, even on social media, you voice something and —

RUSH: Okay, I understand. You’re 27, so this program is older than you are, therefore you do not know of all of the efforts that have been made to shut this show down that we’ve survived. The last I looked, Shapiro is still doing what he’s dying. They’ve tried to shut him down, but they haven’t succeeded, have they?

CALLER: No, they haven’t.

CALLER: But I feel it’s only a matter of time. Like I said, they have such a powerful outlet of — I mean, they control the bureaucracies. There’s people like Dr. Fauci, I feel, and just people in the background pulling the strings that are really the ones who are going to, at the end of the day, take the power away from people like myself. And we’re gonna end up —

RUSH: You’re right to have the fear that this is what they want to do. I mean, you’re part of a generation which has really been ill-educated. Your generation has been lied to about the fundamentals of this country and our founding, about Western civilization in general. But, you know, the thing that I could tell you here is that there are more of you than you know. They’re just afraid to pipe up and be heard because they’ve got the same fears that you’ve articulated here. They really think they’re gonna be targeted. So people are shutting up.

Let me tell you something. I had a story yesterday. I wonder if I saved it. I don’t think I did. It was two different things. It was about the rampant, the incredible record now of gun sales taking place. That means a lot, it’s a meaningful thing, and there was one other aspect, things that are happening out there that indicate that people like you are by no means in the minority, no matter how it looks and no matter how it feels.

You’re right in your perception of what these people want to do to try to shut you up and everybody else. But they don’t have to win. They don’t have to succeed. And I ultimately don’t think they’re going to because I don’t think they are any way representative of what a majority of Americans want. You would be correct in saying that it doesn’t matter to them because they’re gonna force it on everyone. They’re a bunch of dictators. They’re a bunch of totalitarians. They’re a bunch of authoritarians, and you’d be right about that. They’re not gonna wait for you to change your mind and agree with them. They’re just gonna force you if they can.

CALLER: I appreciate it, Rush. Hey, I just want to let you know, Rush, my family and my uncle Steve, you sent him a shirt, we wish you well. We’re so glad. By far the best State of the Union was with you. And we’re so happy that you were honored.

CALLER: And never have I thought of anyone who deserves that Medal of Freedom more than you. You’re keeping it right side up and we appreciate it. God bless you.

RUSH: Thank you. I appreciate it. Right there. You know, somebody called a couple weeks ago, “Why are you doing this? You don’t have to do this now. You could do anything in the world.” That right there is why. Because there are — I know, folks, I know how much — he don’t want to say fear. I know how many people are of a forlorn attitude about the future, and who isn’t? Even if Trump wins, then who is the next Trump 2024? There will be one. There are people that want to be the next Trump right now.

It’s just that everybody’s playing everything close to the vest because there aren’t a whole lot of people that want to subject themselves to the daily destruction that Trump gets. It is challenging times. There’s no question, and as the mayor of Realville, you know, I’m not going to gonna sit here and sugarcoat things, but I just gotta tell you, Mike, people like you are going to have to step up. And I don’t mean go out and get a radio show or whatever. 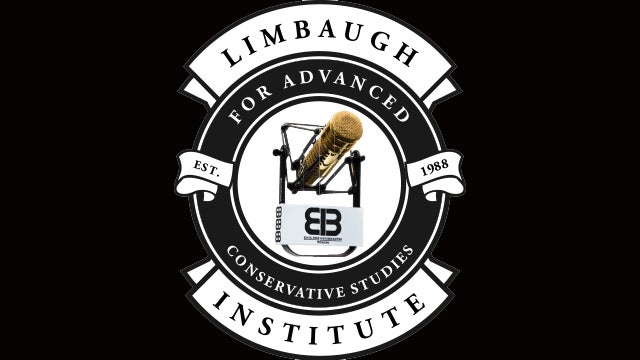 I love to use the example of African-Americans. I know it goes against my thinking on this thing, but I’ll explain it again. The Democrat Party’s been promising African-Americans my whole life — let’s just say 50 years. They’re gonna fix all the grievances that black people have. And they haven’t fixed one. Because in my whole lifetime, African-American complaints haven’t changed. They’re still upset with the racism, they’re upset with slavery, whatever it is, it’s stuff that the Democrat Party has not fixed even though they’ve promised to.

So I ask myself, at what point do these people start realizing they’re throwing their votes away and that they’re being taken for granted? Well, the answer to it is real simple. The Democrats in the media over the course of those same 50 years have succeeded in, I’ll just call it destroying the branding of the Republican Party or the conservative movement to the point that even though they may realize that the Democrat Party literally hasn’t done one thing for them, they still they the Republican Party is worse.

They think the Republican Party is a worse option than even the Democrats. But at some point I think, look, some of the latest polling data on African support for Trump, you would not believe it, 20, 25%, if those numbers hold up during the election, the Democrats have already lost and don’t even know it. And there are people who have been trying to change the thinking of the African-American population again for as long as this program has been out there. I use it as a yardstick, so 30 years, 32.

But you just can’t give up. Mike, we’re still the majority of thinking in the country. I know it doesn’t look like it ’cause we don’t get a fair shake and we’re not in any way in control of the media, but don’t doubt me on that.

RUSH: Here is Al in Brooklyn. Great to have you, sir. Hi.

CALLER: Yes, Mr. Limbaugh, it’s a pleasure to talk to you.

CALLER: An honor, the Real Anchorman. 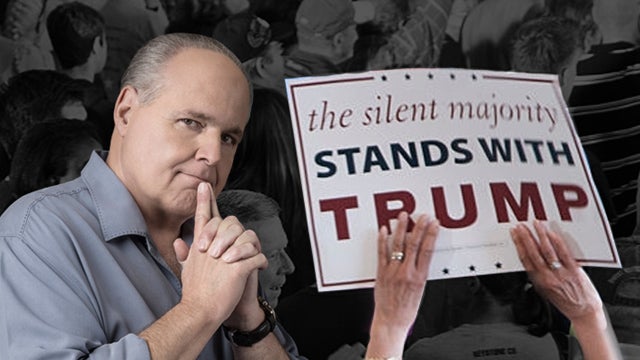 RUSH: I appreciate that. Thank you very, very much.

CALLER: Yeah. First-time caller. I’m a little bit nervous. I am a Democrat, but I feel that I’m betrayed. Do you really think it’s Biden running or is this Marxist Sanders running? I mean, we are in grave danger. I don’t know, my children, what is the future gonna be here. I mean, this is the nation, the land of the free, no? And to get such people coming in, they want to bring down our nation. Never mind Republicans, Democrats, you know. You know, we have to feel a little bit there’s supposed to be a heart. You know, people just talking storm troopers, the Speaker of the House and defund the police. I mean, we’re in danger over here. It’s terrible. Terrible.

RUSH: Are you worried that most Americans don’t see the danger for what it is?

CALLER: Of course they see. Of course. Of course. But, you know, it’s the media with these fakers. And, you know, they’re trying to show the people that the other side is no good. What are they showing? 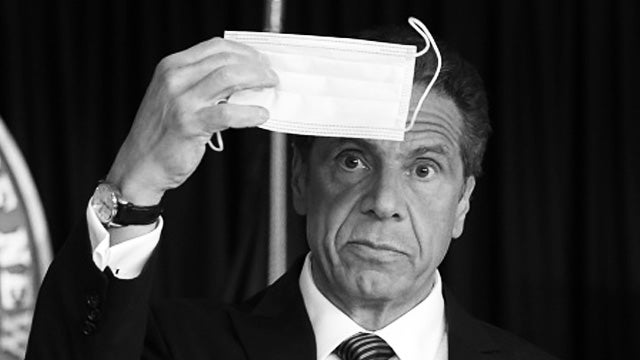 And he’s right. And now what’s happening to the restaurant business in that town and all over the country, brought to you by the Democrat Party. I really think that more people are aware of this than you can possibly know ’cause the media, you talk about the media, they’re not giving any indication of this. But you wait. You wait. You see if I’m not right. We’ll find out November or sooner, maybe.