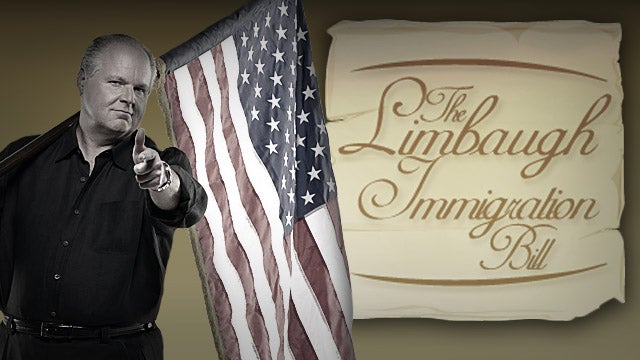 KEN: You know, immigration was long a topic of discussion throughout Rush’s entire career, and his take on it, like so many things, was brilliant. In fact, Rush Limbaugh even came up with his own immigration bill. Take a listen.

RUSH: What the Republicans need to be doing with immigration in my mind, just off the top of my head here? They need to fight for something they know they can’t get simply because they don’t have the numbers.

“You know, we’ve got ten to 12, 20, whatever it is, million immigrants in the country. We’re not talking about deporting ’em. Nobody is. But we’re gonna lock down this border, and we are going to reestablish this distinct American culture that immigrants in the past came to this country for.

“It’s just the Democrats are gonna be a little bit nicer because they are the welfare state guys.” Well, position this as something like: “We’re looking for Americans; we’re not looking for votes. We’re looking to shore up and secure our border, and there are certain things that you gotta do once we let you across. If you get caught crossing illegally, you never get back in here.”

That word gets spread all over the world, and we adhere to that with the ones that do get here that we allow in — that we permit in — under the policy that we come up with. Next, we’ll deal with the assimilation of those who are here. Nobody’s talking deportation, but the border has got to be secured and shut down. As I say, this is just the most general of approaches here. When I say, “You need to be able to hum a few bars of the National Anthem,” 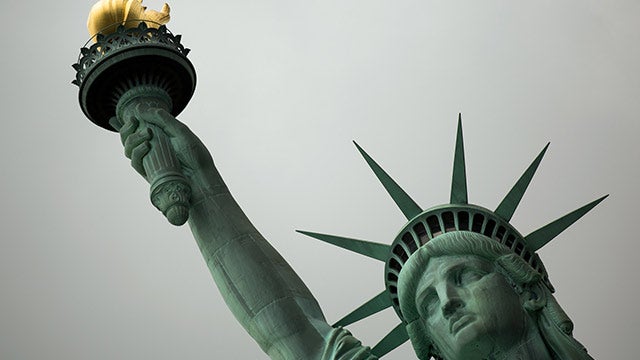 We simply reestablish that, and then we realize that immigration involves more than just people from the Southern Hemisphere. It involves people from Europe and Asia and everywhere. It’s not oriented toward one group of people. You fight for it!

You know you’re gonna lose it with this current president and party, but you fight for it, and you give people a rallying cry. You define yourselves in the process, instead of simply running around and making it look like you also are trolling for votes, or that you want to be credited with compassion, and so forth.

KEN: Isn’t it amazing how history repeats itself, and this is what’s so sad about the lack of real history instruction in American schools. Historical repeats itself. The patterns repeat itself. What the Congress is doing now… The current Congress, the cornerstone, sadly, has become corruption. So it’s the same thing over and over again and over again and, “We’re gonna have a billion-page bill.

“We’re gonna give you an hour to read it. If you don’t sign it, we’re gonna call you a racist; so you better sign it,” and then all the political buddies get paid off. We all scratch our heads. How many times has that happened? Hundreds of times, just like this immigration debate. If I hear one more Republican say, “Yeah, I’m really strong on immigration,” and then what happens?

RUSH: Isabel! One of my all-time top 10 favorite female names. Isabel in Fort Myers, Florida, great to have you on Open Line Friday. Hello.

CALLER: Hi, Rush. Thank you so much. This is unbelievable. This is the way I want to finish my week.

RUSH: I’m glad you got through.

CALLER: Thank you. I’m a Hispanic, five years U.S. citizen. One of the things that infuriates me and sometimes logically I don’t understand is why many of the Hispanics who live in the United States, who left our countries because they are corrupted, because the politicians promised the moon, the stars and all the planets and never come through. They do it every year and they take your money away. They put poor roads, no services, nothing works, right?

CALLER: We already have been down that road, talking about generations, in all the Latin American countries. And we come here thinking, “This is the land where I can flourish. This is the land where my talents are going to be rewarded because I work hard and I have good ethics,” and we go and vote behind those same demagogues, populists and corrupt politicians like the current administration. So that is the piece that I get very… How can I say? Passionate. Mad. Disappointed. And everything in between. That we are still that gullible by our own wrong decisions, wrong judgments, right, and we have to bring all these Hispanic people around.

I just see that we are slowly but surely, the United States of America, a country where it used to be ruled by the law, now the law becomes a moving target and depends and covers whomever plays the game better. I’m seeing it and it’s so sad. The only difference between the American politicians and many of the Latin American politicians is that the ones here, they speak good English. That’s it.

RUSH: Well, yeah. There’s no question that it’s got to be frustrating to people like you. I mean, you have come here because you wanted to escape.

Not everybody’s coming here for the same reasons you did. Some are coming here because it’s a giant hammock. There are as many reasons as there are people. But I can imagine the disappointment you faced. And a lot of us feel the same way when we see what’s happening to the country. And the real thing about it that bothers so many of us… I don’t know if this is affecting you, but so many of us look out over the landscape and don’t see that many people that care about it. Anyway, I appreciate the call, Isabel. Thanks very much.

KEN: Imagine the impact that call had on millions of Americans, especially younger people. Because that message that you just heard has been removed from the news media because the news media is dominated by the left, and one of the foundational principles of leftist thinking is, “America, it’s just not that good. It’s just not that impressive, and often it’s the bad guy.

“And everybody else is the good guy. And wealth, not good. Success, ah, not really that good, unless it’s Jay-Z or Barack Obama, that success or Oprah or Hillary Clinton. That success is okay.” But you get the point. So many people come here for freedom, and because our schools don’t teach real history, too many people don’t know what real freedom is, and they certainly don’t know what Nazism or fascism is.

That’s why they throw those names around like candy.

RUSH: Here’s Alejandro be with Alejandro from Beaumont, Texas. I’m glad you called. You’re next to the program. Great to have you here.

CALLER: Rush, a pleasure and honor to speak with you. As an immigrant from Argentina, I got here when I was 20 years old and I got — I apologize for the way I’m speaking. I’m really nervous. I listened to you on the radio as soon as I got in Miami, and you say something really profound. You always have to involve yourself with smart people and try to learn what they do, and then you say — try to find something to make a living that you really love.

And when I got in here from Argentina, I actually was running away from a guy like Obama. We got free medicine, free everything in Argentina, and I’m here, and what I accomplished in this country, believe me, there is no way in the world that you can accomplish as much as you can in this country.

CALLER: I was a line cook. Today I own my own company, and I have a — we share a love. I just become a private pilot, and I bought my own little plane. And, I mean, I’m ecstatic. I’m super happy. And last year I got my citizenship just to go vote Obama out. 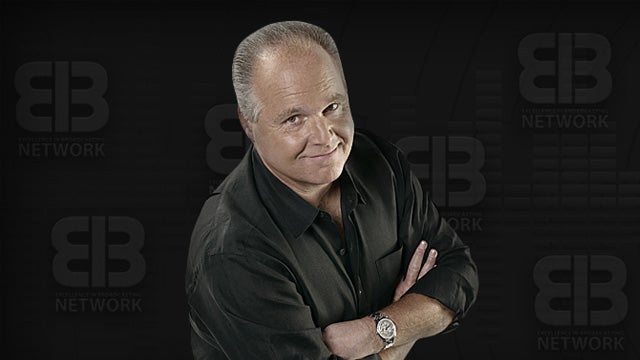 RUSH: Well, God bless you, Alejandro. And I’m gonna tell you something — I’ve got 30 seconds here. But I think you said something profound, and you went by it pretty quickly, and I want to go back to it. He said, people like him come to this country to run away from the Obamas of their country. So he came here, and he found what he was looking for, he became successful, was able to buy a little airplane, and now he feels like he’s back home.

He feels like whatever he was running away from caught up to him. We’ve had people the Eastern bloc who’ve called and said the same things over the years. Alejandro, I’m honored you’re in the audience. I’m glad you got through. You know, if we’re talking amnesty for 11 million Alejandros, it’d be a whole different ball of wax, folks. This guy, Alejandro, people like him are the Democrats’ worst nightmare.

KEN: And there you have it. More truth.