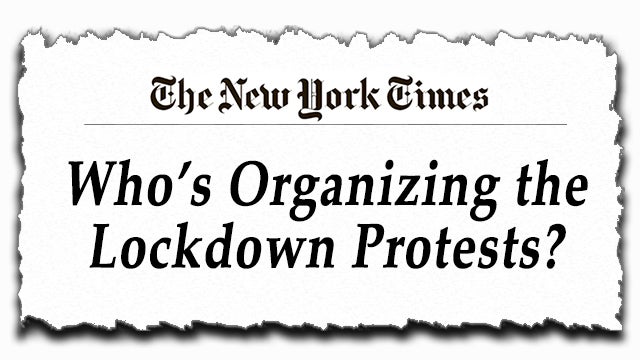 RUSH: I’m still responsible for all the protests out there. Despite never having advocated even one of them. Oh, yeah, we’ve commented on them, but I haven’t advocated a protest.

I haven’t given marching orders, because I never do. Yesterday on the New York Times website they have a podcast called The Daily, and Jim Rutenberg… This guy used to be dependable years ago when he first got the gig. This is what he had to say about the protests against the states and the governors and their stay-at-home orders. 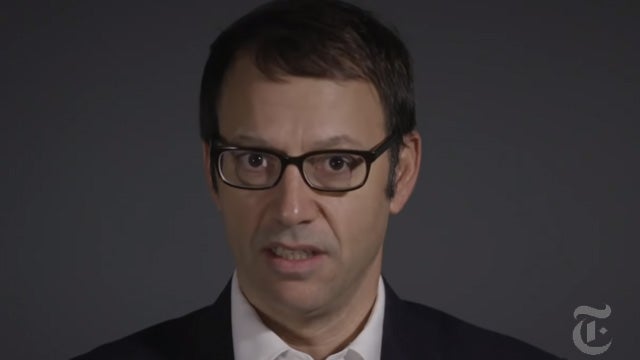 RUTENBERG: As these protests roll out, they’re becoming a cause celebre in conservative media.

RUSH ARCHIVE: By the way, there are uprisings all over this country against governors and their restrictions.

RUTENBERG: They’re getting tons of play! Rush Limbaugh, all the talk radio hosts! But you have ample coverage on Fox News’ regular news programming as well. We started to see some tweets from the president of the United States. “Liberate Minnesota! Liberate Michigan! Liberate Virginia!”

They are the greatest example of American history. It’s public and popular dissent. They’re “speaking truth to power,” however they characterized. By the way, Gavin Newsom, who is the governor of California, has forbidden public protests on the grounds of the California state capitol in Sacramento.

Permits will no longer be granted for malcontents that want to protest on the capitol grounds — which are gorgeous. It’s a beautiful setup there, the state capitol, California. But still, when did protests become horrible and rotten and something we need to blame organizers for? You know the answer to that.