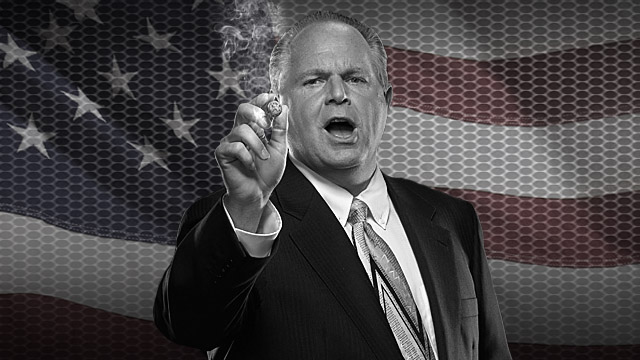 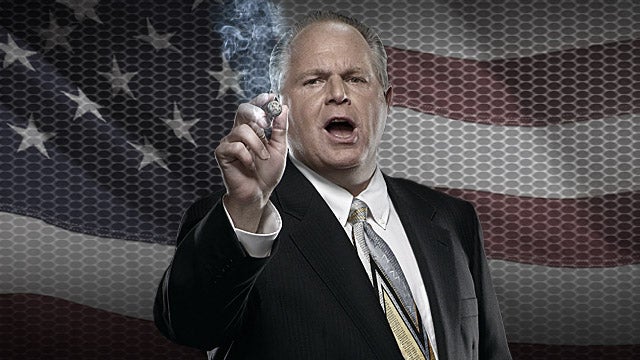 RUSH: Right here it is. “Three Different NBC News Stories on Kavanaugh Face Accuracy Issues — NBC News published a misleading article that claimed Supreme Court nominee Kavanaugh misled the public on when he first found out about Deborah Ramirez’s accusation against him.” That story is falling apart. “NBC spread a claim in an anonymous, entirely uncorroborated letter allegedly from a woman who claimed to have heard that Kavanaugh pushed his girlfriend up against a wall in 1998.”

That can’t be corroborated. “NBC also faced criticism for reporting on evidence-free social media posts from a woman who claimed to have heard rumors of Kavanaugh accuser Christine Blasey Ford’s accusation during high school.” That can’t be corroborated! I mean, NBC has been putting things out there that nobody can find any evidence of, and now they’re backtracking and trying to cover their rear ends. 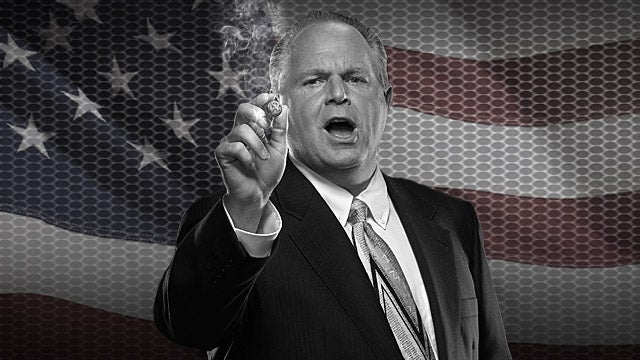 This is funny. You know, Avenatti’s case… He’s the lawyer for Swetnick, who claims that Kavanaugh is running gang rapes. That has been totally nuked, and Avenatti has not produced any evidence, documentation requested by the Judiciary Committee. He hounds them all the time. So they’ve responded and they say, “Okay, well, send us what we’re looking for here. We’ll look into it.” He doesn’t send them anything. So his last communication to Mike Davis — who’s the chief lawyer for nominations of the Judiciary Committee.

Avenatti sends him a letter, “Mr. Davis, stop playing games. If you’re the chief counsel, then you need to do your job. Please respond to our requests.” Davis wrote back, “Mr. Avenatti, we’ve already reviewed your client’s allegations. We focus on credible allegations. Please stop emailing me.” This whole thing has been a setup, and the Democrat Party is in on it. Various special interest groups of the left are in on this.

The setup is now continuing. First off, grab sound bite 31. Lindsey Graham, in Washington today at the Atlantic Magazine Festival. (Boy, is that a festival you’d like to go to, some magazine festival? I’m sure there’s lots of wine and cheese.) The editor-in-chief Jeffrey Goldberg is interviewing Lindsey Graham. Question: “What would you say to the president about his performance last night where he disparaged Dr. Ford?”

GRAHAM: Everything he said was factual. He’s frustrated his nominee has been treated so badly —

GOLDBERG: — on someone who’s a private citizen!

GRAHAM: You know, here’s what’s personally degrading: “This is what you get when you go through a trailer park with a hundred-dollar bill.”

GRHAM: This is not the first time this has happened.

GOLDBERG: That was actually a reference to something somebody said.

GRAHAM: James Carville. See, most of y’all are too young to remember this. The bottom line is: I know what can happen to a woman who comes forward in a political environment.

RUSH: Now, Graham’s point is that there’s a lot of young people in this audience that don’t remember the Clinton years in 1992 when James Carville was trying to destroy Paula Jones. (impression) “Eh, you never know what you’re get when you drag a dollar bill through a trailer park! What you’re gonna come up with, uh, is women like this who hassle our greatest president on earth, Bill Clinton.”

Hillary Clinton was right in there trying to help destroy those women, and Lindsey Graham was referred that. But these people in the audience didn’t know it. They thought he was talking about Ford, and that’s when he stopped and said, “Ah, ah, ah. See? That’s actually a reference to something somebody said, James Carville. Most of you all are too young to remember this.” So not only do they live in denial that it ever happened.

Now they’re trying to shut down anybody who brings it up. You know, the Clinton years and what they did to women supposed to go down the memory hole. Now I have a transcript. An anti-Kavanaugh protester confronted a Republican senator, and he pushed back. This was an attack or a confrontation walking down the hall. Anti-Kavanaugh protesters have flooded Capitol Hill, and they’ve been allowed to get into the hallways of the offices in Senate office building!

How does that happen? But what we all know how it happens, but they’re there. One of these protesters approached Republican Senator Bill Cassidy of Louisiana on his way through Senate building walkway Monday. And she said, “Why are you supporting Kavanaugh? Why are you supporting Kavanaugh?” Cassidy did not ignore her. He took the chance to push back. He asked her if she would like it if her loved ones were destroyed by uncorroborated charges.

Cassidy: “Why wouldn’t I support Kavanaugh?”

Protester: “Because rapists are bad.” 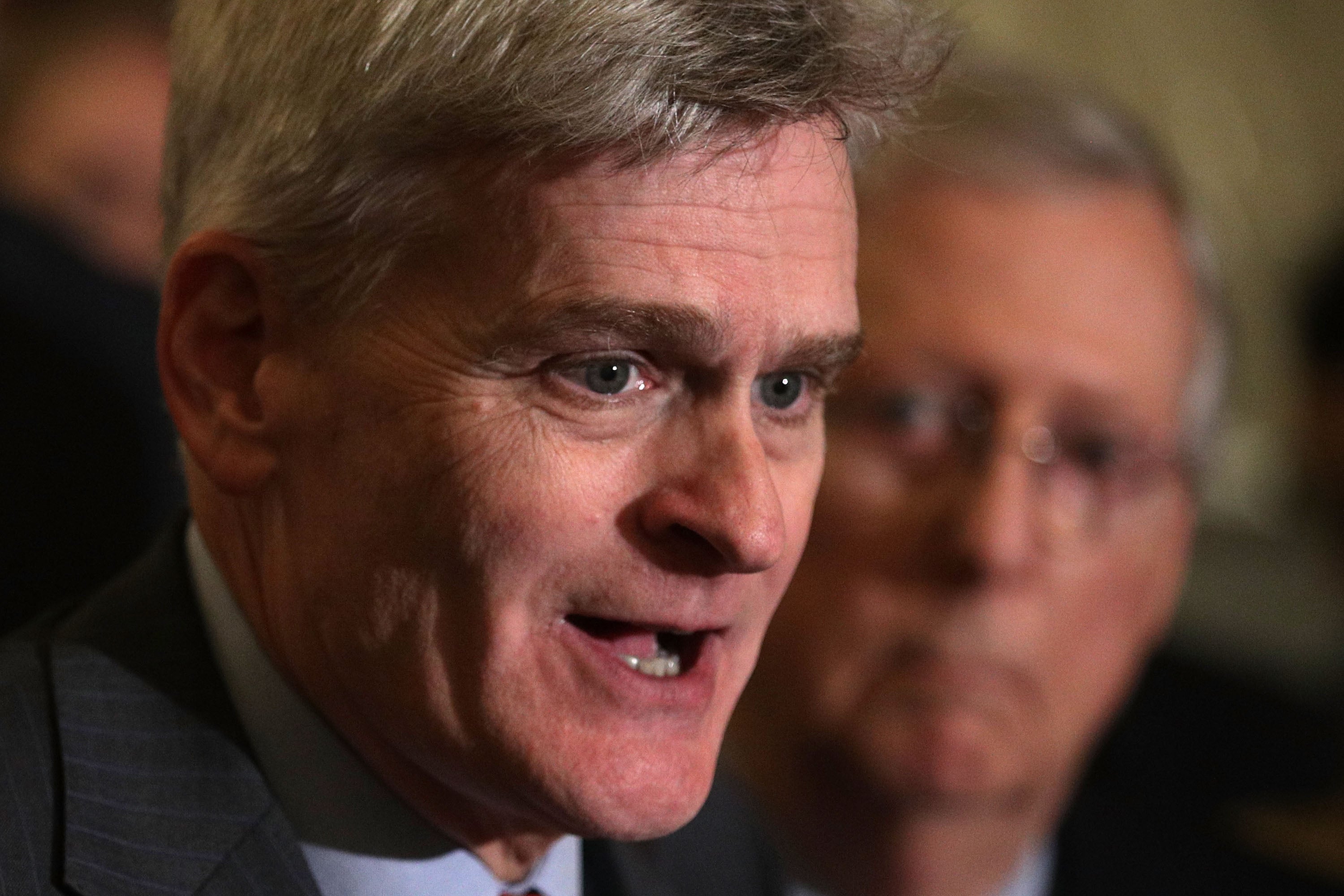 Cassidy: “Wait a second. Everybody there said it didn’t happen; he didn’t rape anybody. So why am I gonna…?”

Cassidy: No. I’m going to believe her best friend who says it didn’t happen. She wasn’t there.

Cassidy: Her best friend said she didn’t remember it.

Protester: So you’re okay, as a doctor, to harm a woman?

Cassidy: Wait a second. Are you okay as a person to go ahead and to accept a non-corroborated charge to destroy somebody’s life? If it destroyed your life, your son life or your husband — ?

Cassidy: Wait a second. Answer my question. If it was your husband, your son your father whose life has been destroyed by uncorroborated, would you like that?

Protester: I would support a full FBI investigation.

RUSH: We’re dealing with programmed robots. I’m glad Cassidy pushed back, but it’s a lost cause on the protester. The protester is not even hearing what he says. She’s got programmed answers bought and paid for by George Soros, and she hears keywords in what he says, knee-jerk reaction causing things and replies accordingly.

Cassidy says, “No, no. Would you like an uncorroborated charge to destroy…?”

“I wouldn’t marry somebody that was a drunk,” said the protester.

“Oh, no. Wait a minute. Uncorroborated.! Answer the question. I don’t think you’re able to. Because you know it’s unfair.”

Protester: “I would stand up.”

Protester: “I would fight and I would make sure women are heard. Clearly you’re okay if a rapist goes on Supreme Court.”

Cassidy: “No, I’m not. But then, on the other hand, clearly you’re okay the absence of evidence obviously means nothing to you.”

Protester: “No, there is evidence. Look at the standard. How many people are in jail for less?”

RUSH: So what this… Unless somebody like me gets hold of a transcript of something else and helps people understand it, it’s a total waste of time to engage these protesters especially if you’re trying to persuade them. You can’t persuade them, just like you can’t persuade the media. You know, I’ve told the story when I was first at this — very young, wet behind the ears, naïve — and the media would want to talk to me. I thought they were very interested.

I knew nobody’s ever heard of me. The radio show’s taking off. I thought they were legitimately curious and that’s how I went into early interviews, and found out that’s not at all what it is. They weren’t curious about anything. They were simply there to discredit me, make fun of me, to raise doubts. It took me longer than I want to admit to figure this out. You cannot persuade these people. You can’t change their minds in debate. It’s why I say the only option is to defeat them politically, and that’s happening.

RUSH: Bill on the Upper West Side of Manhattan. Great to have you, sir. Hi. 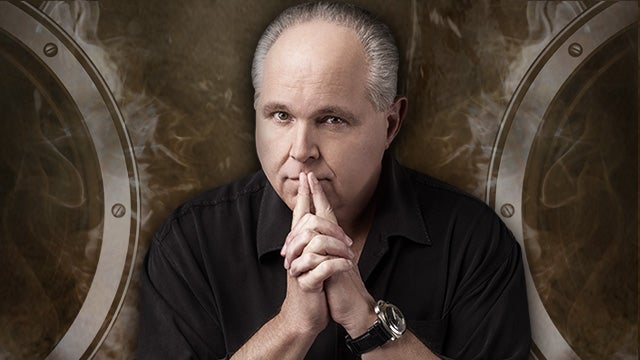 CALLER: Hi, Rush. A delight to talk to you. The problem with all of this is I don’t think anybody’s gonna be punished for it, least of all Dr. Ford, who is a serial perjurer, as you suggested earlier. But I think there is one person who ought to be in the crosshairs, and that is the president of the American Bar Association. I’m looking at an editorial that appeared in the Wall Street Journal September 29th entitled, “Another Kavanaugh Flakeout.”

It talks about Robert Carlson, the ABA president, who, right after the hearings, sent a very misleading letter to the Senate suggesting that they need an FBI investigation and that there must, must, must be a delay in the confirmation. And this Robert Carlson gave this impression and it was coming as an official document of the American Bar Association, which gave its highest uncompromising positive rating of Brett Kavanaugh, but it didn’t. It turns out that this Robert Carlson, the ABA president, consulted no one there —

CALLER: — anyone and didn’t even ask the committee responsible for judicial recommendations.

RUSH: That’s exactly right. I’m sorry to interrupt you, but we’re down to it on time, and I want to buttress your point. He sent a personal letter made to look like the whole ABA was reneging on their referral of Kavanaugh. You’re exactly right. You’re also rightly that nobody here is gonna be punished. Nobody ever is in the swamp! That’s one of the things that has people irritated. No matter what’s learned, no matter what’s exposed, nobody gets held accountable for any of it. And it’s damn frustrating for a lot of people.