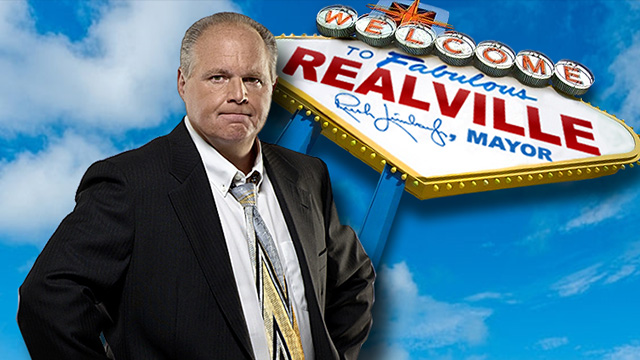 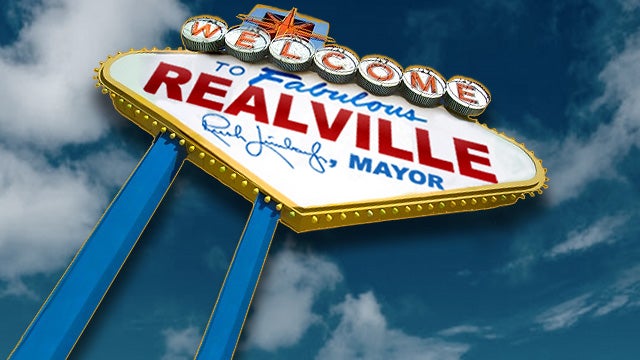 Rod Rosenstein himself has said, and numerous others in the DOJ have said the Russians had no impact on the outcome of any election, nor can it be determined that Russian activity resulted in one vote being changed. Not a single vote! And yet we’ve got all this. 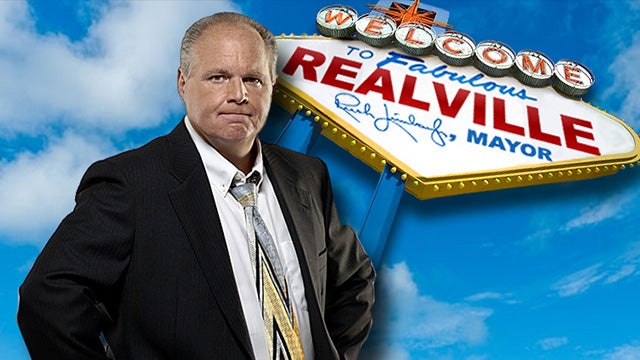 You know, people call it a hoax, Trump calls it a witch hunt. Look, he can use his language. I’m just telling you that what is happening here defies my ability to properly describe it to you. And, you know, I pride myself on being able to communicate what I think and what I mean and making the complex understandable.

And what is happening here and what has been happening since Mueller was appointed, and even before that with the Department of Justice and the FBI infiltrating Trump’s campaign and implanting spies and embedding spies, what has been going on here really defies my ability to — well, I can describe what happened. It’s my incredulity and my shock and disbelief that I’m having trouble properly categorizing here.

It’s beyond scary what people are getting away with. And one of the things that’s scary, it’s so easy to understand, and yet it’s so difficult to believe! People who have grown up and now have kids who’ve grown up just have an intrinsic faith in their government. They always have. It’s one of the biggest challenges conservatives have had in our efforts to persuade people that we need to reduce the size and the scope of government for the protection of freedom and liberty and economic prosperity. We just need government to do basic things and get out of the way of everything else.

There are now 51% of American households where somebody in it gets a government check of some kind, and this number’s been increasing. And as that happens, it becomes more and more difficult to persuade people that a smaller and less intrusive government is better for everything, ’cause they would say, “It’s not gonna be better for me. You want to take my government check away,” for whatever it’s for. People’s back pockets are people’s back pockets. You start taking things out of it, you’re the bad guy. Government becomes Santa Claus.

So because people have this intrinsic faith — I think it’s part of being an American, that you trust the government, you trust law enforcement, you trust the foreign policy apparatus. You trust that the State Department and the spy agencies are patriots. You trust that everybody there is looking out for America first and believes in America first. When you start to realize that that’s not even close to being true, it’s earth-shattering to a lot of people. And so earth-shattering they just don’t want to believe it.

So what we have here, this entire investigation of Donald Trump… I’m stopped. I’m caught. I don’t know how to categorize or describe this, what this is, other than to lay it out, which I’ve done so many times I’m worried you’re gonna get bored hearing it. But I keep doing it cause I know new people are listening each and every day. We have a phony, made up document that’s made to look like it’s a collection of data generated by patriotic spies, people looking out for America. People in the United Kingdom who are our allies, we’re told that these people have collected a bunch of intelligence. And the purpose of it was to make sure the Russians didn’t cheat and involve themselves in our elections, which everybody hopes doesn’t happen; so already the fraudsters are one up just on their motivation, combined with the intrinsic trust people think that what we’re really doing here is trying to freeze Russians out.

But we’re not. Because the Russians weren’t there to be frozen out, because the document is totally made up! It is a work of fiction! Bought and paid for by the Democrat Party and Hillary Clinton. It’s called the Trump dossier or the Steele dossier. And it’s a collection of things that didn’t happen. There’s no evidence for anything in it. Not one thing in it has ever been corroborated.

The ingredients of this dossier have appeared in the media; so now people think that Donald Trump hired prostitutes to urinate on Obama’s bed in Moscow, and they believe any number of other things because people they trust have told them, the FBI, the Department of Justice, and in some cases even the media. But the whole thing is made up!

This document, which is made up of nothing but lies and is not intelligence, it was a document that Hillary Clinton asked be written to use against Trump during the campaign. It’s made up of all kinds of fallacious and phony allegations about Trump designed to make him look like a pervert and a reprobate and an immoral ass. This phony document was used by high-ranking officials at the FBI and the Department of Justice to get a warrant to literally spy on the Trump presidential campaign.

So our government, run by at the time Barack Obama, commissioned spies, allowed spying of the Trump campaign on the basis of a phony document Hillary Clinton asked to be written, and everybody that went to the FISA court to get the warrant to spy knew that it was made up, knew that it was a pack of lies. They succeeded in getting it circulated in the media and published in the media.

Then James Comey, working with Robert Mueller, engineered Mueller being hired and chosen as a special counsel to investigate Trump obstructing justice because he fired Comey. Comey and Mueller are practically blood brothers. We have an investigation into Trump-Russia collusion for which two years of investigation has found nothing.

Folks, none of this, not a single element of this is true. And look what it has spawned and look what it has caused. There is an investigation going on that’s ruining people, that is attempting to overturn the results of an election. And the people that did it, the people that actually did collude with Russians, the people that actually did hire spies and put them in the Trump campaign are getting away with it! They are not being investigated. In fact, the investigation into Trump is designed to cover up the crimes that these people committed, including the people the FBI, including the director and all the names that you know.

And now there’s no end in sight to it. Now we’re indicting and threatening and granting immunity to any number of people and getting them to go before judges and admit to crimes that aren’t crimes. In the midst of all this I got a guy calling here, “I can’t stand the way Trump keeps just — he needs to stop. He just needs to ignore all these people that are criticizing. Just go out there and just tell us all the good things he’s doing. He needs to stop responding to John Brennan.”

John Brennan ran the CIA. John Brennan is at the top of the heap of people who are leading the effort to disqualify the election results of 2016 and overturn them. While all this is going on, this country is in better economic shape than it has been in in 16 years. And here’s some evidence.

Target’s CEO says the consumer environment today is perhaps the strongest in his career. This did not happen under Obama, it didn’t happen under George W. Bush, and it didn’t even happen under Bill Clinton. It’s happening after a year and a half of Donald Trump. And it is the direct result of Trump agenda items and policy implementation.

These are things that Barack Obama told Americans were never coming back, situations and jobs and other circumstances were never coming back, you gotta get used to it, America’s best days are behind us. It’s a new world out there. It’s a global world, and you’re gonna have to realize the job you used to have is gone, and it’s not coming back. You need to go to job training centers and learn how to do something else.

Barack Obama said, “What’s Trump gonna do, wave a magic wand? How you gonna get these jobs back?” We had a president for eight years who didn’t think it could be done, didn’t want it to be done. When Trump said, “I’m gonna get the economy growing at 3%” people made fun of it and laughed at it and accused him of misleading the American people, because it isn’t true, it isn’t possible. Here we’re now at 4.1% economic the growth.

“Target CEO, Consumer Environment, Strongest in His Career.” Walmart, vice president of investor relations, “Job growth is great. Wages are up. Credit is expanding … So the consumer is in great shape. In the surveys that we look at, they tell us that they are feeling good about their financial condition.”

Home Depot CFO, chief financial officer, quote, “As we look to the back half of the year, we continue to expect strong economic growth, with the backdrop of a healthy home improvement environment.” Healthy home improvement. People have the money to improve their homes. People have the money to buy new homes. “Homeowners continue to enjoy home price appreciation, and rising wages and low unemployment have driven consumer confidence to record high levels.”
That’s the Home Depot CFO.

The CEO of Macy’s, Jeffrey Gennette: “Based on the first-half performance, our strong execution and the anticipation of continued healthy consumer spending, we’re raising both sales and earnings guidance for the year.”

The CFO of Lowe’s, Marshall A. Croom: “We expect to see solid sector growth driven by gains in employment which should boost disposable income and consumer spending.”

Five different CEOs or CFOs with unbridled optimism. It is in line with a record-high stock market that soon could mark the strongest bull run ever. This is not coincidental. It’s not by accident. It is the result of policies implemented by Donald Trump and Republicans who agree with him who simply refuse to believe that America is a has-been nation.

Trump loves America, wants it to be great again, wants it to be demonstrably great, is reasserting America’s prominence in trade, in the military. It is working. The tariffs he has imposed on nations is bringing them back to the bargaining table and granting more favorable trade status and deals to the United States.

“US Jobless Claims Fall as Labor Market Holds Firm Despite Trade Tensions,” CNBC, meaning the tariffs and all the things that Trump is supposedly doing to cause trouble is not hurting the labor market. Third straight week of declines for unemployment claims which have dropped so low now that economists have scrambled for explanations.

RUSH: So I just decided, I went to the Drudge Report. I haven’t looked at the Drudge Report in a couple of hours today. And I found three headlines. These are the kind of headlines, you read these, what the hell are we doing here anyway, then? Here’s headline number one: “52% of Kids Live in Households Getting Government Assistance.” Okay. Not good. “Seventy percent –” this is in a poll “– support Medicare for all.“

People, they’re just spending more money, they see it there, but do you think they associate it with a tax cut? But Obamacare? What is this? Obamacare more popular than GOP tax law? I should have clicked on that ’cause I don’t know if it’s 20% like Obamacare and 18 like tax — I didn’t get the numbers.