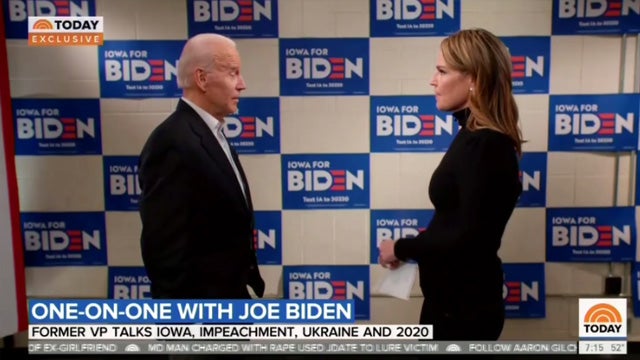 RUSH: Grab audio sound bite number 7. This is funny. This is Savannah Guthrie this morning on the Today Show, and she is chatting with Bite Me, Plugs, and she brings up… This is fascinating to me the way this happens. Up until today in the Drive-By Media, if you brought up — Burisma — if you brought up Hunter Biden, if you brought up Ukraine, it was a laser attack on Trump, and they would make no bones about it.

They would go after Trump. “It’s unreal. Trump’s sick. Trump’s putrid. Go after Biden? Biden? Nothing happened! No proof! What?” Now that we’re on the verge of acquittal, and now you’ve got all these Drive-Bys like Andrea Mitchell worrying that a bunch of Democrats are gonna vote to acquit now. So the acquittal’s gonna be bipartisan.

Others… Chris Matthews on MSNBC says, “Oh, this is bad. This is bad. There’s not a single Democrat running for president who can beat Trump.” Which, by the way, they’ve known this since this current crop of 23 Democrats announced. But they went all-in on Trump-Russia, and then Kavanaugh, and then Avenatti, and then Stormy Daniels, and now Ukraine, holding out hope that they were gonna be able to get Trump thrown off the ballot.

But now that the acquittal is on the verge of happening, now everything’s changed. Now she’s asking Plugs about his son Hunter and Burisma. The question is on the bite. Here we go…

GUTHRIE: Do you agree that it sets a bad image?

BIDEN: Yeah, and my son said that!

GUTHRIE: Do you think it was wrong for him to take that position —

GUTHRIE: — knowing that it was really because that company wanted access to you?

BIDEN: That’s not true. You’re saying things you do not know what you’re talking about. No one said that. Who said that?

BIDEN: Who said that?

GUTHRIE: Don’t you think that it’s just one of those things where people think, “Well, that seems kind of sleazy. Why would he have that job if not for who his father was?”

GUTHRIE: I guess the question I’m kind of asking is —

GUTHRIE: — was it right?

BIDEN: Yeah. Well, he said he regretted having done it. He can speak for himself. He’s a grown man. 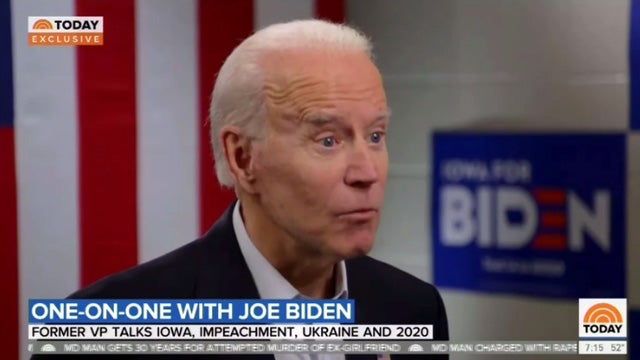 He didn’t need the dirt. They’ve known it! Trump didn’t need to do an investigation. These people have known all along how sleazy it looks. Now they come along and ask Plugs about it. “Being on the board of Burisma, don’t you agree that that sets a bad…?” “Yeah. Yeah.” “You think it was wrong for him to take that board position, knowing that it was really because that company wanted access to you?”

“You know, Rush, you allow yourself to get too worked up about this. You know how it’s gonna end. You just need to relax and let it play out. I’m sorry. I can’t. It ticks me off that this whole thing is treated as a game by these people, and the game they’re playing is ruin somebody who was elected president and ruin his family and ruin anybody that supports him, and it’s just a game?

Sadly, that’s how too many people, particularly in that town, look at it. Yeah, it’s just a game. But don’t you find it fascinating that now, when they failed in their game, when they failed in their made-up allegation…? Now, all of a sudden, why go after Plugs’ kid? Why do this? On the day of the Hawkeye Cauci, why do it? Well, there’s only one conclusion we can draw.

They want to take Plugs out. Is that not what’s going on here? At least NBC does. So why would NBC want to take Plugs out while others in the party are worried. It’s not Plugs that’s the problem, it’s Crazy Bernie. We gotta take this guy out or he’s gonna destroy the party. This party is an absolute mess. And this impeachment focus has covered that up pretty well.

This party doesn’t even have the ability to admit publicly what it is, what it stands for. By the way, here’s another Plugs bite. No. Now, don’t understand misunderstand. Folks, I’m not saying that there isn’t danger that they present or pose is reduced. Not at all. I’m not saying that at all. Do not misunderstand me. They still pose a great threat and risk because of what they believe.

These people, remember: Losing elections doesn’t stop ’em. That’s no longer part of the recipe for a representative republic for these people. When they lose elections, it’s a scandal, something’s gone wrong, and they’ve got to fix it. Anyway, Biden forgot what he was gonna say, and he admitted it in this bite. This was Saturday in Cedar Rapids. I have a different theory about this.

But he saw Representative Stephen Lynch, who is from Massachusetts, Democrat. He saw this guy in the audience. Plugs was doing a town hall, and there’s the usual 20 people there. I mean, nobody. They probably had to pay those people to show up or give them something. I mean, it’s a tiny bunch of people. It’s so small, you don’t even need a microphone for it.

Oh, speaking of which, did you see NBC has this story: Massive Sanders rally! Massive rally for Bernie Sanders Saturday in Iowa! And then you read the story. Free booze was provided, free rock music, and you know what the “massive” crowd was? Three thousand people. The headline is “massive” Bernie rally in Iowa. Massive? Three thousand? 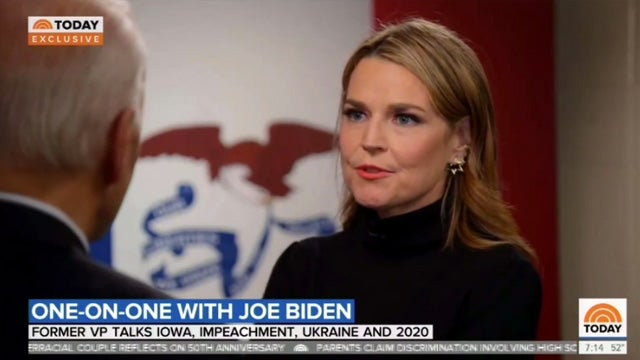 If 3,000 people showed up at a Trump rally, they’d cancel it. Massive crowd, three thou. Here’s Biden. He’s got 25 people at some town hall somewhere. It’s so small, you don’t even need the microphone, and he did forget his place, supposedly. Here is how it sounded…

RUSH: He didn’t know what he was gonna say to forget it, is the truth here. He’s wandering aimlessly. I’ve been there, folks. It’s not as often as it happens to Plugs, folks, but all of us who speak publicly, sometimes the brain just goes blank. Split second, half hour, rest of your life, whatever. Plugs had no idea what he was gonna say, and he sees this guy, and the guy is a rescue opportunity. “Oh, my God. Oh, my God. How ya doing? Great to see you!”

And he was hoping that he would inspire himself with something to say while looking and talking about the guy. What this means is, he had no idea what he was gonna say before he recognized the guy. I’m not trying to be mean. I’m sharing my experience. I’ve been there. It’s so obvious, especially with Plugs.

“Jill” meaning the wife. Here, by the way, Major Garrett, sound bite number 9 this morning, CBS This Morning talking to the cohost Tony Dokoupil, I guess it is, chief Washington correspondent Major Garrett chatting about Plugs.

GARRETT: First or fourth, you don’t hear Sanders people saying that. You hear them saying first or second. First or fourth is a huge gap for Biden. If he’s fourth, he’s the big loser in Iowa.

RUSH: Ah, they’re panicked over Biden, yet in some places they’re trying to take Biden out. Now they’re panicked he may end up in fourth place. If any of you out there have any idea beyond my own stated brilliant theorems, I’d love to hear ’em.