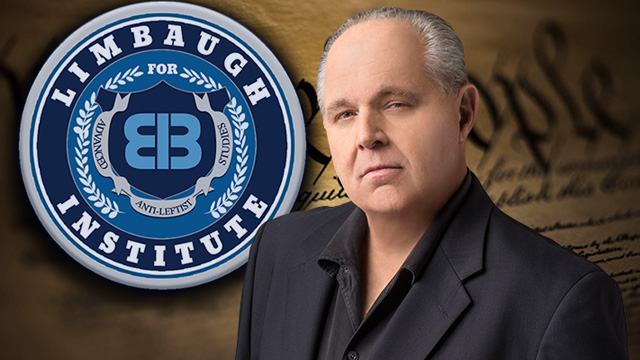 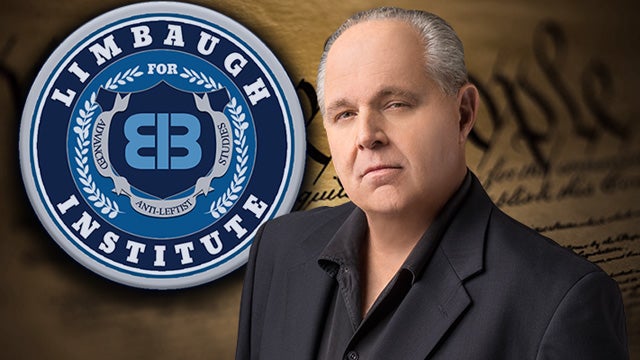 RUSH: Minnetonka, Minnesota. This is Ella, and it’s great to have you here with us. Hi.

CALLER: Thank you so much for taking my call. I was a twelfth grade American history teacher for 25 years and I finally had to leave because the revisionist history was becoming more than I could handle. I started writing my own classes, courses, because I couldn’t handle how they had revised American history. But the reason I called was the topic of immigration. Immigration, if it’s in the book, probably gets about one paragraph.

What most people don’t understand is when these millions of people came over through Ellis Island, we didn’t just open our arms and say, “Come on in,” the way the Democrats want to do now. These people were given a thorough examination by the ship, especially looking at their eyes. They take a device and flick up the upper eyelid, and if you had a disease called trachoma, you were automatically let go. They made you walk up and down steps to make sure you were strong and were not winded.

RUSH: You realize that what you’re describing is factually correct, but there are people listening to you today who think, “My God, America was cruel back then!”

RUSH: You realize that’s what people are thinking listening to you tell this story?

CALLER: I’m sure they probably are because they’ve never heard it. We were compassionate to those who could work. There was a saying that said, “I heard in America they had streets, then I heard the streets were paved with gold, and then I found out I was gonna be the one paving the streets.” But we did not want people who would be on welfare. We did not want those people. We wanted only strong, healthy people. That’s been totally left out of history books, and I can’t tell you how much it frustrates me to listen to these Democrats talk about how wonderful we were when we welcomed everybody. Not true. I have a 9-year-old grandson, and I just shudder to think about the kind of history he’s gonna be learning. I’m giving him, for Christmas, one of your books.

CALLER: Because I think, “Where’s he gonna get it?” He’s not gonna learn it from his own history books. They’re all revised. They give a paragraph maybe to Benjamin Franklin and —

RUSH: Well, try a paragraph to Abraham Lincoln! John Silber at Boston University way back in the nineties did a survey of the most popular high school history textbook and found one paragraph in reference to Abraham Lincoln. One paragraph! There were pages devoted to Bill Clinton, for example, in an American history book. The name that you want to know is Howard Zinn.

Howard Zinn, as a textbook writer, is a quasi-socialist-Marxist, and he somehow has finagled. The vast majority of textbooks purchased for use in American public schools have been written by this guy. But you know, you reminded me of something. Your story about Ellis Island… I need to tell this story again, because immigration has been a subject for as long as I’ve been hosting the program, so over 30 years. One way… Thank you very much, Ella, for the call.

I really… I’m glad that you got through to remind us about Ellis Island. Not only, by the way, were they checking people’s health. They were determining whether or not people actually wanted to be Americans. It was a restrictive process. Now, we were a much newer and younger country then, and we had an entirely different attitude about immigration and growth, and it was required that immigrants assimilate, and it was required that they be healthy.

You had to learn about American history. You had to promise that you were going to do your best to learn the English language. It was restrictive because it was predicated and based on the fact that we were in charge of who was going to live here. The world was not entitled. It was an entirely different attitude back then, but even then, I… Folks, I remember conversations with my grandfather who lived to be 104. He was born in the 1890s.

His life spanned pre-electricity to going to the Moon. In his life, he saw all of that. He grew up on a farm. He had to go plow fields before school every day, come home after school and work the farm and so forth. And like all the stories, everything they didn’t sell is what they got to eat. He was one of the first in his family — I think the first — to go to college. He became a lawyer. But he came from the horse-and-buggy days and no electricity to manned space flight, landing on the moon. He saw it all. I remember I was home in Missouri.

It was two years after the program, I guess, so 1990, and he’s around 90, close to a hundred years old. He’s asked me, “So what are the big things…?” He was hard-of-hearing by this time so couldn’t hear the radio easily. He said, “What are the big things being discussed on your program?” I said, “Immigration. ” We called him Pop. “Pop, you would not believe it. I mean, I’m dealing with people who are just so anti-immigration, you wouldn’t believe it.”

Folks, this was all… Back in 1990, it wasn’t just strictly southern border immigration. And he said, “You know, I remember those debates all the way back in the early 1900s, back in the days of Ellis Island.” He said, “Immigration has been has been a polarizing subject in this country for as long as we have been doing it,” and he started telling me stories of the efforts to impugn new arrivals from Western and Eastern Europe.

He would tell me that there were so many people who didn’t want any of those people from Eastern Europe, Western Europe. They were people that… His point was the arguments haven’t changed. The issue has been something that is constant. But the one thing that has changed… Even back in 1990, when we were talking about it, he was talking about legal immigration. He was saying that back in the early 1900s, the late 1800s, the controversy then was about legal immigration.

So while the issue has always been around and it’s always been a controversial thing — immigration and how we manage it — the idea that illegal aliens should be automatically granted citizenship or amnesty upon their arrival is what’s new to this debate, and that is what the Democrats and the American left today are advocating, and they’re doing so on the premise that America is responsible for the economic plight of these people. 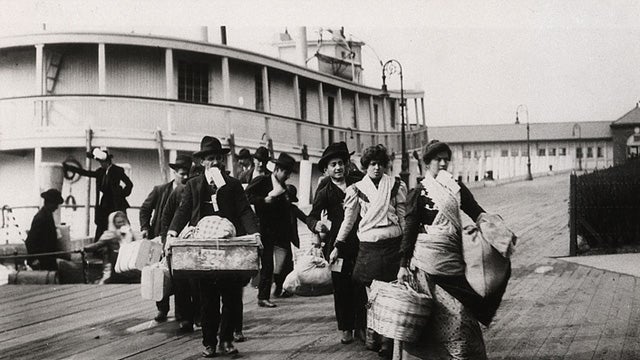 That we as a superpower have taken an unfair portion of the world’s resources. We’ve gone around the world and taken what we want, and we have not compensated people properly. We’ve tried to impose our way of life. In liberalism, economics is a zero-sum game. If the American people are wealthy, then somebody has to be poor out there. So therefore the American people are guilty of something! “There’s an unequal distribution of wealth,” the left says, “in all of these countries in Central America, South America.

“They’re so poor compared to us, and it’s not a coincidence. It’s gotta be our fault somehow. So it’s only fair that these people who are fleeing rotten economies and war-torn strife, that the United States allow them in as a means of apology,” and it becomes a definition of compassion, and the real purpose behind it is to transform America into the kind of nation it was never intended or founded to be.

And that’s the difference in legal and illegal immigration. The subject has been around. It’s been controversial for as long as it has been happening. But the idea that illegal immigrants have a legal claim on whatever they want in this country? That is what’s new, and the education to make so many young people think that that’s a just thing is also relatively new.