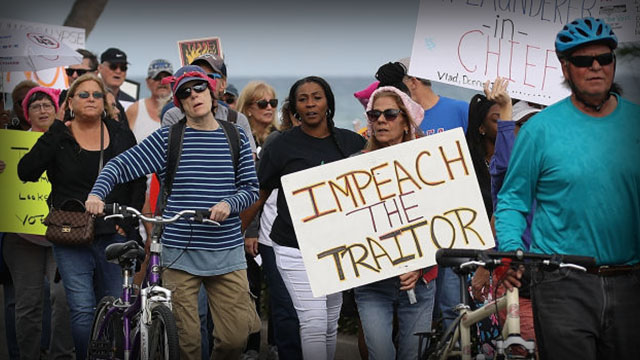 RUSH: Tom in Surprise, Arizona. Some of the best names of cities and towns in this country are in Arizona. Tom, great to have you. How you doing, sir?

CALLER: Very fine, Rush. Nice to talk to you from the spring training home of the Kansas City Royals. 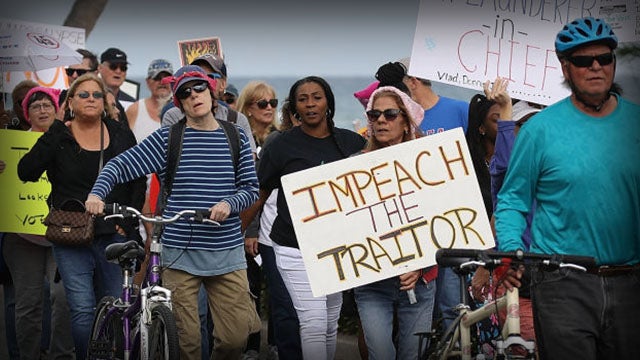 CALLER: Yep. So anyhow, I just wanted to talk to you about a different kind of storm that I think is gonna happen. The situation in Washington with the Mueller investigation and Jeff Sessions — who doesn’t seem to be doing anything. I think the reason that there’s a big stall for time is that they know that the FBI and the DOJ are gonna be caught in this whole situation against Trump. But what they’re more worried about are all the cases that are pending and all the cases that are going to want to be retried, claiming bias and prejudice by individuals and companies — you know, universities, whatever — that have been sued by the government in the last number of years.

RUSH: We had a caller yesterday that made a similar point. It’s not quite the point you’re making, but it is a good one, because the political bias here is obvious in the way they stack the deck against the Trump campaign, the Trump transition, the Trump presidency. It’s clear that they have been doing everything they can — including spying and lying to FISA court judges and using lying information such as the Steele dossier to present it as legitimate intel — in order to overturn an election! If they’re willing to do that, then what have they done in other run-of-the-mill cases where they may have been biased and so forth. That’s your point, right?

CALLER: And also what they did to protect Hillary.

RUSH: Oh. Well, yeah. That’s the first reason it was done. Absolutely, it was to exonerate her.

CALLER: But just to end my comments here: The richest man in the United States is gonna be a congressman who is leaving Congress and going back down to South Carolina to open up his law practice. Trey Gowdy is the attorney that all these people that want to re-sue or sue are gonna go to because he knows how to get through the red tape and where the bodies are buried.

RUSH: Well, now, that’s an interesting prognostication that Trey Gowdy is going to hang a shingle and open up a law firm for anybody who’s been wronged by the federal government ’cause he’s the guy that can get to the bottom of it. That’s what you think?

RUSH: All right. Well, look. I appreciate the call, Tom. Thanks. You know, I think there’s a reason people are thinking this way, and I’ll try to share with you why. I mentioned this yesterday, in fact, and I can’t confirm this. Even by telling you I’m not telling you I believe it myself. But when things go on for as long as this has with no reasonable explanation for it, then people start trying to fill the void — when usually the simplest explanation for what’s happening is usually the right one. You know, Occam’s Razor. What is the objective of this? It has two equally important objectives.

The first objective of the investigation of Trump and the special counsel and all this is to cover up the real crimes committed by Hillary Clinton and her campaign in colluding with Russia and colluding to destroy and cheat Bernie Sanders during the Democrat primary, or primaries, in 2016. It is also to exonerate. Make sure that Hillary Clinton is not charged and convicted for breaking numerous laws with her illegal home email server on which she was trafficking in classified data, along with other government officials.

Those are real crimes for which other people are doing serious jail sentences right now. So she had to be exonerated. She’s the Democrat nominee. They had to make sure she was not going to be charged. James Comey made sure that happened by announcing in his July 5th conference, 2016. After they exonerate her, they’ve gotta make it look like they’re exonerating her for real, that there isn’t any crime she committed and she didn’t have any intent — and then the other aspects of what she was doing with the Russians and the dossier.

So this investigation of Trump is to protect Hillary, to cover up all of that, to make sure it isn’t investigated officially. The second equally important objective is to get rid of Trump! One on a given day may be more important than the other, but they’re both equally as important to the conspirators conducting the investigation. Overturn the 2016 election, silent coup, get rid of Donald Trump, however. So now they have an open-ended investigation but there not a single crime that has been mentioned or alleged.

Yet there’s an investigation of it. What are they investigating? There is not a crime. The special counsel was not given a crime that Trump committed. So it’s not even a criminal investigation. It’s a counterintelligence investigation, and the evidence collected in those is never used in court! By definition, it can’t be because it isn’t really evidence. It’s data that has been analyzed — by “intelligence professionals,” don’t you know? Intelligence experts. Then the other thing that people are wondering is, “Why won’t Trump just end this by declassifying all the documents that the House Intelligence Committee wants that would answer many of the questions?”

And one of the most… Ah, “one of the most.” One of the most recent theories I’ve heard is that the reason Trump isn’t doing it is because it is devastating, the stuff that’s happened here, if it were to be officially released and consumed by the people would be devastating to all these people involved. Comey, McCabe, Strzok Smirk, Page, Bruce Ohr, Nellie Ohr, Glenn Simpson, Fusion GPS, Hillary, Obama, all of them. And Trump knows it. Trump, the theory goes, is holding the release of this data over all of these other people’s heads and saying:

“If you take this too far, I’m dumping this stuff and you’re finished.” This is the theory that’s being used to say that when this all ends, it’s gonna end with a whimper, that there will not be an indictment. There won’t any people closing windows, dotting I’s, crossing T’s and so forth. I just think theories like this crop up when people don’t have what they think are rational explanations. If you want to make this as easy as you can, understand one thing:

The desire, the intent to get rid of Donald Trump is stronger than when they began this.

It has not weakened.

The objective of all of these people remains getting rid of Donald Trump. However they can do it approximately and nothing on that has changed. That’s why I don’t see Mueller ending this any time soon. I know Joe diGenova is saying quite the opposite. I just don’t see it ending any time soon it happen just like it makes perfect sense that people that despise Trump in the Washington establishment would devote every waking minute to getting rid of this guy that’s so upended their lives, their futures.

They haven’t given up on that at all, as is exemplified every day.

You just watch the media and you can see that that’s the case.