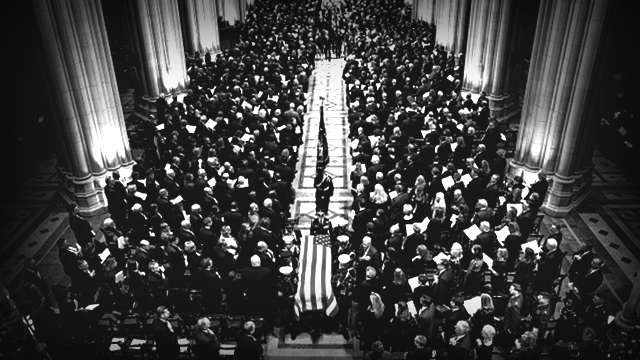 CALLER: Hey, Rush. We’re happy that you are on loan from God. That’s a wonderful thing.

CALLER: Anyway, you know, the funeral with Bush, you know, and you take Wellstone and you take John McCain, there’s no contrast. I mean, the contrast is just night and day. I mean, one, you have the love for the country, the love for its people, the love for — to see people get better, you know, the city on the hill. And then on the other side, you know, Paul Wellstone, you see that they have no integrity, they have no couth, no nothing, they turn it into a fundraiser. And, Rush, I promise you, I guarantee you that either when Clinton passes or Jimmy Carter, it’s gonna be a fundraiser. And to answer your question, you know, two weeks before the election, if he passed away then, oh, my goodness. The press would trying to make him look bad so that the Republicans wouldn’t win.

RUSH: Wait. Who would the press be trying to make look bad?

RUSH: Oh, you’re saying if he died before the midterms.

But, you know, it’s an interesting. You mention the contrast with the Wellstone memorial and even the McCain funeral. And that’s very shrewd of you. I want to comment on both of them. You mentioned also that when the Clintons pass away, that their funerals will likely be fundraisers. Before you laugh at that, don’t just reject that out of hand, folks. These are the people that sold the Lincoln Bedroom right down the hall from them for a campaign donation. But let’s do the contrast, first with the Wellstone memorial. And obviously there is no comparison. 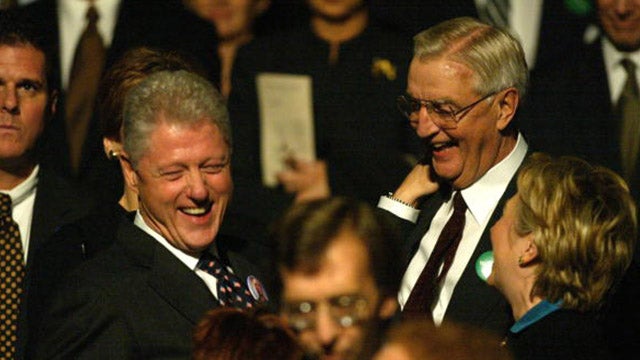 What is the thing, the one thing that was on full display at the Wellstone memorial that you did not see any of at any of these Bush ceremonies or the funeral? (interruption) Yeah. Yeah, raw politics is one thing. But anger. The Wellstone memorial was what it was because of uncontrollable rage on the part of people. They turned whatever Paul Wellstone’s life was for the two hours or three hours of that memorial, they turned that life and the only meaning, the only reason for Paul Wellstone was to beat Republicans.

And so they took his life and they took his memory, and they converted it into a weapon! They weaponized the death of Paul Wellstone. And they did it with full on out of control rage and anger that they tried to disguise as love. Whatever you saw yesterday at the Washington National Cathedral, you didn’t see any anger.

Now, the media wants to tell you — you know the stories in the media today, all over the media that nobody wanted Trump there and that nobody wanted to say hi to Trump and that everybody regretted Trump was there and that Trump ruined the day by showing up. Washington Post, New York Times. If Trump ruined the day, you won’t find any evidence of it on the basis of what you have seen or were able to see. There was no anger. There was no guilt. There wasn’t even any PR. 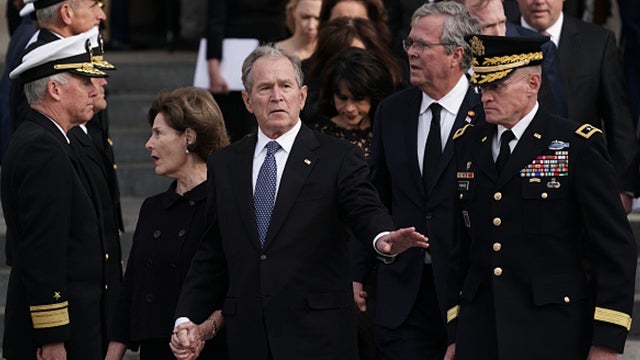 How many references did James Baker make to going to heaven in the stories that he told? He told a story about being in the hospital room on the death of George H. W. Bush. The president’s eyes were closed and a nurse or an aide, somebody said, “Mr. President, Secretary Baker is here.”

And Bush opened his eyes and said, “Where we going today, Bake?”

And George Bush said, “Good. That’s where I want to go. I want to go to heaven.” And he closed his eyes. James Baker at his eulogy yesterday referenced similar things and today. He talked about the president being enveloped and being warmly hugged by the grace of God, the embrace of God in heaven. This all about the salvation of the soul, praying for the eternal life of George H. W. Bush and acknowledging him as a human being in his life.

There was not one aspect of it that was marketing. There wasn’t one aspect of it that was PR buzz. Some cynics might think, “Don’t kid yourself, Rush. The whole thing was. We’re not gonna be able to get rid of Bushes for 30 years now.” That’s not why they did it, folks. They don’t have to be. But more importantly, that’s not what was the reason for any of this. I don’t think you’re gonna hear that People magazine had exclusive photo rights or such things, as an example.