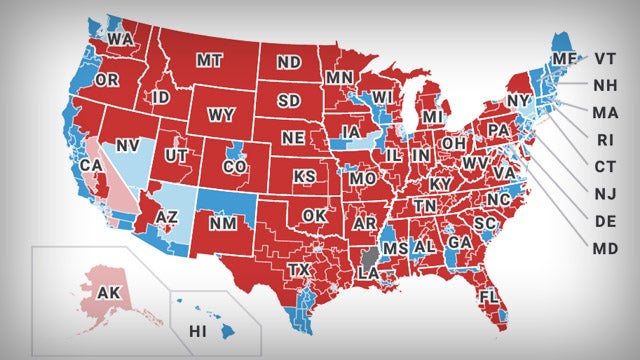 RUSH: Let’s get started on the phones. This is Kirsten. Kirsten’s in Long Island. It’s great to have you. Hi.

RUSH: Kristen. Sorry. It says Kirsten up there. I’m sorry.

CALLER: It’s okay. God bless you, Rush. We love you. We are praying for you. I lit a candle for you at Mass today. So we’re with you.

RUSH: I appreciate that. I really do. Thank you very much.

CALLER: Yeah. So I don’t know if it’s a question or comment, but I felt like Bret Baier when you heard you in the beginning, and I’m just feeling like we’re — you were saying how, you know, it’s great we won seats in the Senate and the House, and I just felt like, so what? Because if we don’t win the presidency, if they’re able to steal it, they’re gonna eventually be able to steal the election in the Senate and the Congress and I feel like it’s because of Trump that they got those votes. I don’t think the people are behind the Republicans, I think the people are behind Trump.

RUSH: Exactly. Yeah. I spent a lot of time making that point yesterday.

RUSH: No. You misunderstood the context. I’m glad you brought — I’m trying to ask a question. They’re all saying Trump lost. I’m reacting to the left. They’re waiting for Fox to call this. Do not doubt me. They think it’s over. I’m reacting, I’m simply saying, it’s a hypothetical, how the hell can the president lose an election where all this other stuff happens for the Republicans? They gain seats in the House to go 50-50. They hold the Senate. How does it work?

I’m essentially saying I don’t believe that Trump lost. But that’s what they’re asking us to accept. What they want us to believe is exact opposite of what you said. They want us to believe this country voted for Republicans but against Trump. It’s the exact opposite. And I’m simply asking how in the world can they say that the people of this country voted to send Republicans to the House in equal numbers with Democrats and to hold the Senate and reject Donald Trump?

Now, if you heard me say that and that makes you think I think it’s over, that’s a mistake. Bad word choice on my part. I’m simply saying these two things don’t go together. Now they’re trying to tell us and they’re trying to set the stage for as many people believing as possible that the people of this country chose Republicans but rejected Trump. As you just pointed, you can’t divvy it up that way. The people of this country voted Trump. And that’s why they’re gonna gain seats in the House, the Republicans are, 50-50 in the House, and maintain the one with to two, maybe three seat majority in the Senate, because of support for Trump. 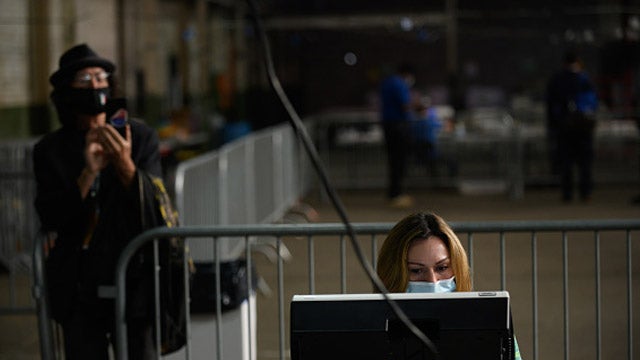 I’m trying to warn everybody, they’re trying to set it up so that it’s the Republicans that did okay but that Trump was rejected. Folks, they’re poisoned and deranged with Trump hatred. They need Trump repudiated even if they have to lie to themselves about it, and that’s what they’re trying to set up here. So I’m simply asking a question that to me defies logic. The answer defies logic. How can the Republicans do this well everywhere else and yet Trump is on the losing end in these states? It doesn’t make any sense, is what I was trying to say. Anyway, I’m glad you called, gave me the chance here to straighten it out, Kristen. We will be back.

RUSH: Okay, folks, we got other anomalies out here. Record low enthusiasm for Biden in many major cities. He lost support, lost votes in New York City, Chicago, and Miami, 200,000 votes in New York City, 260,000 votes in Chicago, 70,000 in the video in Miami, but Atlanta, Detroit, Milwaukee, Pittsburgh he gets enough uptick there in those four to win? In their projections. I’m not saying — you gotta be cool here, folks.