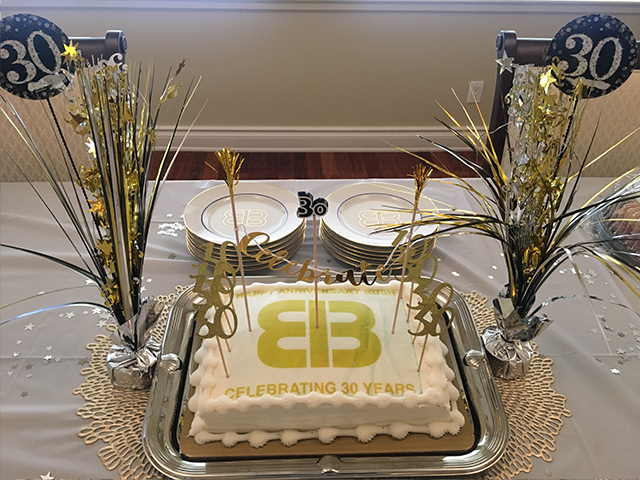 RUSH: Greetings, my friends, and welcome to the one and only EIB Network and the Rush Limbaugh program on the 1st of August, 2018. This is our 30th anniversary of this program, and I have to tell you, I have been so conflicted all day about how to deal with this. My heart rate monitor on my watch says my heart rate’s been elevated about 10 to 15 beats above normal because of all the excitement and everything about this day. The reason is I’m waiting for the door to open, because nobody’s on the other side of the glass, which means… (interruption) Here it comes. They’re gonna be coming in with the celebratory cake and the bottle of champagne. 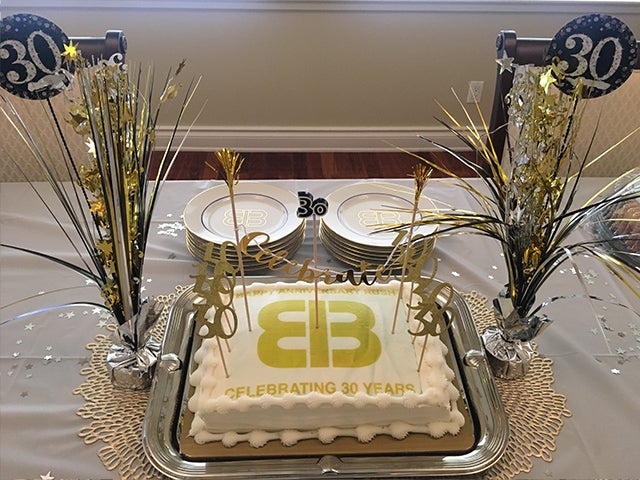 RUSH: It’s a whole bunch of people that have shown up here today.

RUSH: It’s a shame we can’t get everybody from the highly overrated staff here. You want to pop it? Go ahead; pop it. We’re gonna pop the champagne. Make it — 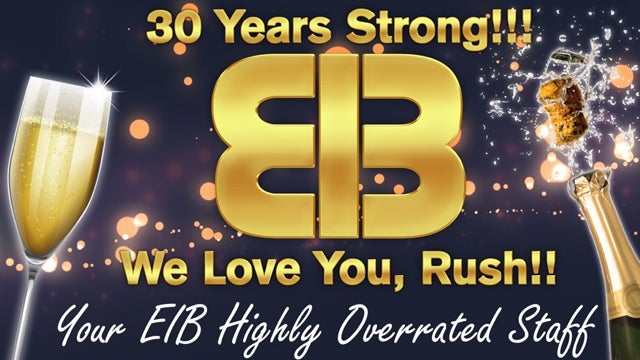 RUSH: There we go! (laughing) Oh, you’re actually going to pour a glass?

RUSH: See, this is what I’ve been conflicted about, whether or not to do…

RUSH: You see, it’s totally out of my control here.

RUSH: Anyway, thank you all very much. I appreciate it. I’ll tell you what we’re gonna do here today. We haven’t prepared a whole lot of audio clips from years gone by because we’ve done that on anniversary programs previously. We’ve got some, and we even have some audio of my days as a disc jockey back in Pittsburgh that I don’t think we’ve aired before. Cookie thinks we have an exclusive. It’s a little montage of me doing a morning show, I think, back in 1971.

There is a program to do here today with news of the day, and I always like to keep looking forward too. But people tell me, “You know, 30 years doing anything at a high degree of quality is worth commemorating — and if you don’t do it, nobody else will. You have to do it. You have to do it for yourself and you have to do it for the staff. There have been people that have been working here with you for all of these years who have helped you make it possible,” and all of that is profoundly true.

I am gonna reflect on some aspects of this as the program goes on. But rather than do wall-to-wall one thing, I’m just gonna try to mix-and-match various elements of the program as we combine things that we do here because that’s what the program is. It’s improv, and it combines a whole bunch of different elements — seriousness, irreverent humor, political commentary — all with credibility on whatever we tackle and so forth. Of course, then there is you.

I mean, without you being out there, none of us are in here. So it’s ultimately all about you, and I remain blown away every day when we go to the phones and I get calls from people who tell me how long they’ve been listening. Since 1988, since 1990, since 1992, 1993. It’s a stunning and amazing thing, and it is deeply, deeply gratifying. And I am gonna try, during the course of the program, to express all the various things that I’m feeling and the expressions of gratitude.

RUSH: So I’ve had a lot of emails from a lot of people in the past couple of days, and one of them I received last night that started me thinking. Now, I love things that make me think — I’ll be honest with you — and this one did. “Do you know how few people can say that they’ve had the same ethics, the same conscience, the same core beliefs, the same morality, and the same connectivity with themselves in their twenties, through their forties, and into the sixties and beyond, into their best years? Do you realize how few people are as consistent and reliable as you are?”

No, I don’t ever stop to think of anything like that. I don’t think… See, this is why I don’t… I don’t think it’s unusual that things I believed in my heart when I was in my twenties would survive my getting to my sixties. Core beliefs. I can totally believe that I wouldn’t change in those things. But this person said, “You don’t know how rare it is,” and what inspired her to write this, I think she said, was a caller that appeared to the program yesterday saying basically the same thing.

RUSH: Rush Limbaugh, 30th anniversary day. On August 1st, 1988, the program began. When that program began, the Republican convention had just ended or was close to ending. George H. W. Bush was to be nominated to “complete his mission,” meaning take on his World War II mission where he had been shot down. He had been vice president for Reagan for eight years, and then it was his turn, and he ended up facing The Loser. That was the name we gave to Michael Dukakis, the Democrat nominee. 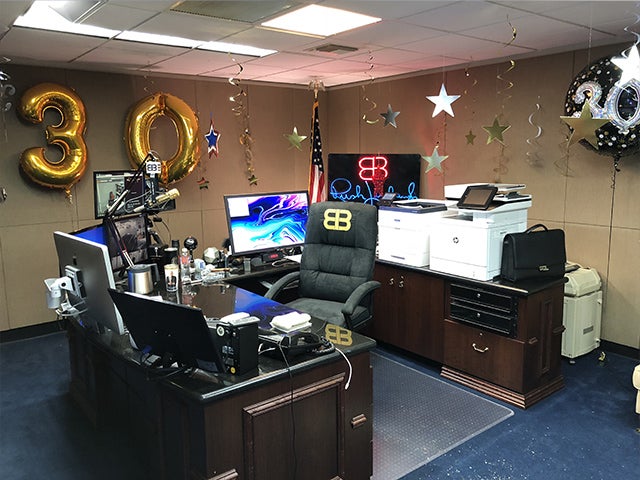 The program launched right in the thick, in the middle of that presidential campaign. I’ve been thinking about… You know, people ask me, “Are you aware of the 30 years?” Yeah, I am. Some of it seems like it happened yesterday. A lot of it does. There’s none of it that seems like it’s 30 years old. I’m not able… Even though I’ve done this… Actually, if you count the 3-1/2 in Sacramento — which were exactly like this show, just a local of station — that’s 33-1/2 years.

Even though I’ve done it, I don’t have a cognizance of the passage of time for 30 years. I know 30 years have gone by, but so much of it seems like it was yesterday. I think there’s a reason for that. I think… You know, everything that I do or everything that happens to me, I always try to learn from it. I’m very analytical and philosophical, and I do get introspective insofar as it can help me improve. I don’t relive the past and sort of just try to surround myself with a glow.

I always try to use what happened in the past to continue to grow, get better, and learn and so forth. So in that sense, I’m introspective. People say, “The show used to be better back in the eighties, used to be better back in the nineties.” I stop and think, “Is that really true?” No two shows are the same. I think it’s never been better, and there are reasons why I think it’s never been better. I don’t think a radio show that I did when I was 40 could compete with a show that I do today. I didn’t know back in 1990 what I know today. I couldn’t possibly have done today’s show back in 1990. I didn’t know enough, hadn’t lived enough.