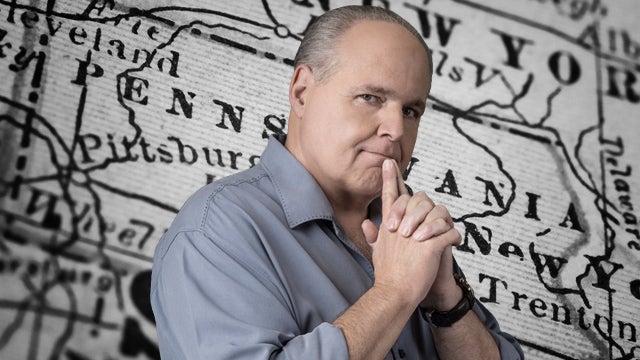 RUSH: So, ladies and gentlemen, why are the Democrats trying to extend the deadline for absentee and mail-in ballots to be considered valid after Election Day? Why is Pelosi running around fiddling with the 25th Amendment? I think that actually is a dry run. That’s a trial run to see how easily they’re gonna be able to get rid of Plugs if Plugs wins the presidency.

Point is, these clowns are engaging in all kinds of behavior that belies the so-called confidence they all have in their double-digit lead and insurmountable lead leading to undeniable victory.

Another story. Pollster who called the Trump win in 2016 — that is, the Trafalgar Group — they’re back with their 2020 call, and they’ve issued a big red flag in Pennsylvania. “The latest state polling by the Trafalgar Group predicts another win for Trump in the upper 270s to low 280s in the Electoral College.” But the CEO, Robert Cahaly, highlights a couple of big cautions for Republicans.

He appeared in a lengthy interview with the editors, podcast, National Review. And Robert Cahaly told Rich Lowry that he predicts Trump’s gonna win battleground states — Georgia, Florida, North Carolina, Texas. “He said things are tighter in Wisconsin and Arizona, though Cahaly says Trump has the lead and will ‘probably win’ in Arizona. In Michigan, where Senatorial candidate John James has a slight lead, Cahaly says that a combination of James’s strength, hatred for Governor Whitmer’s COVID response and her job killing Green New Deal, and the Trump economy will propel the president to a win there.”

The red flag, Mr. Cahaly of Trafalgar says, is Pennsylvania. He predicts a Trump win, but he said the state is ripe for voter fraud. Quote, “I believe Pennsylvania to be the number one state that Trump could win and have stolen from him through voter fraud. Pennsylvania has had a lot of voter fraud over the years and giving people unsolicited absentee ballots is literally like giving voter fraud operations steroids. I think it’s the state he’s most likely to win and not get the votes from.” 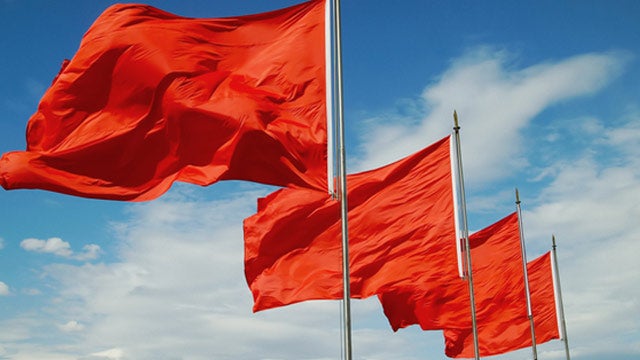 Well, there are plenty of times since he’s issued his warning here. October 17th, 18th. There’s time to take action here. He also “said that the built-in ‘social desirability bias’ – telling pollsters the politically correct answer – is at work as usual but believes it may be responsible for as many as a five to eight points difference in the actual polling numbers. That’s a huge gap that many pollsters, he claims, don’t attempt to mitigate in their sampling. He said his short polls, taken by text, email, phone and by other digital means, take into consideration such questions (that other pollsters have stolen) as ‘who is your neighbor voting for’ and ‘do you own a hunting or fishing license’?” That kind of thing. Those kinds of questions Cahaly asked.

The question, who’s your neighbor voting for? That, as you know, Gallup tried that, and they showed that people think, voters believe by 56% that Trump is gonna win, even though they may not say that to pollsters. 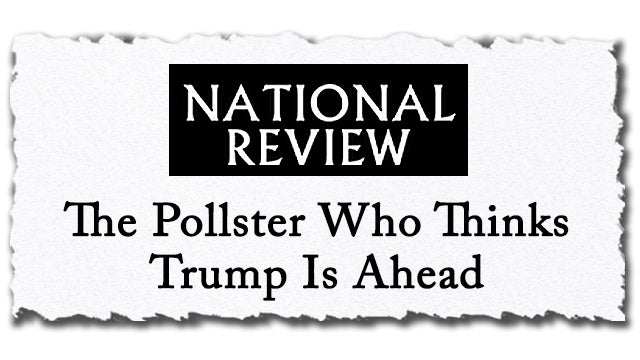 So this gap, the social desirability bias, telling pollsters the politically correct answer instead of what you really are gonna do, may be responsible for as many as a five- to eight-point difference in the actually polling number, meaning it could show Biden five to eight points stronger than he actually is in Pennsylvania.

So Cahaly that says most pollsters will look at that and say that’s too big. I’m not even gonna mess with trying to figure that out, and then they just report it. Voter fraud, Pennsylvania. That’s the red flag warning from Robert Cahaly of the Trafalgar Group.

RUSH: And yet another story from the Biden campaign. The source here — I think this was from Hot Air — it’s a blog post. “Memo from Biden campaign manager: Our polling shows Trump is neck-and-neck with us in the battlegrounds. This race is far closer than some of the punditry we are seeing on Twitter and on TV would suggest.” So put that in your back pocket and sit on it.

RUSH: Sandra in Lubbock, Texas. It’s great to have you. Hi.

CALLER: Hey, Rush! It is not an honor of a lifetime to speak to you. 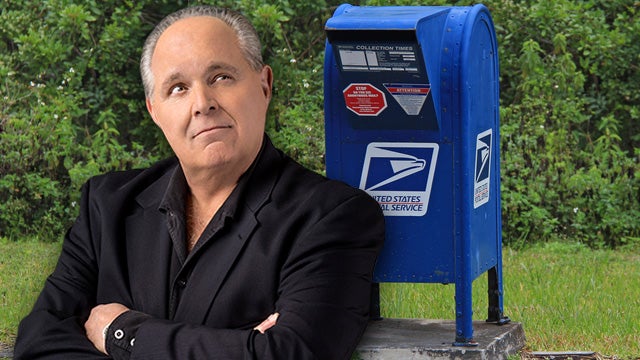 CALLER: I’ve been listening to you for 32 years, and we are praying for you. Quickly to my question. What are the Republicans doing in preparation for the election chaos and antics should Trump be close in this election? I think he’s gonna win, but I’m afraid they’re gonna steal it. They have lawyers lined up, they have Big Tech on their side, they’ve got the media gunning for us.

RUSH: I think they’ve got… I think our side’s got lawyers out the wazoo. You ever heard of Ben Ginsberg?

CALLER: Yes, I have.

RUSH: Well, he’s a bald-headed guy. He’s got the little red rim around the edges. This guy is one of the craftiest, one of the sharpest… This guy was involved in the Florida recount in 2000 with James A. Baker III. He looks like a healthy gust of air could blow him down, but I tell you, we have our own team of lawyers. We have our own team of people that fight election fraud.

And believe you me, the Democrat Party is scared to death of them. The track record that they have is pretty good, starting with Florida 2000, the hanging chad thing. And I think that you should be, oh… Don’t be paranoid about it. It’s always proper to be concerned about this kind of thing, anytime anybody’s gonna actively be cheating. But don’t think that our side is not capable, because it is.