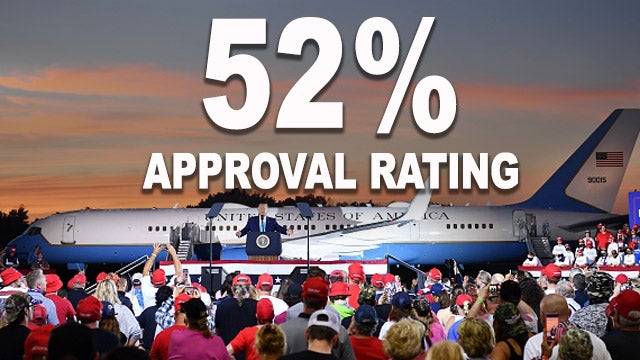 An indication he has recovered from a summer of polling problems as the presidential campaign kicks into high gear. It’s a Rasmussen Reports survey. Forty-eight percent disapprove.

The last time Trump was at 52% was in late February, which was about a month before the virus shutdowns hit.

Rasmussen also says that an equal 42% strongly approve and strongly disapprove of the job Trump is doing. So 42% strongly approve; 8% somewhat. That’s a total of 52%. Now, for the record, in past elections, both former presidents Barack Hussein O and George W. Bush had less than 51% approval on the day they won reelection.

RUSH: We have polling data from Florida. This is from the Trafalgar Group. This is a Republican group, I believe. Likely voters September 1st and 2nd, Trump 49, Biden 46. That is a change. This is one of the places where they said Biden is beginning to pull away.