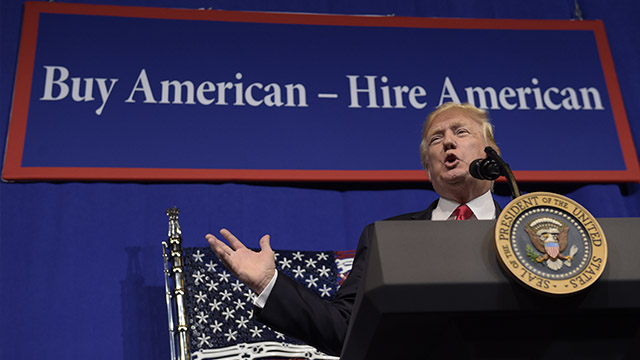 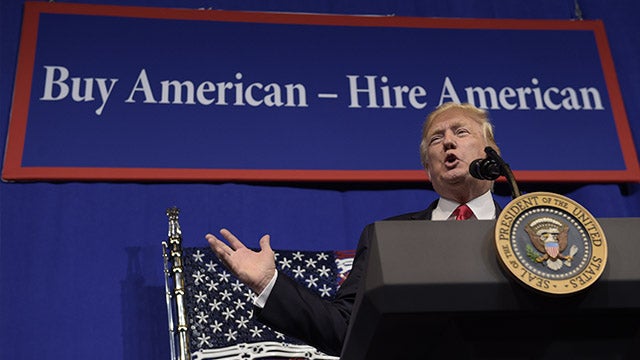 RUSH: So the Drive-By Media is very, very concerned that Trump is not talking up the economy, that instead he’s focusing on immigration. The fact of the matter is President Trump’s talking about everything. He’s focusing on both, if you pay attention to the rallies. So what’s really going on? The Drive-By Media… You have to understand, the Democrat Party is never going to pass out advice genuinely helpful to us.

So if the AP or some of CNN’s stringers — even some of their reporters — are on TV wringing their hands over (impression), “Trump’s not talking about the economy enough — and if the Republicans lose the House, Republicans will be very, very mad at President Trump for not talking about the economy.” They are complaining that President Trump is focusing too much on immigration. Now, why would…?

You realize they’re not trying to help Trump do anything that would help himself. I think what they know is that immigration is the issue that got Trump elected, it is the issue that keeps his coalition together, and he’s not dropping it while also touting his economic success. They’re trying to get him to stop talking about it with all these insults of xenophobia — and the New York Times is weighing in on it.

Jim Acosta, everywhere he goes, it’s about him. Everybody at CNN… CNN is the biggest bunch of narcissists in the Drive-By Media. They are people that epitomize making every story about them. That’s why there is far more disgust, disrespect, and anger at CNN than there is, for example, MSNBC. MSNBC is just as liberal ideologically, just as far left as CNN. But the people working there are basically anonymous outside of MSNBC.

They don’t make themselves the story. One or two of them do. But at CNN, it literally is about their anchors and their reporters, and so they make themselves front and center, and they essentially say, “Yeah, we’re liberals, and, yeah, we hate you — and we hate Trump! And we’re here to do that every day.” That’s why CNN engenders such negativism, above and beyond just the content. But they don’t know what Trump’s talking about at the rallies.

They haven’t the slightest idea that Trump is touting this magnificent economic recovery. He touts it multiple times a rally, and he focuses on immigration.