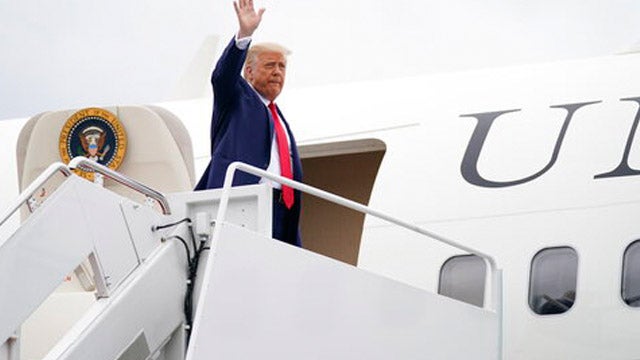 (interruption) You saw it on the…? (interruption) Oh, you saw it on the tarmac. All right. Well, here’s the thing. There’s a story, PJ Media, Rick Moran, “Democrats Warn Trump Not to Visit Kenosha.” Now, why in the world…? The day that a president of the United States cannot visit or is ordered or asked not to visit an American city because the Democrats are telling him not to, well, I’m sorry, but that doesn’t wash.

But we also have the Kenosha mayor quoted as saying, “The National Guard has been extremely helpful.” “On Monday’s broadcast of CNN’s OutFront, Kenosha, WI, Mayor John Antaramian (D) stated that the National Guard ‘has been extremely helpful’ in keeping order in the city. Although, he denied that President Donald Trump’s urging had anything to do with deploying the Guard and that Wisconsin Gov. Tony Evers (D) ‘immediately dealt with’ requests to bring the Guard in.” 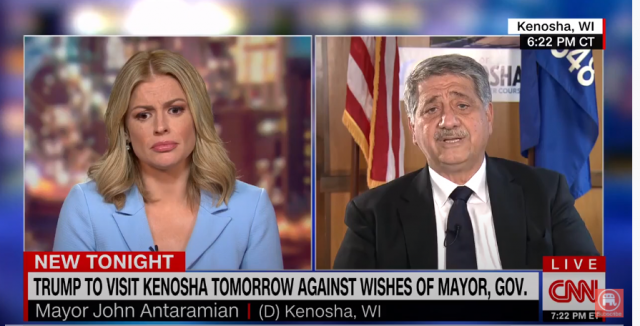 Trump had nothing to do with it!

Don’t think that just ’cause it’s the Guard that Trump had anything to do with it. The Guard has been “extremely helpful.” Yeah, the Guard did shut down the violence, which happens wherever the Guard is deployed. Now the Democrats are warning Trump not to visit Kenosha. All Trump wants to do is stand up for law and order and against anarchy, and when that becomes…

When standing up for law and order becomes incendiary — when standing up for the right thing to do, when going in trying to quell violence is now incendiary — then you know it’s Democrats who are in trouble. Because if this actually was gonna be harmful to Trump, they would want him in there, and they’d be rolling out the red carpet for him to get there as soon as possible.

RUSH: This is Scott in Florida. I’m glad you waited, sir. Hello, sir.

CALLER: Hey, how you doing?

CALLER: (chuckles) Hey, I just wanted to say, I used to live in Kenosha. I lived up there pretty much through the nineties. I moved out here at the end of ’98. Anyway, Kenosha is a solid working-class town. I grew up, you know, in trade work and all that stuff — you know, working with my hands — and the people of that town benefit so greatly by Trump showing up today, let me tell you. There’s nothing more that can solidify his base than going to a small town like that and showing support. 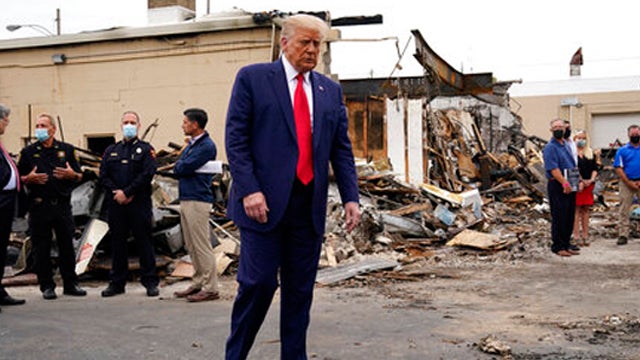 RUSH: I think it’s absolutely right. I think it’s… Scott, I’ll tell you another thing. I think it’s absolutely… When you’ve got the Democrat Party suggesting to a sitting president, “You better not show up! You better not,” then… You know, I wouldn’t go so far as to say, “We’re losing America as we’ve known it.” That’s a bit beyond, and I think what it really means is that they know what you just said is true, that Trump is going to help Kenosha.

Everybody loves it. It’s still a big deal to be able to meet the president or to be within the general area of the president. There’s nothing that replaces it. But the Democrats, I’m gonna tell you: If they really thought that this would be bad for Trump, then they would want him there. They would be urging him to show up! They wouldn’t be trying to talk him out of it. This is not hard to understand. “Mr. President, we really don’t think you, uh, have any business going to Kenosha. 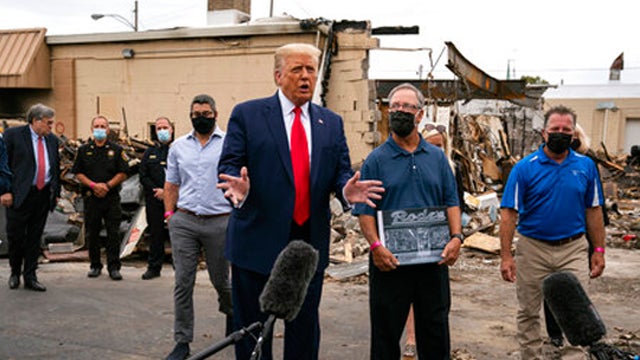 “You’re gonna cause more trouble than it’s worth. Uhh, Kenosha, in the meantime, is a tinderbox, Mr. President. (muttering) Willing to explode! (sputtering) You could be the spark. I wouldn’t show up!” They’re scared to death that he’s gonna show up there and people gonna love him and enjoy it and have a great time, that the violence is going to be quelled by the people who actually live there.

Do you know when I first heard of Kenosha, Wisconsin?

Whenever ESPN Radio started — and that’s gotta be back in the 1970s. ESPN started out on TV, but they also had a radio network, and when it was new, of course, it was new. They had no listeners. But it was sports talk, and they had one caller. They literally had one caller! The guy’s name was Bob from Kenosha, and you could tell the hosts got sick and tired of having to talk to Bob from Kenosha, ’cause he was the only guy that ever called.

It was hilarious. I, at the time, was working for the Kansas City Royals. And I had experience years prior to that in broadcasting, in the media, and I know what it is trying to get callers to a talk show when you don’t have an audience. Do you know what percentage call? This has been statistically documented, and we’ve done it ourselves. Do you know what percentage of any audience call? 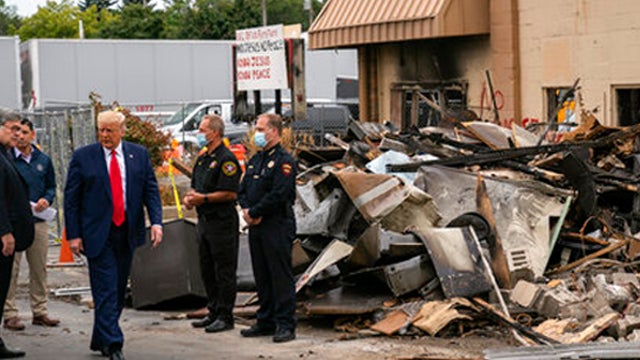 It’s ’cause everybody thinks — the laymen, the people that do not have experience in talk radio think — that it’s all about the callers, that you’ve gotta do whatever you do to get callers, to keep callers happy. There’s such a small element here that it’s actually not the case. If you end up doing what you do to generate calls — like saying stuff you don’t believe or just being outrageous or whatever — it’s not good. It’s counterproductive.

But I just remember hearing this guy Bob from Kenosha. They had no other choice. I mean, this guy sometimes would call four times in an hour. Bob from Kenosha, on whatever topic — and the host would try to change the topic. It was funny as it could be. I felt sorry for ’em too. Not because of Bob from Kenosha. Just sitting there knowing nobody except Bob from Kenosha was listening to ’em.