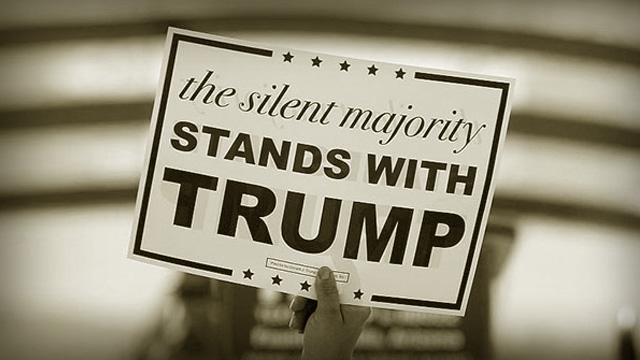 RUSH: This is Vaughn in San Diego. Vaughn, I’m glad you called. Great to have you here.

CALLER: Hi, Rush. Thank you. I’m a Millennial Trump voter who is actually hitting 30 as well. So congratulations. So I have a unique perspective but I never hear it given so I thought I’d call and give strong words of encouragement to carry us into and through the midterms. The first is that we’re a movement of love. I have a new girlfriend who’s not political at all. I was watching a Trump rally. She walked in and sat down and said, “Why is everyone wearing red hats? Is that his color?” She honestly knows nothing. She sat down and watched the rally with me and she was rolling, laughing, cheering, and all-around loving Trump and the crowd. She was amazed at the energy, but most of all of the love that was shown, which I thought was very powerful.

RUSH: Where was this rally, San Diego?

CALLER: No, this rally was maybe two months ago. (unintelligible)

RUSH: Yeah, but where was it?

RUSH: Oh, you weren’t there.

CALLER: No, no. I’ve been to many rallies myself, but we watched this one on TV, and she now is tuning in today. She’s tuning in for two days from now. She doesn’t care about any of the politics. She just wants the energy and the love from these rallies. I have a second story that’s very powerful, and it’s that we are a movement for all people. My very first Trump rally it was in California. I have “dragon energy” like Trump. So I wanted to be first.

The media can be harsh and draw a doubt. I thought, “Maybe we are all white men like me.” But I went to the Trump rally and I was first in line. I actually tied with a man who is a Muslim, an immigrant from Iran. He had voted Democrat for 40 years but he’s now all in for Trump. The next guy that shows up was a gay man dressed impeccably in a tailored suit from his grandfather — and this is eight hours before the rally in the California heat. The next gentleman was an 18-year-old young Mexican boy with a bag of peaches. He was there because he was embarrassed what these illegal immigrants have done to his own (crosstalk).

RUSH: We get the picture. I’m out of time. I don’t mean to be rude. The only question I have is: How do you know what a woman who didn’t know what a red hat was was doing if you weren’t there? I must have missed something. But I get the bit how broad based and diverse the Trump rally crowds are. That’s absolutely true.

RUSH: Okay. I got it. I didn’t understand it. I thought he was at a rally and a woman sat down next to him who didn’t know what the red hats were. I didn’t get that he was watching on TV and his girlfriend was sitting next to him. Transcription couldn’t keep up with how fast the guy was talking and I was looking at the clock because we were going to run out of time. So we get it right eventually, like we always do.