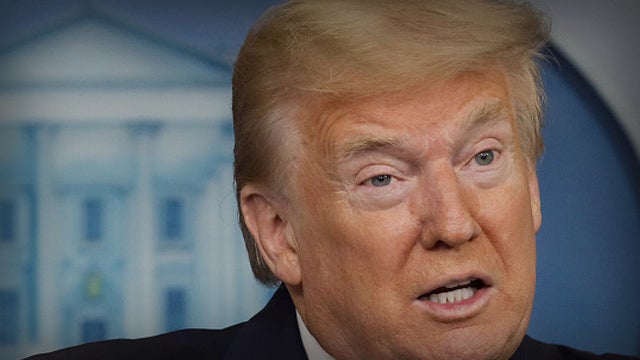 RUSH: I just was told that the White House Coronavirus Task Force briefing was moved back to 1:30. It was supposed to have started at 1 o’clock. They normally run 5 to 5:30 for a couple of hours, but because this is the Easter weekend, they are gonna run this thing earlier, and I’m looking forward to it. We’re gonna JIP it.

We’re gonna join it in progress. We’re gonna carry it. And I will provide online, current commentary. Now, the president is saying he’s getting a lot of pressure from his Wall Street friends to open the economy. If you listen to these briefings carefully as I do — you know, I’m one of the best listeners out there.

People think all I do is yap and yap and talk, but I keep my mouth shut. In the course of the waking day, my mouth is closed much more than it’s open, speaking. I listen. I absorb. That’s how you learn. And I’m telling you that Trump has set the stage daily for a couple of weeks now, even longer before that.

He’s setting the stage for opening this up. He’s telegraphing it to these people who don’t want it opened up, and the day is going to come where he makes it clear that he’s the boss here, that the virus is not the boss. Dr. Fauci is out saying, “The virus will tell us when we can reopen.” No, it won’t, because the virus doesn’t speak.

The president, in association with the governors, will tell us when we’re gonna reopen. And I’m telling you, this comment today that he’s getting (I don’t recall the exact word) pressure or whatever from his Wall Street friends? It just means that we’re headed in that direction. As I said, I think we could open some parts of the country this weekend. The president initially had Easter weekend as his perfect opening.

It’d be a beautiful opening. It’d be the best opening of an economy there’s ever been he said. Easter, perfect timing. That was an objective said that was aspirational, something he aspired to doing. Of course, the virus said, “No. I’m not gonna let you open up on Easter.” The virus is not religious, of course.

So the doctor said, “We’re not gonna open up on Easter.” But I’m telling you, Trump has the hammer. He’ll drop it when he thinks it is necessary.

RUSH: Jimmy in Jacksonville, Florida, great to have you, sir. Hello.

CALLER: Thank you so much, Rush. I am always comforted by when you say, “Folks, it’s not time to panic yet. I will tell you when it’s time to panic.” I haven’t heard you say that once during this crisis, and that is huge. Am I right about that? And are you holding back on us?

RUSH: Nope. I’m not holding back on you. It’s not time to panic yet because of who is in the White House. I know what the guy in the White House wants to happen, wants to make happen, and I know that he’s going to bring that off. It’s also not time to panic because I don’t sense the American people have given up. I don’t sense the American people have thrown up their hands and said, “Okay, this is it, country’s finished, gotta make do with what it is.” That’s not the attitude of most people.

Most people are, in addition to being scared, which, believe me, makes entire common sense, most people are starting to get antsy and they’re starting to get curious, and enough of them are chomping at the bit to get going that I think the reopening or revitalization is going to be sufficiently good. I just believe that the forces of good here are going to triumph. I don’t believe this is the defeat of the United States. If I thought that I’d tell you it’s time to panic. But I don’t believe panic is productive anyway, which is why my whole on air attitude here has been trying to quell that since I’ve had chance to be on the air during this crisis.