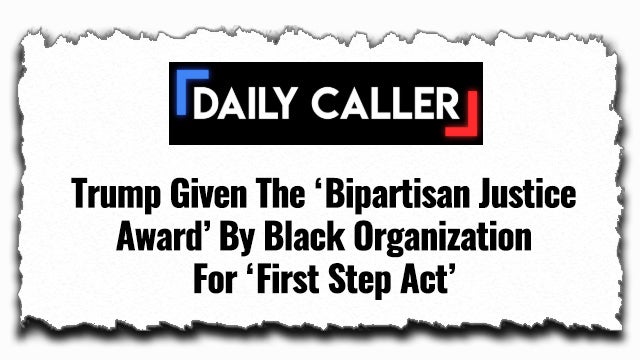 RUSH: This is a little story from The Daily Caller. And the headline: “Trump Given The ‘Bipartisan Justice Award’ By Black Organization For ‘First Step Act.’” Okay, on the surface, big deal. How does that make the cut, Rush? Well, let me tell you, once the Cummings memorial finishes, all of the following Democrats are gonna get on their climate change busting jets to fly to this event!

John Delaney, Cory Booker, Mayor Pete, Kamala Harris, Amy Klobuchar, Biden, Elizabeth Warren, Julian Castro, Tulsi Gabbard, Bernie Sanders are all flying their private planes down to South Carolina to attend this event put on by a black organization that is awarding their biggest annual award to Donald Trump. All these Democrat candidates are going to this conference to suck up for the black vote. But the organization is giving Trump an award because he’s so far ahead of all of them on criminal justice reform. I hope they get down there in time to see Trump actually get the award. 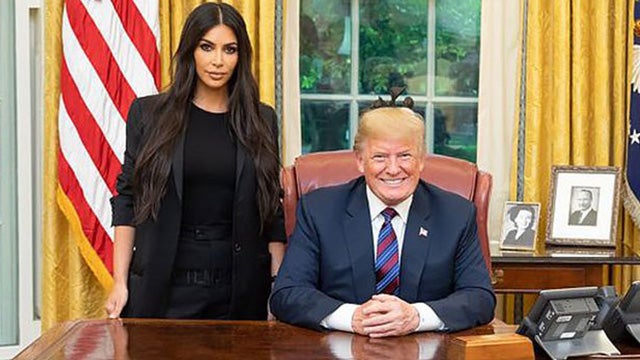 “President Donald Trump will receive the 2019 ‘Bipartisan Justice Award’ from a bipartisan organization of black leaders because of his work on criminal justice reform.” The award will be presented at the historically black college, Benedict College, in Columbia, South Carolina. That’s where Trump met the media earlier today on the way to the helicopter to fly to Joint Base Andrews to get on Air Force One to go down to this event.

The event is by “the 20/20 Bipartisan Justice Center, a group founded by twenty black Republicans and twenty black Democrats in 2015. The Bipartisan Justice Award is the highest honor given annually to a public servant who has demonstrated the ability to work across the aisle to achieve meaningful progress in reforming our criminal justice system.”

Trump’s getting the award. These Democrat candidates are heading down there today to try to suck up to this group for their support, 20 Republicans, 20 Democrats.

RUSH: So, Trump is getting an award from a bipartisan black group for his work on criminal justice in South Carolina, criminal justice reform. All the Democrat candidates are gonna leave the Wellstone memorial — I’m sorry — the Cummings memorial. It quickly became the Wellstone, a bunch of funeral crashers that showed up in there. Wait ’til you hear Bill Clinton. Man. Man. You’ve been wondering why we haven’t seen or heard Bill Clinton lately, you’ll find out in a minute.

Anyway, so all these Democrat candidates are gonna be sending themselves down there to South Carolina, in their fuel guzzling private jets, trying to suck up to this group for votes that just gave Trump their biggest award of the year.