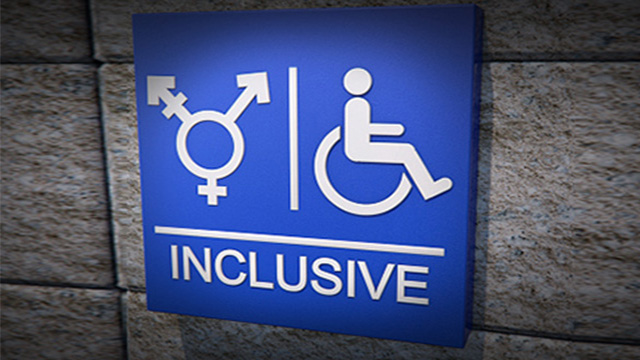 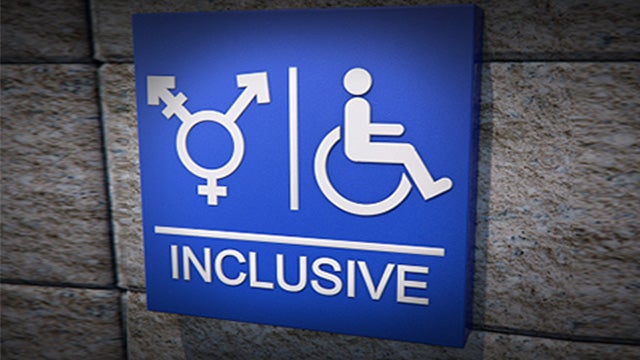 RUSH: Now, New York Times: “Anatomy Does Not Determine Gender.” Well, what is this about? Why in the world…? We’re talking about a percentage of the population that’s not even 1% here, and yet it’s become — this group of people has become — a major, major support group of the American left and the American media. For what purpose?

“Defining gender,” says the New York Times, “as a condition determined strictly by a person’s genitals is based on a notion that doctors and scientists abandoned long ago as oversimplified and often medically meaningless.” Are you kidding me? Determining whether somebody’s male or female as determined by a person’s genitals is no longer applicable and needs to be abandoned because it has been abandoned long ago by sensible scientists?

So this is the party of science, the Democrat Party: Science, consensus of scientists and so forth, climate change. “Researchers who have studied gender issues and provided health care to people who do not fit the typical pigeonholes said that the Trump administration’s latest plan to define gender goes beyond the limits of scientific knowledge.

“‘The idea that a person’s sex is determined by their anatomy at birth is not true, and we’ve known that it’s not true for decades,’ said Dr. Joshua D. Safer, an endocrinologist and executive director of the Center for Transgender Medicine and Surgery at Mount Sinai Health System in New York.” So you have a baby, and your baby has male genitalia.

But we’ve known for a long time that your baby is not male. Not necessarily! By the same token, you have a baby that has female genitalia? But, no! It’s not necessarily female, and we’ve known this for decades. Our anatomy does not say what it says. So then the New York Times asks, Well, then, “what does determine gender identity”?

” person’s powerful, core knowledge of who they are is not so clear.”

Here again is the doctor from Mount Sinai in New York: “‘We know that there is a significant, durable biological underpinning to gender identity,’ Dr. Safer said. ‘What we don’t know are all of the biological factors at play that explain gender identity. As far as we in the mainstream biological-medical community understand it in 2018, it is hard-wired, it is biological, it is not entirely hormonal, and we do not have identified genes, so we cannot specifically say it is genetic.’

“Genetics does play a role,” in determining your gender. “In studies of twins, if one is transgender, the other is far more likely to also be transgender if they are identical, rather than fraternal twins. Identical twins are…” What is going on here? “Anatomy Does Not Determine Gender, Experts Say.” A companion story here that’s also in The Stack. This is NBC News. “U.S. President Donald Trump said on Monday that transgender issues were in flux and he aims to protect the country after a report that his administration was considering defining gender as male or female based on genitalia at birth drew widespread condemnation.

“‘We have a lot of different concepts right now. They have a lot of different things happening with respect to transgender right now,’ Trump said … Asked about a campaign promise to protect the LGBT community, Trump said: ‘I’m protecting everybody. I want to protect our country.’ Under a proposal first reported by the New York Times on Sunday, the Trump administration would narrow the definition of gender to male or female at birth and it would be unchangeable later in life.”

Okay. You’re asking, “What’s going on?” Let me very simply and yet very controversially explain what’s going on here. This is all politics. Pure and simple, total politics, disguised as something else. The Democrat Party has embraced all of these various psychological disorders and abnormalities, and is in the process of trying to normalize them all by enshrining them as policy planks or issues in the Democrat Party platform.

And this is how we end up with people that represent 2/10ths of 1% of the population being given the whole weight of the Democrat Party thrown behind them to make their issue one in which the otherwise vast majority can end up being bullied into submission. I have long believed that. I just didn’t have the words. I had not stumbled across the correct way of expressing it, but I finally did. 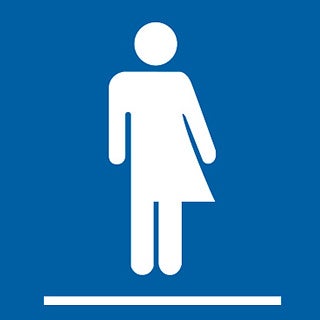 And this, of course, then turns the Democrat Party coalition into an even larger group of minorities. But it conveys political issue status to things that probably have no business being involved in politics. It’s a way to further — and this is the fundamental point. By embracing all these various problems and making them political issues, it’s another classic way of bullying and forcing things on a majority that you’re trying to overthrow or unseat.

And you do it by characterizing them as insincere, unfeeling — as racist, sexist, bigot, homophobe — or what have you. Now, this the latest story on this, the headline: “Feds Draft Plan to Discard Obama’s Transgender Ideology — President Donald Trump’s Justice Department will soon decide if agencies must follow biology when they describe the legal sex of American women and girls, men and boys, according to a document leaked to the New York Times.

“The policy would protect Americans’ civil rights from the transgender ideology which insists that everyone has an FBI-enforced federal right to switch their legal sex — regardless of their biology — when entering sports competitions, K-12 bathrooms, hospitals, gym showers, the military, or single-sex civic society groups. This transgender ideology was promoted in 2016 by former President Barack Obama and is being imposed by many federal and state judges, despite visceral public opposition and scientists’ criticism.”

So it’s part and parcel of the left (encapsulated by the Democrat Party) to force what is, by definition, by simple numbers, abnormal, to force that on the rest of society and confer normalcy upon it. And it is primarily to upset and to throw out of kilter what is considered normal or decent as has been popularly understood by people through the ages. It is an attack that is focused on the values that were present at the founding of the country and have survived since that continue to define America’s exceptionalism and greatness.

It’s all part of the same thing the American left is doing to attack essentially the standard decency and normalcy of what’s been considered to be American society and to throw it into upheaval.

RUSH: No, no. President Trump’s instincts in this transgender thing are right on the money. Why should transgenderism become a major political issue? We’re talking about such an infinitesimally small percentage of the American population, and yet it has its own ideology, which was planted and established by the Obama administration way back in 2016. For what purpose? How does it work?

Well, one of the… (sigh) We now have leftist doctors acknowledging the need for this and the importance by saying that biology alone is not enough to determine someone’s gender. Genitalia alone is not enough, you see? So now it’s gonna enter — it has entered — the scene as a bona fide political issue, which has all the requirements: It has people who discriminate. It has people who are sensitive.

It has people who are biased against them versus those over here saying (sobbing), “They — they — they — they’re so confused! They — they were born one way but they know they’re not, and society is punishing them and victimizing them and we need assistance,” and so the left gathers people to assume the role of championing the cause, which isn’t a cause. There is no blatant discrimination. There is no blatant bigotry or any of this.

What happens is that people are minding their own business one day and are confronted with the fact that a guy wants to use a girls’ bathroom on the basis that he’s not really a guy, and we in society are told, “You gotta put up with it. You gotta tolerate it! You can’t discriminate against it. You can’t be biased!” “But it doesn’t make any sense. A guy is a guy.” “Well, he doesn’t think he’s a guy! That’s the thing.” “Yeah, until he gets in there.”

This has been blown up now, and what I mean is you get enough… I’m telling you, you get enough unstable groups of people and properly motivate them and convince them that you’re gonna get the government to fix this and get even with the people who are mistreating ’em, and you can create — if you think of it this way — a group large enough to join the rest of your coalition that they’ll go out and help you win elections. There’s no doubt what this is, and Trump’s instincts on this are right on the money.

The idea that you can’t determine gender by genitalia is absurd!

They’re converting these mental disorders — which need to be treated by professionals. They’re converting them into political issues. They’re whipping up a bunch of anger and they are convincing these people that the mental disorder is really the result of Republican-conservative mistreatment and lack of government sympathy. So they’re gonna get even with people. They’re gonna get whatever is troubling people fixed and they’re gonna punish people who are responsible for it.

The Democrats used Kavanaugh to whip up the women’s vote.

The Democrats think that every one of their voter groups can be whipped up into action by pointing out the mistreatment of conservatives, Republicans, or what have you. They are using immigration and this caravan mob to whip up the Hispanic vote because they can see that Hispanic voter approval for Trump is skyrocketing. They are using the Khashoggi story to try to whip up the Muslim and Middle Eastern vote — and, of course, the journalist vote, which you don’t have to do much whipping up there because they own the journalist vote. 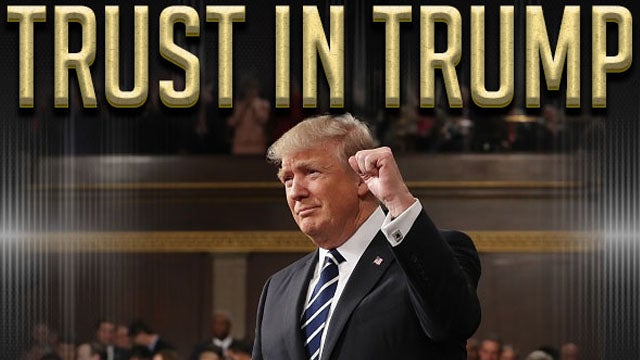 But all of these issues are being used to focus hatred on Donald Trump and to try to convince people that Trump is responsible for all of these things that have people so upset and so angry. Now they’re using transgenders to whip up the gay vote and other related people in the Democrat Party who are running around thinking that life is filled with nothing but unfair discrimination. You just wait. Let’s see.

Ha! You know how that works out.

And there is not any tolerance for homosexuals who are not part of the leftist bent, if you will.